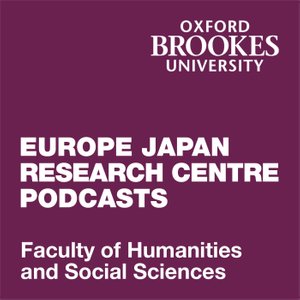 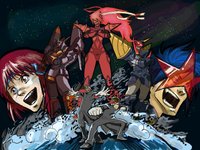 Anime is (Not) Cult: Gainax and the Limits of Cult Cinema

Japanese anime, a global phenomenon and a locally powerful industry, has a tendency to be viewed outside Japan in relation to its extreme content, lending it a ‘cult’ air. Through such discussions, it becomes easy to paint all anime as ‘cult’ without ever considering the wider implications of this Euro-American concept for Japanese media texts. Therefore, in this talk, I revisit the relationship between cult and anime in order to examine how and when the term might be useful, taking an industrio-historical view of the relationship between cult and anime. Gainax, one of Japan’s foremost anime companies presents a useful focus for this analysis. Formed out of an amateur collective to become one of the most (in)famous companies in anime history, Gainax has helped to make anime a global phenomenon. Moreover, the founders of Gainax have gone on, in some cases, to become important voices in the debates around how to conceptualise anime. By re-examining the competing discourses around anime and the idea of ‘cult’ media I argue for a more meaningful association between cult and anime. In essence, I argue that cult has only a limited usefulness in relation to anime, despite the fact that our early and main way of defining anime has been through its Euro-American ‘cultification’. This seminar took place at Oxford Brookes University on 22 November 2017. 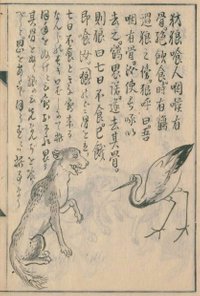 Aesop’s fables bookend early modern Japan’s image of a “closed country”. Their appearance in the late sixteenth and early seventeenth centuries, their disappearance and subsequent reappearance in the later nineteenth century, seems to symbolize the bracketing of Japan’s isolation from European literature. However, throughout the eighteenth and early nineteenth centuries, Aesop was never completely absent from Japan. The fables both form a link between the Portuguese-Jesuit heritage and Dutch studies, and go to show that there was an early modern Japanese interest in European discursive practices, however problematic its understanding may have been. This talk will briefly revisit studies of Japanese Aesop reception in the early seventeenth century and deal especially with fairly unknown Japanese interest in European fable literature, chief among them activities by the artist and author Shiba Kōkan (1747–1818). This seminar took place at Oxford Brookes University on 8 November 2017. 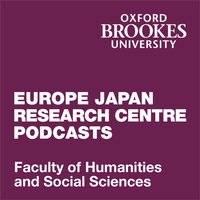 “Unhappy” and Isolated Youth: Representations and Experiences of Hikikomori in Contemporary Japan

Hikikimori is a category coined in the late 1990s to refer to 'youth social withdrawal,' and has been considered a social problem in Japan since the 2000s afflicting (mostly male) youth. Drawing on Mathews and Izquierdo (2009)’s four-dimensional model of well-being, this paper will examine what well-being means for youth in Japan by posting hikikomori as an issue that symbolizes youth ill-being. In so doing, I draw on examinations of media discourses and data from long-term ethnographic fieldwork. I will begin by providing an overview of the hikikomori issue as it is represented in media discourses. Based on this overview, I discuss ways in which youth isolation is problematized in physical, interpersonal, existential, and national/global dimensions of well-being. This seminar took place at Oxford Brookes University on 1 November 2017.

The Edo-period Japan (1603–1868) saw the emergence of an art music genre called Jiuta-sōkyoku. Some of the song texts were taken from classical literature, some were descriptions of nature, some celebratory, and some were songs about the emotions and thoughts of less fortunate women. Especially those in the last category were written for the specific purpose of being song texts, but how can we relate to these songs? In this presentation I give a number of examples and discuss the socio-cultural context in which they came about, and how we could relate to them in the different social context of the present day. This seminar took place at Oxford Brookes University on 25 October 2017.

On 15 August 1945, Emperor Hirohito announced Japan’s defeat in the Second World War to millions of his subjects. “Enduring the unendurable”, the nation was now to start on the road of peace and rebuilding. Yet for over 600,000 Japanese soldiers, the war was not to end on that August day. Defeated and captured by the Soviet Red Army in northeast China, these former soldiers were put in freight trains and taken to Soviet forced labour camps. For years they worked in various industries alongside Soviet prisoners and foreign POWs, longing for the day of return to their motherland. They underwent a well-planned propaganda education program that called them to stage a communist revolution upon return to Japan. Perhaps because of this education, they were greeted with suspicion and for many years struggled to take back their rightful place as Japanese citizens. In this talk, I trace the circuitous journey of the ‘Siberian internees’ from Manchuria to the Soviet camps, from camp to camp within the USSR, and finally back to the US-occupied Japan. Based on a large number of archives in Japanese, Russian, and English, I view the internees’ experiences as a transnational phenomenon, an event in global history, and not as a mere chapter in Japan’s recent past as it has been known for decades of postwar history. This seminar took place at Oxford Brookes University on 11 October 2017.

The Mouth of the Cave and the Giant Voice

It is a strange and bitter irony that the US naval bombardment which launched the Battle of Okinawa in 1945 was called the ‘typhoon of steel’, invoking the turbulent winds that annually buffet this small island. Okinawans in coastal villages, such as Sunabe where the US forces made their landings, sought shelter from this mechanical, yet elemental force of destruction in one of the many caves that scatter the landscape. War planes still fly over Sunabe today, from the United States Air Force base of Kadena. Distinguishing and measuring these sounds and their effects on the health and livelihood of Sunabe residents has been the work of a Japanese acoustic scientist, Kozo Hiramatsu. Over the past twenty five years he has listened to and made sense of these sounds through the stories of individuals like Yogi-san who as a child took refuge in the cave and after the battle returned to take up residence in a house adjacent to the boundary fence of Kadena. It is in resonant spaces like the cave (gama) where he conducted the interview that is the subject of this composed environmental recording, that we may hear how war memory becomes a way of listening to the environment and how Yogi-san’s words, solidified as text and witness to history and expressed through the mixing of the sounds of natural elements and military machinery convey the experience of many Okinawan lives like his, suspended between the American wars of the past, present and future. Link to the video, created by Dr. Cox and Professor Angus Carlyle (CRiSAP – Centre For Research Into Sound Arts Practice, University of the Arts, London) https://vimeo.com/124139457. This seminar took place at Oxford Brookes University on 5 April 2017.

Japan is increasingly characterised by late age at marriage and rising rates of singlehood. Women’s growing educational attainment and labour market participation are often argued to be the key reasons behind these trends. In particular, it is frequently assumed that the dominant gender norms which prescribe that women must shoulder most of the burden of domestic work and childcare are a greater barrier to marriage for women with higher earning potential. A number of existing studies analyse the effects of education and earning power on women’s marriage probability. These give us insights into actual marriage trends, but tell us little about the beliefs and attitudes behind these outcomes. This paper will look at the matter from a different angle. I will analyse the ways women with different levels of earning power advertise themselves in the marriage market. Such an analysis will offer a view into women’s beliefs about the characteristics of a desirable wife and how and to which extent working women are willing to balance their employment responsibilities against the expectations of a good wife. To do this I will analyse personal messages female Japanese marriage agency customers use to advertise their most appealing characteristics to potential marriage partners. The messages come from a 2008 customer database of one of the largest Japanese marriage agencies. This seminar took place at Oxford Brookes University on 8 March 2017.

How do the past, present and future interact in post-3.11 Japan: Examining the ‘future past’ in the SF manga Coppelion

This paper seeks to examine several manifestations of futurity in contemporary Japan through readings of a science fiction manga. It is interested in the relationship between historical time and subjectivity or, in other words, how people make sense of their contemporary experiences within discourses of the past, present and future. The paper offers no uniform vision of a future for or by Japan, but reveals that ‘futurity’ is a site of much contestation in the present as Japanese people continue to grapple with the triple challenges of economic, social and ecological change. This paper will examine how politics have been constituted in Japan after 3.11 by re-reading a pre-3.11 SF comic that foreshadowed an irradiated future. Coppelion (2008), a futuristic story about a 2016 nuclear catastrophe in Tokyo’s Odaiba district triggered by an earthquake, surprisingly speaks to the post-3.11 condition in multiple ways. The paper will address the following questions: What are the role of traditional time/space concepts (expressed in a present-ism and a national body strictly distinguishing inner and outer spaces) in understanding and criticizing the past and imagining possible futures? And how, in a given present that is often characterised in Japanese critical circles as a massive historical amnesia, are the temporal dimensions of past and future, experience and expectation, related? Most importantly, is there a vital and energizing political agency for the post 3.11 Japanese society? This seminar took place at Oxford Brookes University on 1 March 2017.

I never said it would last forever: On Contemporary Japanese Cinema

Between 1989 and 2004, over 40 Japanese directors were introduced to major festivals and distribution networks. In the last decade, barely a handful of young directors have managed to find an audience. Ryusuke Hamaguchi, Katsuya Tomita, Momoko Ando count among the exceptions. How and why did this happen? On the other hand, the number of retrospectives of Japanese filmmakers, established and in the margins of Japanese film history, has seen a surge all over the world, raising the issue of which Japan are audiences interested in, and which stories contemporary filmmakers are not telling. This seminar took place at Oxford Brookes University on 22 November 2016.

My presentation will approach the issue of Dowa Project Policies (DPP) by trying to suggest answers to the following questions: Should we regard the introduction of DPP as the acceptance by the Japanese state of its ‘positive obligations’ avant la lettre? Does an examination of the evolution of Dowa policy suggest a commitment by the Japanese government to human rights that has so far not been acknowledged? How is policy developing in the twenty first century following the end of the national level DPP? This seminar took place at Oxford Brookes University on 16 November 2016.