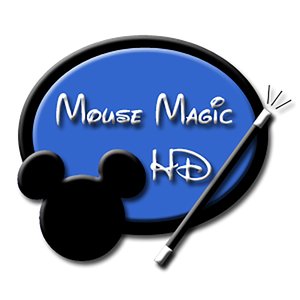 Mouse Magic HD is a High Definition Video Podcast that brings Walt Disney World in Orlando, FL into your home.

Episode 59 - Voyage of the Little Mermaid, "Part of Your World"

This week is a clip from the show Voyage of the Little Mermaid at Disney's Hollywood Studios. This is where Ariel is singing "Part of Your World". I would post the entire show, but unfortunately shortly after this song there were technical difficulties and the rest of the show was canceled.

This week we experience the Kim Possible World Showcase Adventure. We had never experienced it so the KP CM gave us China as it was one of the "better ones". I do have to agree, it was really cool. Now this episode is edited to purposefully leave out about half of this missions and also shot so you don't exactly know where the missions spots are (it also helped it was shot at night) however, if you do not want to be spoiled at all skip this episode.

This week we are still keeping it in the Magic Kingdom. We head on over to the Swiss Family Treehouse which an easily overlooked/passed by attraction. With that said though, I don't blame anyone as it is a walking tour and it is up and down stairs. Who wants to walk up and down stairs when you are already tired from running around the parks? In addition to that, there is nothing spectacular or jaw dropping to see. So enjoy as I do all the walking for you and you can sit back in your big comfy chair and experience this attraction.

This week we are at the Magic Kingdom to see a performance by the Main Street Philharmonic. This 12 piece brass and percussion plays classic ragtime tunes such as "Rag Time Band". They also perform Disney classics. In addition to shows on Main Street, the Philharmonic participate in the Daily Parade as well as the Flag Ceremony. There are many chances for you to run into them during the day and each performance within the day is different than the last.

This week we head over to Frontierland for The Country Bear Jamboree. This is recently after the refurbishment so the audio animatronics got their spit cleaning and the audio system was updated so you could actually tell what the bears are singing.

This week is a follow up of Episode 31. In that episode we took a tour of Mickey's house. Now it is time to tour his neighbor, Minnie's house. Mickey's house has a ton of details and I feel Minnie's has even more. Take time to look and touch everything. Minnie's house does not have as much flow as Mickey's so it may seem crowded and you may have to stop and wait, especially to get into the kitchen, but there is plenty to take in while you are waiting.

This week's episode features an attraction which I believe is lesser known. Despite being on the schedule it is easy to pass right on by the venue when there are no performances. Storytime with Belle in the Fairytale Garden involves audience participation and is great for those with younger children. Located behind and to the right of Cinderella's Castle and across from Cosmic Ray's be sure to check this attraction out.

This week's episode is another requested attraction. I did not have the raw footage yet so during marathon weekend I went and picked up The Enchanted Tiki Room: Under New Management. As always I hope you enjoy.

This week's episode is a longer one, but it is well worth the download wait (especially in High Definition!). This week's episode, if you have somehow missed it in the title, is of SpectroMagic. After a long day of running around the Disney parks I camped out a great location to be in the front and have all the floats coming towards me before making the turn at Liberty Square. Enjoy.

This week we head over to EPCOT for a ride on the recently refurbished Spaceship Earth with Dame Judy Dench as narrator. As you can see I had some issues with the touch screen (might be as this was my very first video I shot for the podcast) but if you have not had a chance to ride since the refurbishment and want to see it LIVE first then skip this episode.

This week we head on over to the Magic Kingdom and Tomorrowland for some Buzz Lightyear's Space Ranger Spin. Sorry about some of the camera work but I could not pass up playing while filming. I have to say I am impressed with my final score (which I will not spoil for you) as I had the camera in left hand and my right hand controlling the spinning as well as shooting. Maybe one day I will do a BLSRS tips episode so you can learn where to aim to get those huge scores.

This episode is from the Animal Kingdom. This is the very first few cars that went out into the savannah. I was searching hard for a giraffe to prove to Jonathan over at All About The Mouse podcast that they do exist. I did find one, but not where I usually spot them.

I held out on this episode thinking I could possibly get better footage however this is a highly requested episode. This week we travel back over to the Magic Kingdom for Wishes which I think is one of the best fireworks display I have ever seen. As always, enjoy!

Episode 15 - Pirates of the Caribbean

This week's episode we travel over to Magic Kingdom for Pirates of the Caribbean. This episode is of the updated Pirates with Captain Jack Sparrow and Barbossa. This episode is a request of one of our viewers. Even though it is a dark ride and some parts are hard to see we hope you enjoy the ride through experience.

Episode 14 - Festival of The Lion King

This week's episode is HUGE however it is because it is of Festival of the Lion King over in Disney's Animal Kingdom. I personally think this is the best show currently in Walt Disney World (yes even better then Nemo in the same park). As always enjoy the show.

Episode 8 - Pocahontas and Her Forest Friends

With the announcement that Pocahontas and Her Forest Friends show at DAK is being removed I found it fitting to post the video of it here for those who may have never and will never be able to see it live.

This episode may cause some "controversy" as this show is not always liked, you either love it or hate it. This week's episode is of the High School Musical 2: School's Out show at Disney Hollywood Studios. This show will only be around the Studios for a few more months and then it will be replaced by HSM 3 or that is what the rumor has been.

© 2020 OwlTail All rights reserved. OwlTail only owns the podcast episode rankings. Copyright of underlying podcast content is owned by the publisher, not OwlTail. Audio is streamed directly from Paul @ MouseMagicHD servers. Downloads goes directly to publisher.