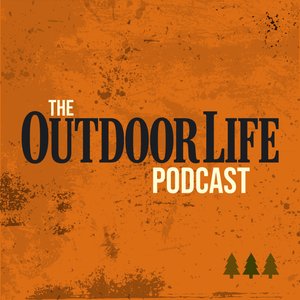 Outdoor Life has been publishing hunting, fishing, and conservation stories since 1898. Its flagship podcast brings deep-dive journalism to the issues that are most important to sportsmen and women. Hosted and produced by the editors with field reporting from our best contributors, the show airs weekly. 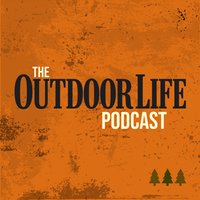 As the ammunition shortage drags on, there’s one bright spot for hunters and shooters: The Remington ammunition plant in Lonoke, Arkansas, is up and running, almost at full capacity. While Remington went bankrupt last summer and sold off its properties in the fall, the factory had all but gone dark. But last week, Remington opened its doors to a handful of outdoor media and we got to the chance to see how ammo was being manufactured, plus interview Remington employees. Remington ammunition is pushing hard to tell the story of its comeback. Afterall, it’s a more than 200-year-old American company that’s regaining its footing at time when there’s never been more demand for ammunition. But it’s also because they’ve got a bit of an uphill battle. The pervious Remington owners, Cerberus Capital Management (and then eventually its creditors), made year’s worth of bad financial and ethical decisions that hurt Remington’s quality and reputation. Overall, the “Big Green” brand story is still partly tangled up with questions around Remington firearms and lingering lawsuits from previous ownership. Read the full story here. Produced and edited by Senior Deputy Editor Natalie Krebs. Reporting by Editor-in-Chief Alex Robinson.

The National Wild Turkey Federation has been at the center of nearly every trend affecting wild turkey dynamics since its inception in 1973. Over its 48 years, it’s grown to about 250,000 members and has raised tens of millions of dollars to help state agencies increase the nation’s wild turkey flock to between 6 and 7 million birds. Now, however, the national turkey population has been slipping away from its high-water mark, set in the early 2000s after decades of translocations that established flocks in new or historic habitats. In some parts of the country, hunters and wildlife managers now worry that turkey numbers could once again slide so far that hunting seasons might close and aggressive restoration efforts would be required to sustain flocks. Ron Jolly is the co-founder of an upstart turkey conservation organization, Turkeys For Tomorrow that aims to help state agencies research and respond to turkey declines, specifically in the southeast. The group was formed just this year and already has several thousand “partners,” who contribute funds in exchange for a window decal and inclusion in the group’s communications and outreach. In this episode, Hunting Editor Andrew McKean talks to both organizations about the future of turkey conservation. Read the full story (and see the new NWTF logo) here. Find McKean’s series on changing citizen conservation here. Produced and edited by Senior Deputy Editor Natalie Krebs. Hosted by Editor-in-Chief Alex Robinson. Reporting by Hunting Editor Andrew McKean.

What We Got Wrong About Snow Geese

Despite the predictions that overpopulated snow geese would destroy the tundra (and thus themselves), it seems snows aren't actually eating themselves into extinction. They've adapted to find different wintering grounds. They migrate around the most pressured hunting areas, and they are even cropping up in new nesting areas where they've never been seen before. It turns out, there was plenty that hunters, researchers, and wildlife managers didn't know about greater snow geese, lesser snows, and Ross's geese—and still don't. In fact, we're just starting to ask the right questions, like: Why are snow geese expanding their range? Is the continued growth going to hurt other waterfowl species? Is the conservation season failing? And what does the future hold for snows and snow goose hunting? Here’s Associate Editor Joe Genzel on what we know so far. Read his full story here. Produced and edited by Senior Deputy Editor Natalie Krebs. Hosted by Editor-in-Chief Alex Robinson. Reporting by Associate Editor Joe Genzel. Special thanks to Tony Vandemore and Habitat Flats.

The Godfather of Axis Deer Culling on Molokai Island

Desmund Manaba was born and raised on Molokai, Hawaii’s fifth largest island and home to a staggering population of axis deer. He started hunting the non-native animals when he was eight, and has been watching their numbers explode ever since. Axis deer are destructive to the island’s terrain, vegetation, crops, and ranchland. But where there are indisputable problems, Manaba has also found opportunity. Senior Deputy Editor Natalie Krebs road around with Manaba during a nighttime cull. Read her full story here.  Produced and edited by Senior Deputy Editor Natalie Krebs. Hosted by Editor-in-Chief Alex Robinson. Supported by Camp Chef, Leupold and Nosler. Music in this episode by Harrison Black, Zep Jameson, and Emerson Lee via APM Music.

Why are so many outdoorsmen and women coming down with long-lasting cases of Lyme disease? Lyme has been around for decades and it's very common, especially in the Northeast. It turns out that there are conflicting opinions within the medical community over what it takes to detect and treat Lyme disease. Plus, there's a serious knowledge gap in areas where Lyme disease is relatively new. This week, tech and fitness journalist Tom Gerencer explains why this common disease is still such a mystery, and such a nightmare, for so many people. Tom's been researching and reporting on Lyme disease for years, in no small part because of his own chronic case of Lyme. Read his full report here. Produced and edited by Senior Deputy Editor Natalie Krebs. Hosted by Editor-in-Chief Alex Robinson. Reporting by Tom Gerencer, an ASJA content writer and editor for science, tech, business, and the outdoors. He's a regular contributor to HP Tech Takes and Boys' Life, with articles in The Boston Globe Magazine, Fast Company, Outdoor Life, and Costco Connection, and editing clients like Groupon, Poker.org, and Adorama. His book, "Think Like Google - Build SEO With Empathy" is now available on Amazon. Music by Rebecca Harris and Franklin Mocket (APM)

Why Do We Have Such Strange Hunting Laws?

Hunting regulations vary widely, and seemingly illogically, from state to state. This is partly because states have different habitats, species, and hunting traditions. But, it’s also because hunters (and the general public) can't seem to agree on ethical hunting practices. This week, contributor Christine Peterson explains how she recently got into reporting on hunting ethics and regulations while writing a story about a persistence antelope hunter. The hunter, Mike Wolfe, was attempting to run down an antelope and shoot it with a traditional bow. Read that feature story here. And find Christine's report on differing hunting regulations here.   Produced and edited by Senior Deputy Editor Natalie Krebs. Reporting by Christine Peterson. Music is by Loren Shane Humphrey (APM music). Clarification: Rifle hunters in Idaho are allowed to use scopes containing battery powered or tritium lighted reticles.

Where’s All the Ammunition?

We are in the heart of an unprecedented ammo shortage. But what’s causing it? Are ammo companies stockpiling supplies to intentionally increase demand (and prices)? Is the military buying up all the civilian ammo? Are ammo scalpers driving the price increases? And, when should you buy your next box of hunting ammo? We answer all those questions and more in this week’s episode. For more reporting on these topics, check out the following stories: Federal Premium's President Has Some Answers Is the Military Buying All the Civilian Ammo? The President of Black Hills Ammunition on Making Ammo for the Military, Price Gouging, Shortage Conspiracies, and More How to Buy Ammunition Online (Without Getting Totally Ripped Off) Scalpers Are Driving Up Ammunition Costs and Contributing to the Shortage Produced and edited by Senior Deputy Editor Natalie Krebs. Reporting by Alex Robinson, Andrew McKean, and David Maccar. Music composed and performed by Tyler Schwartz and Nicholas Fernandez.

An Alberta bowhunter named Shawn O’Shea killed an incredible 449 4/8-inch non-typical bull in September 2020. Even though that bull is an all-time world record, the story of the hunt went mostly untold until the Pope &amp; Young Club unceremoniously posted about it in late March. In this episode, Hunting Editor Andrew McKean tells the story of O’Shea’s hunt and explains why the modest bowhunter ultimately decided to get the bull scored and entered into the record books. Read McKean's full story and see photos of the bull here. Edited and produced by Senior Deputy Editor Natalie Krebs. Hosted by Editor-in-Chief Alex Robinson. Reporting by Hunting Editor Andrew McKean. Music by Matt Koskenmaki through APM Music.

What Really Happened to the Duck Hunters Who Were Killed on Reelfoot Lake?

In late January, a small-town crime made national news and shook the waterfowl hunting world to its core. During the final week of Tennessee’s duck season, two hunters were shot and killed on Reelfoot Lake. A third hunter—suspected of killing both young men—was missing for nearly a week before his body was discovered. One witness survived. All four men involved in the incident were loved and highly regarded by their friends and families. None of them had a criminal record. This week, we take an in-depth look at what the investigation has uncovered about this tragic shooting, discuss the survivor's side of the story, and examine the elements of the case that remain a mystery. Find the direct quotes from the survivor and read the full report here.    Edited and produced by Senior Deputy Editor Natalie Krebs. Hosted by Editor-in-Chief Alex Robinson. Music composed and performed by Tyler Schwartz.

Coming soon, the Outdoor Life Podcast is a brand-new series that brings in-depth journalism to the issues and controversies that are most important to sportsmen and women. It covers hunting, fishing, conservation, and more.  Hosted by Editor-in-Chief Alex Robinson and the editors of Outdoor Life. Edited and produced by Senior Deputy Editor Natalie Krebs.

© 2020 OwlTail All rights reserved. OwlTail only owns the podcast episode rankings. Copyright of underlying podcast content is owned by the publisher, not OwlTail. Audio is streamed directly from Outdoor Life servers. Downloads goes directly to publisher.