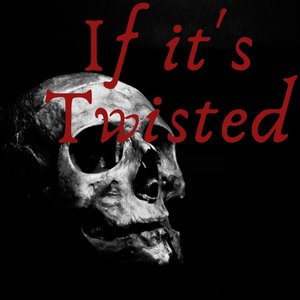 Welcome to If it's Twisted, the podcast that was birthed from one southern gal's love of all things spooky, ooky, cooky, and downright disturbing. Nothing's too taboo, so if you have a weak constitution, get ready to squirm. Goosebumps, noodly spines, and nightmares. Gather the children and let's get started! Got a story you want us to cover? Email us at ifitstwistedpodcast@gmail.com! 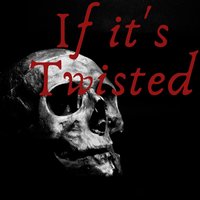 If the World Ends, Do I Still Have to Go to Work?

In this episode, Taylor and Jared discuss doomsdayers John Hagee and William Tapley, aka the Third Eagle of the Apocalypse. Are they on the crazy train, or do they know something we don't? Seals riding horses, Zombie Prince's Thousand Year Purple Reign, Satan's AOL dial-up, basil prayers, and the descent of Christian cinema. Climb aboard, it's a wild ride.

Couldn't I Just Fight a Lion Instead?

Whooooooooo this one's a doozy. Taylor and Professor Miller discuss something that makes EVERYONE uncomfortable: genital mutilation. You read that right, folks. From Africa to America, they discuss the risks and rituals of circumcision and genital cutting. Is it really more hygienic to have a beardless wiener? Or is it just cuter that way?  CONTENT WARNING: THIS EPISODE DISCUSSES GRAPHIC ABUSE OF CHILDREN AND ADULTS.

Taylor and Trey are back! This time, they've drug Trey's sister Kailee along for the ride! As usual, Trey only vaguely followed the prompt, and there are definitely random bursts of singing. Chatting about family values, supportive parents, and the sturdy stock from which they're built, Taylor, Trey, and Kailee take you back in time to when Ulysses S. Grant was president and the Bloody Benders terrorized the nation. Well, terrorized a small town in Kansas, at least. Trey talks about a group of men who called themselves family, and Kailee tells of two sisters who ran the world's worst brothel. After all, the family that slays together, stays together.

Dicking Down the Patriarchy

In this episode, Taylor and Trey can't stay on topic to save their lives. Trey's suggestion of discussing women who kill their abusers went flying out the window when he chose to cover the story of the infamous Evelyn Dick, a woman who had more men than Imelda Marcos had shoes. Taylor, however, chose a topic to fit the prompt, and discusses Brigitte Harris. A true heroine of the people. Honestly, both stories were chosen so they could say the word "dick" a LOT. But really, are you surprised?

Happy Pride one and all! And what better way to celebrate the LGBT community than talking about our killer queen Aileen and sexy leather daddy Patrick Kearney. Taylor and Katie give a call to action for the lesbians of the world, and as usual, burst into song at the most random times.  This episode is dedicated to those who lost their lives in the Pulse shooting, as well as anyone who lost their life because of who they loved. If it's Twisted will always be a safe zone for those who need it.

© 2020 OwlTail All rights reserved. OwlTail only owns the podcast episode rankings. Copyright of underlying podcast content is owned by the publisher, not OwlTail. Audio is streamed directly from If it's Twisted servers. Downloads goes directly to publisher.