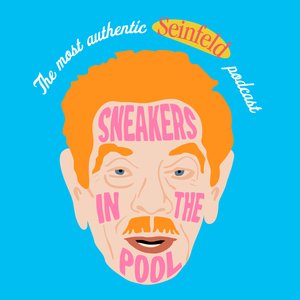 Sneakers in the Pool - The Most Authentic Seinfeld Podcast 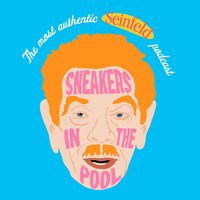 We're back! After a bit of a hiatus the boys are back discussing scones, drivel, and Laurence Tierney.

Season 2 is off to a pretty good start. This episode finds Jake and Tucker talking about how Uncle Leo looks like literal Zionist Nazi propaganda caricatures from the 1930s, why people who worked in Manhattan in the 50s and 60s loved talking about who they worked for, and Jake reveals that his grandma was from Poland, was named Manya, and may or may not have had a pony.Uncle Leo looking like Nazi propaganda: https://thebarchive.com/data/b/image/1537/46/1537464143129.jpg

Season premiere of season two! The boys do a deep dive into the Mendy's brand (it's a real place!), discover what a Chiropodist actually is, and explore the finer points of cantaloupe culture.

On this edition of SITP, the boys discuss the first ever season finale of Seinfeld and do a lengthy deep dive into Bed &amp; Breakfast culture. This episode also features a rare, relatively unknown segment from a really terrible Billy Crystal comedy album from the 70s as well as Tucker telling an epic saga about a spoiled grape purchase at 7/11.

The boys have a spirited debate about which lettuce is the trashiest (spoiler alert: it's NOT iceberg), and touch on topics of the day like danish, cordless phones, and the holy grail of egg salad.

The boys debate the differing schools of thought on coin toss interference and discuss walk-in closets, wall-to-wall carpeting, and why hollywood actors from the 70s are probably the biggest pricks of all time.

Pilot episode of Sneakers in the Pool, the most authentic Seinfeld podcast. Jake and Kessler discuss the first ever episode of Seinfeld and touch on 90s fashion, dry hair, shoulder pads and what is/isn't wrong with Lonnie Anderson.

© 2020 OwlTail All rights reserved. OwlTail only owns the podcast episode rankings. Copyright of underlying podcast content is owned by the publisher, not OwlTail. Audio is streamed directly from Sneakers in the Pool servers. Downloads goes directly to publisher.