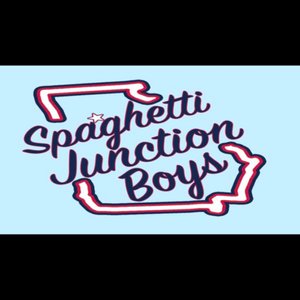 The We're Live Podcast is a sports and pop culture medium driven by Ben Ralston and Michael Quirk.

This week, Michael and Ben talk a little golf heading into Masters Week, Magic Johnson’s lack of tact, John Manziel’s lawn that needs mowing and an unruly Spirit Airlines passenger (redundancy intended). All that and more in this week’s We’re Live podcast.

This week, Ben and Michael go all in on the historic 2019 Master’s: how wrong Ben’s picks were, the threats to metereologists, Mike Francesa being more wrong than Ben and more. They also discuss whether or not you should fight your childhood heroes in the wake of the Capitals-Hurricanes series, Kim Kardashian trying to be a lawyer, and more.

Michael and Ben are back after a week off for the holidays. They discuss live mascots attacking each other, Ben learns new information about the history of bulldogs, minor league hockey dog races, traffic etiquette and more.

The Gamblin’ Dans had another winning week, and give you five more picks each to help you pay for your Christmas. They also discuss whether or not you have to flush urinals, the decline of Tom Brady, college football recruiting and they play a new game called Jose or Ye, where Michael must guess if a tweet was written by Jose Canseco or Kanye West.

OJ's Twitter, The Mascot Hall of Fame and Squirrels on Meth

Ben is in God-knows-where, Virginia, so Michael is joined by guest host, Ricky Doverspike. The guys discuss the Hawks' efforts in the NBA Draft, a runaway golf cart at the US Open, OJ Simpson not understanding why people be hatin' sometimes, the Montreal Rays and more.

Ben and Michael discuss March Madness and the crock of shit that makes up the NCAA, possible replacements for Alex Trebek and whether or not The Rock is a quintuplet, Ronald Acuna and more.

Paul Pierce Pooping his Pants, Cows Pooping in a House and the Las Vegas Bowl

The guys break down the NBA Finals, whether or not Paul Pierce pooped his pants, a group of cows ruining a new house in Montana and why Leveon Bell trusts more people than he should.

Kawhi Leonard, Braves on a Roll and Romantic Hijackers

Michael and Ben discuss the Raptors winning the NBA title and the anomalous Kawhi Leonard, O.J. Simpson's life after prison, the richest athletes in the world per Forbes, a smitten hijacker in India and more.

Ben is out this week as Ricky and Michael discuss the British Open and why golf needs villains. They also touch on the Braves when it's OK to break up a perfect game with a bunt, preview the Falcons' preseason opener, Zion Williamson's lovability, Buzz Aldrin punching guys, Mike Gundy nailing his son's mom and more. Oh, and birds aren't real you idiots.

Ben is out this week, so Michael is joined by Ricky Doverspike. The guys discuss the craziness at the end of the Kentucky Derby, what's in John Daly's golf cart for the PGA, Enes Kanter's Ramadan challenges, mystery Airheads and more. They also give a definitive ranking of chain TexMex restaurants.

Michael and Ben discuss how "humbled" they were about the national title game, give a full dissection of Alvin Kamara's Twitter feed, and are introduced to the escapades of Anthony "Doo-Doo Butt" Ward. As always, they give their picks against the spread in Gamblin' Dans, discuss the worst parts of their week and free-wield their 1st Amendment rights at the end.

Michael and Ben break down the NFL Draft storylines from Daniel Jones to Quinnen Williams’ sneeze to Jim Brown forgetting what year it is. They also give ESPN free unsolicited advice on who should’ve replaced Jason Witten in the Monday Night Football booth, play “real or fake” with Kentucky Derby entrants, discuss beluga whale spies in Norway and debate the best sports achievements over the age of 40.

Ben and Michael discuss the blown call and Tom Brady on third downs from the championship round, a man in Oregon who risked it all, plot holes in The Mighty Ducks, and Brooks Koepka’s lower half. No Gamblin’ Dans this week, though the guys are sure to get in a full Atlanta Sports Hour and Dissect This Tweet featuring Alvin Kamara.

Ben is back, and he details how Michael and his wife ruined his weekend. The guys also discuss the Atlanta Hawks' draft, Robert E. Lee Elementary, NBA free agency, Henry Rybinski's draft day and whether or not Michael can be bought, Dr. Marijuana Pepsi and more.

Trouble in Paradise for ARod, NFL Tampering, and Outdoor Bedrooms

Michael and Ben discuss the good (the engagement), the bad (the ring) and the ugly (the Jose Canseco tweets) of Alex Rodriguez and Jennifer Lopez agreeing to get hitched. They also discuss how much trouble they were apparently in as youths, whale and jaguar attacks, Donald Trump’s club golf championship defense, NFL agree agency and we have a debate, REBECCA.

Michael and Ben take a deep dive into the Lakers’ dysfunction, a woman selling “slightly-used” breast implants on Facebook, RJ Hampton taking his talents to Kiwi country, and a man dying from swallowing 246 cocaine packets. All that and more on this week’s We’re Live Podcast.

Ben and Michael discuss March Madness and the crock of shit that makes up the NCAA, possible replacements for Alex Trebek and whether or not The Rock is a quintuplet, Ronald Acuna and more.

This week Michael and Ben discuss NHL/NBA Playoffs, keeping exotic animals only to fight them, Mark Emmert's worst look yet, PGA Superstars not acting like stars, and more.

Michael and Ben are back after the Fourth of July break, joined by Ricky Doverspike, with the NBA offseason, the 2019 MLB Home Run Derby, a weird transition from Billy Ray Cyrus's Twitter account, multiple dismembering attempt stories and we ask if you would trade moose meat, lobster meat and your own meat for a better grade in class.