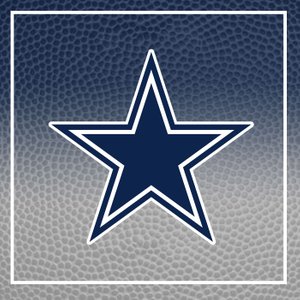 Stay up-to-date with America's Team with the official podcast feed of the Dallas Cowboys.

Join Brad Sham and Taylor Stern as they chat with special guest Dak Prescott on the Miller Lite Cowboys Hour!

Hear from Jaylon &amp; Rod Smith as they sit down with Taylor Stern and Brad Sham on the Miller Lite Cowboys Hour!

Stephen Jones gives his thoughts on the home playoff win over Seattle and the upcoming divisional round matchup at Los Angeles.

Talkin' Cowboys and The Break bring you their final thoughts on the preseason.

On 105.3 The Fan, Cowboys head coach Jason Garrett discusses the key factors in Saturday’s playoff loss to the Rams and the team’s overall season in 2018.

Anthony Brown and Connor Williams are the player guests on the final Miller Lite Cowboys Hour of the season.

On 105.3 The Fan, Jerry Jones discusses Amari Cooper, the O-Line coaching change and the team's urgency to build momentum after the bye week.

Talkin' Cowboys and The Break combine to discuss the drama coming out of the cut to 53 and the release of Dan Bailey.

Cowboys COO/Director of Player Personnel Stephen Jones talks with 105.3 The Fan about the Cowboys' outlook for the offseason, the coaching staff and more.

Dak Prescott talks with the media regarding the his growth during #CowboysCamp with the new receivers &amp; the "brotherhood" the team has formed.

Jason Garrett meets with the media for the final time before the Cowboys head to San Francisco for their first preseason game of the year.

Stephen Jones joins 105.3 The Fan to give his thoughts prior to Dallas' week one kickoff in Carolina.

Jason Garrett holds his Sunday press conference prior to the annual Blue/White Scrimmage.

© 2020 OwlTail All rights reserved. OwlTail only owns the podcast episode rankings. Copyright of underlying podcast content is owned by the publisher, not OwlTail. Audio is streamed directly from Dallas Cowboys servers. Downloads goes directly to publisher.