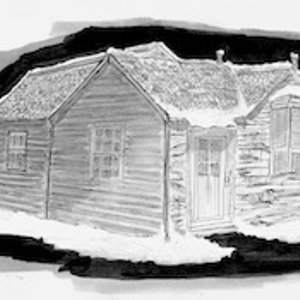 Next Christmas in Girouette is a full-length novel for people of all ages—nine to ninety-nine—who want to share a heart-warming literary adventure at Christmastime. Set on the eastern slopes of the Rocky Mountains in Montana, this is the story of a brother and sister—Autry and Oxana Quinn—who find themselves stranded in a Girouette, a virtual ghost town, from Thanksgiving through Christmas when their father is taken ill. Their grandfather, a Marine Captain long retired, plus an eccentric old café owner, a Blackfeet Indian horse trader who was once the town’s mayor, a couple who published the local newspaper and an ancient deaf-mute trapper are the only remaining inhabitants of Girouette. These self-styled “diehards” all seem to have one thing in common. Thanks to a mysterious event 60 years earlier, they still believe in Santa Claus.Next Christmas in Girouette features something for everyone: carefree cowboys who race their horses over snow-covered country roads, a team of wolves trained by a mountain man to pull a sleigh, a stroll that nearly turns tragic on a treacherous buffalo jump, a serialized newspaper story titled “The Adventures of Rocky Mountain Santa,” a desperate attempt to escape from an abandoned copper mine, a night-time journey through the mountains on a frozen river and finally the miracle that delivers wayfaring strangers to Girouette during a white-out on Christmas Eve.The book revels in the solitary beauty of winter in Big Sky Country, the enduring wisdom of the elderly citizens of Girouette, the excitement of frontier history coming to life, the inspiration of a family healing itself and the magic of an old-fashioned western Christmas. Read Next Christmas in Girouette with your family this year, and you’ll want to revisit it for years and years to come at holiday time.

In the Epilogue, Autry and Oxana exchange theories on where the valuable presents came from and what happened to the Rocky Mountain Santa.  From the Cupola atop the haunted hotel, they begin to plan their next Christmas in Girouette. 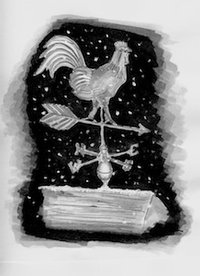 In Chapter Thirteen, Autry and Oxana are witnesses to yet another inexplicable mystery, when all the children who show up in Girouette are treated to valuable vintage presents on Christmas morning. 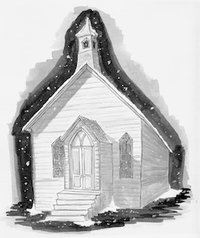 In Chapter Twelve, Autry, Oxana and The Captain—along with the other inhabitants of Girouette—find themselves playing host to a horde of families lost in a snowstorm on Christmas Eve. 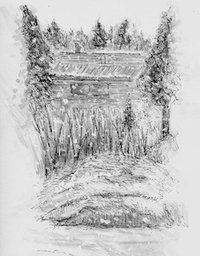 In Chapter Eleven, Oxana discovers—on Christmas Eve—what went wrong in the relationship between her father and The Captain, and determines to make it right once again. 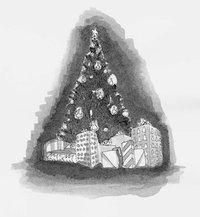 Girouette 10: Autry Relives the Mystery in a Dream

In Chapter Ten, Autry has a dream in which he becomes his grandfather and relives the events of 60 years earlier when The Captain crossed the impassable Rockies in a sleigh drawn by wolves.

Girouette 09: Why the Captain Never Believed in Santa

In Chapter Nine, Autry and Oxana, with all their elderly friends sitting around the deSpain’s fireplace, are dismayed to hear The Captain explain what really happened on Christmas Eve 60 years earlier. 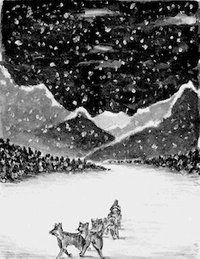 Girouette 08: The Unsolved Mystery of Christmas, 1940

In Chapter Eight, Autry and Oxana listen as Imo, Edgar, Joe and Ron Running Elk, a Blackfeet Indian, recount the mysterious events of Christmas 1940, which left them all believing in Santa Claus. 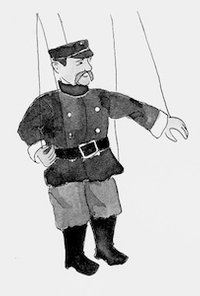 Girouette 07: Lewis and Clark Winter in the Rockies

In Chapter Seven, Autry and Oxana, learn about the early years in Girouette through a story that weaves the history of Lewis and Clark with the magical beginnings of the Rocky Mountain Santa. 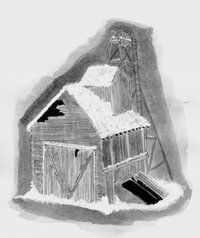 In Chapter Six, Autry and Oxana are nearly trapped in an abandoned copper mine.  Later, challenged by a cowboy, Autry competes in a race on a barely broken gelding across the snow-covered prairie.

Girouette 05: A Skull On Top of the Washboard

In Chapter Five, Autry and Oxana begin to learn about their grandfather, The Captain, when he drives them up into The Rockies on Going-to-the-Sun Road and shares a strange local legend with them.