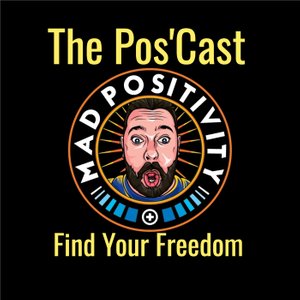 The Pos'Cast - Helping you learn and Grow with Businessmen, Entrepreneur's and mind set coach's as-well as other influential people tell there story to help build welth, business, fitness and life stability. 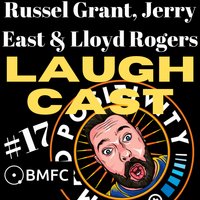 In the first-ever laugh cast, I'm joined by my partner in crime with Russel "The Hustle" Grant and our special Guests Jerry "The Beast" East &amp; Lloyd "Thor" Rogers. we discuss everything from lockdown to 16-second farts! Enjoy!!! 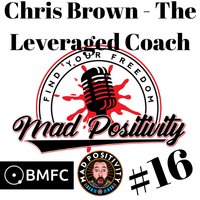 this week myself and Russell are joined by Chris Brown - The Leveraged Coach, Chris prides himself to Help Driven Coaches &amp; Consultants, Scale &amp; Grow Their Business to Multiple 6 Figures &amp; Even 7 Figures Per year With Simple, Easy to Implement Strategies. we discuss, lockdown, family and what motivates Chris to be the mentor his is today. 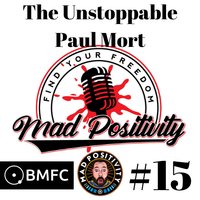 15: The Mad Positivity Pos'Cast Episode #15 with The Unstoppable Paul Mort

A Straight Talking, High Performing Leader of Business Men. Formerly Suicidal, Overwhelmed, Diagnosed Bi-Polar. Stood on the Edge of a Cliff, Ready to end it all... Until his Wife stood in front of him And asked him ONE Pivotal Question."Do you really want the kids to grow up as the kids whose Dad killed himself..."At that moment Paul knew he had to fight one last fight for his family. And set upon seeking out the worlds foremost experts and since - his books, courses, videos and content has literally reached the lives of millions of people... Now Paul spends his time coaching men around the world to RECLAIM their power, take control, find clarity, direction and inner peace while lighting a FIRE under their ass to CHASE their dreams and lead their family.Current UK Master Coach Of The Year, World Class Coach &amp; International Speaker, Leader Of Men. Email 👑.Dad of 2. Husband. Business man. Lover of Boxing and BJJ. Author of “F*cking Unstoppable”unstoppablebooks.com 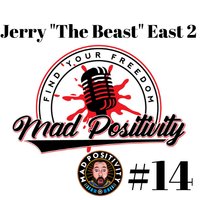 14: the Mad positivity podcast Episode #14 with jerry the beast east 2

Jerry"The Beast " East 2 The Pos'Cast - Episode #14 with Jerry "The Beast" East, jerry is a multi gym owner, multi-property owner, Successful Businessman, Fitness entrepreneur and Mind Set Coach, as well as the bodybuilder owner of SAS and ABC gym in Essex, This Week jerry and myself, discuss what it's taken to sustain the empire jerry, has as well as the sacrifice on the way, his struggles and changes throughout the lockdown and how the industry will and has changed the future of fitness.  balance life and work and how to move forward in the fitness industry. Jerry's work ethic and can-do attitude has shaped the fitness industry in new forms as well as paved the way for an evolution that will rock the fitness industry. 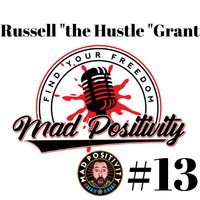 The pos cast episode #13 I catch up with my wingman and brother from another mother, Russell the hustle Grant. we dive in where we left off and catch up on business and future plans for the year. back in the saddle! 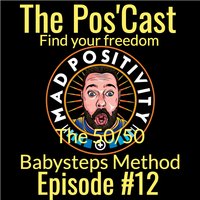 The Pos'Cast - Episode #12 I talk about the 50/50 method that has helped my clear off bad debt and build a substantial passive income over the years, we discuss the path to becoming debt free and then the recovery to build passive income and a financial foundation to build a secure future. with the end goal of lasting financial freedom. 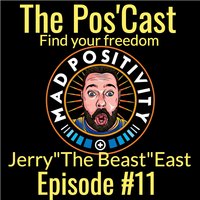 The Pos'Cast - Episode #11 with Jerry "The Beast" East, jerry is a multi gym owner, multi property owner, Successful Businessman, Fitness entrepreneur and Mind Set Coach as well as the body builder owner of SAS and ABC gym in Essex, This Week jerry, Russell and myself discuss what its taken to build the empire jerry has as well as the sacrifice on the way, who to balance life and work and how to move forward in the fitness industry. Jerry's work ethic and can do attitude has shaped the fitness industry in new forms as well as paved the way for an evolution that will rock the fitness industry. 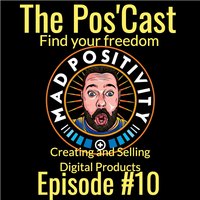 The Pos'Cast - Episode #10 I start to cover in detail and discuss the main steps on How to create and sell digital products online, from beginner to advanced this is a first look at what we cover in the next few pod casts in detail to build a how to guide to growing an online business. 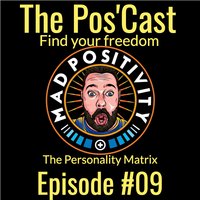 The Pos'Cast - Episode #09 with my partner in crime Russell Grant personal trainer, Businessman, entrepreneur and Mind Set Coach, This Week Russell and myself discuss the 4 sections of the personality matrix, what it takes to be more and to feel like you want more and how to get it, own it, knowing the difference between being in the game and not being the victim. 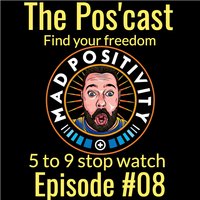 The Pos'Cast - Episode #08 this week i discuss all the time your sitting there doing nothing, nothing will happen! But the second you take action, you press the stop watch button that starts the count down to your goal and thats the 5 to 9 stop watch.  the It’s not about what you do during your 9 to 5 that defines you, this is your job and its purpose is to pay the Bill’s and finance your plan to build your dream, what really matters is what you do after your 9 to 5 this is the time that will determine your entire future!

© 2020 OwlTail All rights reserved. OwlTail only owns the podcast episode rankings. Copyright of underlying podcast content is owned by the publisher, not OwlTail. Audio is streamed directly from john downham servers. Downloads goes directly to publisher.