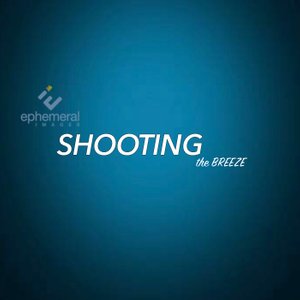 Laying up a different take on the world of Womens professional basketball.With the upcoming Womens World Cup in Sydney there's no better time!Follow us on twitter: @theBreezePod 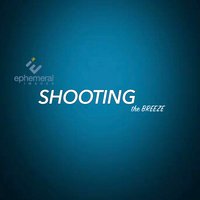 This is one of our most personal episodes. We called it Vlad the dad because this little story says so much about what we regularly come across and is why we want to produce meaningful content that improves the Women’s basketball landscape.You get a little insight into why we produce Shooting The Breeze. It let’s us share incredible stories from the grassroots to the elite of Women’s Aussie Hoops and to have real conversations that hopefully highlights ways to improve the sport. We’ve also included a look back at some choice bits from Episodes 31-34 as part of our first playback in this series – but check out the episodes there’s a lot more in there to unpack!These episodes feature an array of amazing individuals like:Ep31: Christy Collier-Hill GM Deakin Melbourne BoomersEp32: Sandy Brondello Opals &amp; Phoenix Mercury Head CoachEp33: Lauren Nicholson Townsville Fire WNBL playerEp34: Leigh Gooding GM Wheelchair BasketballWe do this for all the young aspirational girls who can take on the world!Subscribe to Shooting the Breeze on all main podcast platformsShooting the Breeze in on twitter: @theBreezepod

This week we’re all about steel wheels as we’re joined by Leigh Gooding.Directing Basketball Australia’s Wheelchair programs is one of the many hats he wears and the one we’re talking about.It’s been a tough time for wheelchair basketball for the last year but with the Tokyo games rapidly approaching we talk about preparations for the games, upcoming local tournaments, new and exciting pathways for our youth and watching the sparks fly when the action gets frantic!These inspirational athletes deserve more airtime and commercial support given how successful they are on the world stage. We count down 88 days for the Rollers and Gliders to embark for Tokyo and the Paralympics in pursuit of another Gold. #ReadySetTokyoJoin us as we go Rolling Down The Keyway with Leigh GoodingLeigh is on twitter: @ScootaGoodingSubscribe to Shooting the Breeze available on all key podcast platforms.Follow us on twitter @TheBreezePod as we swish into the world of Aussie Women’s basketball.

While waiting for the announcement of the next Opals team selection, we caught up with Sydney basketball hot shooter Lauren Nicholson. Loz looks back at the challenging start to her first WNBL season with her hometown Sydney Uni Flames that ended with the 2017 WNBL Championship, and her pinch-me moment “some people go through and play 15 years of WNBL and never get a Championship” followed by three years in Adelaide that helped her develop her game.There was never any doubt about her Opals contention having been to 3 grand finals in the last 5 seasons.For the upcoming WNBL season she’s returning to the Townsville Fire and re-teaming with Coach Shannon Seebohm after experiencing her “funnest most successful year”.The hub season fired up Loz who added to her strong defensive game an exciting offensive effort delivering a second highest in the league 18.9 points per game, only beaten by Liz Cambage. A down to earth baller that has played around Australia to sharpen her game, at heart she is a family girl with big dreams to play amongst the best in the world and help female basketball players of the future, “if we can grow it now, and get the grassroots up and coming…”Follow Loz on twitter: @Loz_NicholsonSubscribe to Shooting the Breeze available on all key podcast platforms.Follow us on twitter @TheBreezePod as we swish into the world of Aussie Women’s basketball.

Our very special guest on this episode is Opals and Phoenix Mercury Head Coach Sandy Brondello.This fiercely competitive Aussie has gone from the sugar cane fields of Mackay in North Queensland to the world stage of women’s basketball leading the mighty Opals towards the Olympics and the Sydney hosted FIBA Women’s World Cup in 2022.Advocating for and demonstrating the impact of female representation in basketball Sandy is one of only five women coaching in the WNBA.She shares her dreams for all Aussie girls who look up to their Opal role models. Relishing the opportunity the Olympics represents and how the Women’s World Cup addresses ‘the need for more games on home soil’ to showcase the game and the depth of unbelievable Australian talent.She also dishes on what makes our Aussie players so special on the world stage and prepared for any league in the world.On the eve of the 25th WNBA season Sandy talks about the roles and responsibilities of Head Coaches and how she balances that reality at the Phoenix Mercury with her own family. Giving us a great insight into last season’s Florida bubble experience and her strong sense of family culture within her teams by acknowledging that “we’re not just players or coaches we’re also mothers and wives.”An open and enlightening conversation into the evolution and thoughts of an inspiring Australian player, brilliant Coach and mum of two, Sandy is a fantastic role model with a true-blue nickname... listen out for that gem!Follow Sandy Brondello on twitter: @SBrondelloSubscribe to Shooting the Breeze available on all key podcast platformsFollow us on twitter @TheBreezePod as we swish into the world of Aussie Women’s professional basketball.

Welcome back to Shooting The Breeze! We talk with Deakin Melbourne Boomers General Manager Christy Collier-Hill about the 2020 North Queensland WNBL hub season and the team’s experience. Also on the agenda is the challenge of the COVID era and getting fans back to home stadiums ‘everyone’s got to play their part’… and the elephant in the room - broadcast - but more on that later.A strong advocate for developing women’s professional sports Christy sees the opportunity presented by the Olympics and the Women’s World Cup as a way to raise the profile and grow women’s professional basketball in Australia.Lots to unpack here as we embark on the next series of Shooting The Breeze and a new era of basketball coming our way!Christy is also a passionate advocate of breast cancer survivors as a director at Dragons Abreast Australia and founder of The Pink Movement.Join us and subscribe to Shooting the Breeze, available on all key podcast platforms and follow us on twitter @TheBreezePod as we swish into the world of Aussie Women’s professional basketball. With two landmark back-to-back events in the Tokyo Olympics and FIBA Women’s World Cup 2022 in Sydney - the stage is set for sensational basketball!

Shooting the Breeze Episode 30 Playback #3Welcome to the third instalment of our Playback series on Shooting the Breeze highlighting choice bits from podcasts Episodes 12 through to 15.From Ep 12 we get an insight with local Sydney player Vanessa Panousis, currently playing in Europe, of her time with the Flames in 2018 and how she handled one of our toughest seasons.From Ep 13 we reminisce with Basketball NSW Hall of Famer Annie La Fleur on the Sydney 2000 Olympics and her impactful role at FIBA Oceania.In Ep 14 we chat with current Flame Shanae Greaves about our WNBL 2017 Championship, chemistry with teammates and the fitness required to play under the post.Finally from Ep15 we check in with Al Kunek about her role as mentor to younger players and her MVP season at the Flames last year as she eyes the 3x3 at the Tokyo Olympics.Tune in and enjoy!

In Ep29 of Shooting the Breeze we chat with twins Carly and Chris Boag. The Boag sisters have that twin telepathy thing happening finishing each others sentences. Our dynamic duo are probably the only twins that play side by side in the same professional basketball team. In her fourth year playing for Sydney Carly had a big impact for the team in our 2017 Championship year, joining her on court this season is twin sister Chris. They both jumped onto the podcast from the WNBL hub for a fun informal chat. Tune in as we gain a little insight into an unusual season. The opportunity is not lost on our twins, who are enjoying the chance to reconnect after playing oceans apart in the last year. A pretty special experience to hang out and play alongside each other, their exchange on alter ego movie characters is priceless. Get to know Carly and Chris and what makes them tick. Enjoy!

In Ep28 of Shooting the Breeze we chat with new Flame Anneli Maley as she embarks on her first season for Sydney in the Far North Queensland WNBL hub.The tropic tussle has turned up the heat on and off the court in the most challenging season ever and Maley is loving it. Her natural up tempo, physical game is a great fit at the Flames. She chats about her future goals in basketball, playing with like minded players and her need to balance playing professional basketball with her passion for creative pursuits.She has literally soared with awe inspiring rebounds, with a 20 board game against the Perth Lynx.It's a must listen for all basketball fans and players with great insights in being your best self on and off the court.

In Ep27 we chat with Mary Konstantopoulos ‘Mary K’ from Ladies who League.A trailblazer in Aussie women’s sports since 2013.Mary Konstantopoulos, better known as MaryK from Ladies who League is our guest on Shooting the Breeze this week.Often attending Sydney Uni Flames games with her mum by her side, MaryK is not only a passionate sports fan she advocates that ‘bums on seats’ are the most potent support for women’s sport regardless of code. As a regular contributor to The Roar she lends her voice to the idea that women can fully participate in professional sports and that young girls can be what they see in the sports arena.Listen in for great insight and an independent perspective from a member of our Flames family on women’s sports and the incredible opportunities the Olympics and the Women’s World Cup provides women’s basketball.Enjoy!

It’s Episode 26 of Shooting The Breeze and our guest is new Flame Lauren Mansfield.A seasoned player with a cool head Loz is a valuable addition to the team for the pressure cooker that is the WNBL Tropical Tournament.We got some time with Loz before she headed to the hub and got a sense of how keen she is to hit the hardwood in the game she loves.Get an insight into how the team has connected in pre-season and how she can’t wait to start the journey ‘with a great bunch of people’.Get to know Loz the player and person. Enjoy!

© 2020 OwlTail All rights reserved. OwlTail only owns the podcast episode rankings. Copyright of underlying podcast content is owned by the publisher, not OwlTail. Audio is streamed directly from ephemeral images servers. Downloads goes directly to publisher.