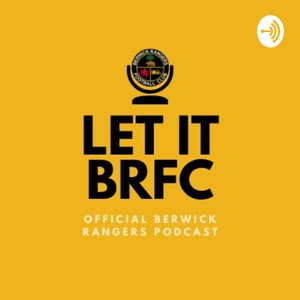 'Let it BRFC' is a weekly podcast covering all things Berwick Rangers. 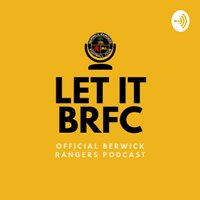 Pogo joins the Let It BRFC podcast, featuring a special guest co-host in Eric Tait, to discuss his favourite memories from his time with the 'Gers.

Dennis McCleary joins the Let It BRFC podcast to discuss his 50 year association with the club. He also talks through his all time Berwick Rangers XI and plans for the future.

Craig Reid joins the Let It BRFC podcast to discuss his recovery from injury, thoughts on his first season and hopes for next year. Note: this interview was recorded prior to the announcement of the early curtailment of the season

Lewy Barr joins the Let It BRFC podcast to discuss his recovery from injury, contract renewal and the launch of his own podcast. This podcast was recorded prior to the confirmation of the early curtailment of the season.

The Let It BRFC podcast caught up with teenager Ciaran Heeps, who has signed a contract for the 2021/22 season.In the episode, Ciaran chats about why he signed for the club, being in first-team training + more. 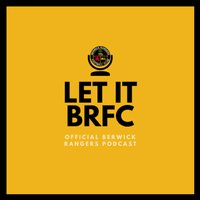 Directors Dave Buglass and Nathan Thompson join host Adam Hunter to discuss the recent AGM. Also on the agenda is a look back at the duo's first year as directors, hopes for the coming season and recent updates from the club and Community Foundation.

Kevin Haynes joins Adam Hunter to discuss his thoughts on the season so far and looks ahead to this weekend's Scottish Cup fixture. Jamie Curle also joins the duo to talk about his memories from his seven year tenure as chairman of the club.

Official Catchup Host and BSC Glasgow Matchday Presenter Derek (Mozza) Robertson joins Adam Hunter as they look ahead to BSC Glasgow vs Berwick Rangers. The duo discuss a preview of the game and take a look around the rest of the league following matchday five.

Co-hosts Adam Hunter and Nathan Thompson are joined this week by midfield duo Euan Smith and Jordan Sinclair. The quartet discuss the games against Spartans and Vale of Leithen, streaming performance and how the mood has been within the camp this season so far.

© 2020 OwlTail All rights reserved. OwlTail only owns the podcast episode rankings. Copyright of underlying podcast content is owned by the publisher, not OwlTail. Audio is streamed directly from Adam Hunter servers. Downloads goes directly to publisher.