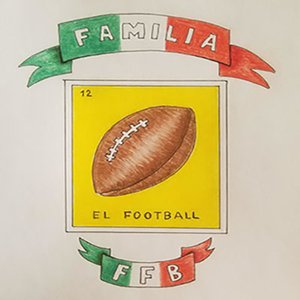 Three primos talk and often argue about fantasy football and reminisce about growing up in a big Mexican family. 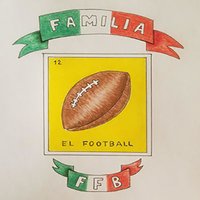 The Compas on the Beat – aka Fernando Ramirez and Gilbert Manzano – have been covering the LA Chargers for a few seasons, and join Familia FFB to give a look at how some of the key skill players could perform in 2021. How big a step forward does Justin Herbert take? Will he get a haircut? Austin Ekeler could jump into that Alvin Kamara role in the new offense. Mike Williams is filling an important position on the offense, while Keenan Allen's greatness may actually make him underrated. Down in the trenches, the Compas talk about how the new faces on the O-line could help Herbert take that next step with less pressure. They also share a little about how their podcast, Compas on the Beat, got its origin. Make sure to subscribe to Compas on the Beat on YouTube or wherever you get your podcasts. You don't want to miss the taco talk at the end. Salud!   Twitter: @GManzano24 / @RealFRamirez / @jorgemartin17 / @FamiliaFFB

Los primos take their first look at the QBs for 2021, with some very familiar names. Many have something in common. First, Father Time gave one of them a reminder of who's really in charge. Chisme brings us updates on several important players for #fantasyfootball. Twitter: @familiaffb / @jorgemartin17 / @whattdahec / @RickyTorresTV

Feliz Memorial Day! Wishing all those who have served health and happiness, and also heartfelt thoughts to those who laid down their lives for our country. We begin the show with a thankful roll call of Familia members who have served in the military. Gracias! Chisme brings us up to date on a few players, then we help primo Ricky with some mocking for a Super Flex Dynasty startup draft he has coming up. Hope he does better on draft day. Salud!  Twitter: @FamiliaFFB / @jorgemartin17 / @RickyTorresTV / @whattdahec

Introducing the summer @FamiliaFFB series where we turn the tables and interview beat writers from all 32 teams. First up, Kevin Modesti of the LA Daily News, OC Register &amp; other Southern California newspapers. Kevin has been on the Rams' beat going into his third season, and he offers good insight into the new QB in LA, as well as how he's going to impact all the offensive weapons for #FantasyFootball aficionados. We talk about the important skill position players, and even cover a little offensive line. Closing it out, Kevin shares a heartfelt story about the late Tommy Lasorda (Kevin covered the Dodgers for 3 years). Salud!   Twitter: @kevinmodesti / @jorgemartin17 / @FamiliaFFB

Los primos get the lowdown on Hector's weekend in Vegas, what he can tell. Sin City is more open, and the tables were generous. Some injury updates in Chisme. Primo Nico Las Vegas brought some puns before the boys attacked the over/under for all 32 #NFL teams. Salud! #fantasyfootball.   Twitter: @familiaffb / @jorgemartin17 / @whattdahec / @RickyTorresTV

It's our kickoff show on YouTube, and our invitado de lujo is our amigo Troy King (@tkingmode). How did Troy first uncover his passion for the Miami Dolphins first and #fantasyfootball second? The latter led to his rise in the industry. Troy and Jorge talk about the rising number of minorities and women breaking down fantasy football, as well as have some fun taking an early look at the Dolphins for 2021. Then came time to talk about some players they like this season, as well as favorite draft strategies. We close with Troy sharing what some of his favorite taco meats are. Great chat with one of the shooting stars in fantasy. Salud!   Twitter: @tkingmode / @jorgemartin17 / @familiaffb

On the heels of the #NFLDraft it’s time for the NFL to release the 2021 schedule, starting with Cowboys at Buccaneers on Sept. 9. Los primos made a rapido reaction to 6 teams with plenty of fantasy studs: Rams, Chargers, Chiefs, Steelers, Bucs and Cowboys. Who’s facing tough defenses early? Who’s playing in the cold during the #fantasyfootball playoffs? It’s just an appetizer for the months of analysis to come. Salud!

It's our Cinco de Mayo show, with another reminder that it's not Mexican Independence Day, but we want to celebrate it anyway. Even bigger, los primos shared a toast because Familia FFB has turned 1. We're 142 shows into this adventure, and we haven't run out of things to say! Chisme brought some talk about Aaron Rodgers' situation and D.K. Metcalf's run at the Olympics. Los primos close out the show going through a group of QBs &amp; RBs who were picked in the #NFLDraft, and we break down what their realistic opportunities are for playing time. Here's to many more years of Familia FFB! Salud! Website: FamiliaFFB.com Twitter: @FamiliaFFB / @jorgemartin17 / @whattdahec / @RickyTorresTV

Los primos quickly reacted after the epic first round of the 2021 NFL Draft. We had 7 offensive players get picked before a defender. There were 5 QBs taken in the first 15 picks, and 5 WRs in the round. Plenty of dynamic duos reunite. A couple RBs snuck in there, along with a handful of linemen to clear the way. We also chattered about the potential departure of Aaron Rodgers from Green Bay. Ay Dios Mio, No! Twitter: @FamiliaFFB / @jorgemartin17 / @whattdahec / @RickyTorresTV

Last week, we hit up the #NFLDraft busts. This week, we're on to the #NFLDraft bargains. Stefon Diggs in round 5. Russell Wilson in round 3. DeMarco Murray in round 3. These and more are here. Plus, los primos get curious as to why betting lines have moved on early QBs being drafted, beer bet on who the 49ers take, and make their calls on who the Falcons should take at #4. Salud! Twitter: @FamiliaFFB / @jorgemartin17 / @whattdahec / @RickyTorresTV Website: familiaffb.com

© 2020 OwlTail All rights reserved. OwlTail only owns the podcast episode rankings. Copyright of underlying podcast content is owned by the publisher, not OwlTail. Audio is streamed directly from Familia FFB servers. Downloads goes directly to publisher.