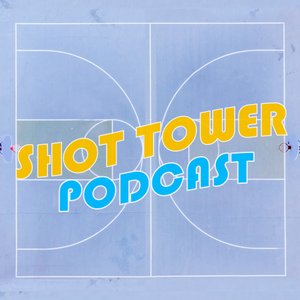 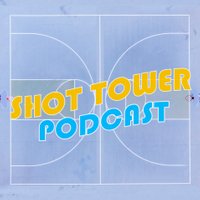 Coaches Getting Canned (and It Ain't Right) with Terry Horstman

Terry Horstman's (@terryhorstman) beautiful essay about Dwyane Wade and Prince at Flagrant Magazine, what it's like to be a Minnesota Timberwolves fan for your entire life, follow-up on the Timberwolves coaching hiring and firing, the terrible timing of the Lloyd Pierce firing and Travis Schlenk's culpability, and the all-Prince NBA starting five.

Basketball in the Time of Coronavirus

Players speak out about the All Star game, Draymond speaks out for better player treatment, the amazing Jae'Sean Tate, and a big trade in Scorekeeper.

The usual crew of Michael Kimball (@MichaelKimball), Kyle Stine (@kjstine), and Jalen Eutsey (@jaleneutsey) get together in week 6 of the NBA season to discuss the surging Denver Nuggets, with particular focus on Michael Porter Jr’s impressive performances; the Brooklyn Nets steadying themselves after back-to-back surprising losses to the Cleveland Cavaliers; and Jerami Grant and Bam Adebayo continuing their breakout seasons.

The crew gets together with David Smooke to talk about the “Jarrett Allen trade” and all of the attending real and fantasy-NBA fallout for James Harden, Caris LeVert, Victor Oladipo, Taurean Prince and their respective teams, the Houston Rockets, Brooklyn Nets, Cleveland Cavaliers and Indiana Pacers. We discuss the string of short-sighted cost-cutting decisions from Tilman Fertitta that lead to the recent mass exit out of Houston. The crew also talks about the Cleveland Cavaliers handling of the Kevin Porter Jr situation, the hot start for the New York Knicks and Thibs being Thibs. Finally, an unexpected knock-down drag-out argument over Cole Anthony’s value and potential in both the real and fantasy-NBA.

In a tumultuous week in and around the NBA, we come together to reflect on the role the league and players have played in recent politics and the worsening coronavirus situation that has postponed several games. The Pelicans' playoff situation, the Grizzlies' perseverance, and the never-ending Thunder enter the discussion. And Trae Young and John Collins get a surprise comparison to Kyrie and Dion Waiters.

On Basketball Writing with Micah Wimmer

The crew is joined by Micah Wimmer to discuss the best current basketball writers, best sports books, the defining traits of today’s NBA superstars, and how the basketball internet has helped develop their fandom. They take a look at Russell Westbrook’s legacy and the war of words between Kyrie Irving and NBA media. The conversation closes with a nostalgic look at the fever dream that was the 2015-16 Steph Curry and Golden State Warriors season and the Philadelphia 76ers quietly strong start to the 2020 season.

The crew talks about the wild ups and downs of the early season and what they mean for fantasy managers. The high highs of the Brooklyn Nets, the low lows of the Detroit Pistons, and the extreme highs and lows of the Clippers and Sixers. Darius Garland hitting his stride for the undefeated Cavs. Plus some surprise fantasy values we're seeing on the waiver wire: Terrence Ross, Rudy Gay, Cole Anthony, and the biggest of all, Garland himself. We can't help but talk Harden trades, and we take some time considering the struggling Warriors. Will it be variance for them, too, before a solid season? Only time will tell.

After a flurry of fantasy drafts for our various leagues, the guys on Shot Tower reflect on trends: the ebbs and flows of auction drafts, players who were overdrafted, and picks that might be sneaky values. We follow up on our discussion of rookies and recap how they were valued in the draft. And with the NBA kicking off, we make some predictions on conference finals matchups and the teams most likely to meet in the Finals.

© 2020 OwlTail All rights reserved. OwlTail only owns the podcast episode rankings. Copyright of underlying podcast content is owned by the publisher, not OwlTail. Audio is streamed directly from shottowerpod servers. Downloads goes directly to publisher.