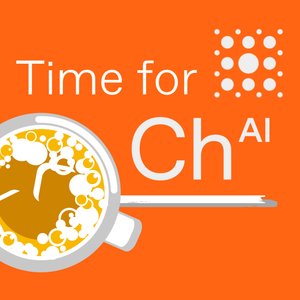 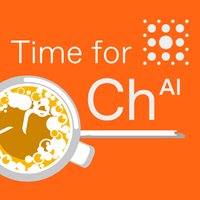 For the first time we are joined by two expert guests, Paul Steed  of Mars and Stefan Tomkiw of ADM. In this episode, Paul and Stefan  discuss sugar, grains, ags generally and commodities risk management.  They go on to discuss the role of artificial intelligence in commodities  market analysis and share advice on ways to ensure a successful career  in commodities. Brought to you by: ChAI https://chaipredict.com/ and the JPMCC at CU Denver Business School https://business.ucdenver.edu/commodities/  #commodities #metals #energy #ags

Alain is recognised by colleagues and peers as an incredibly  thoughtful and knowledgeable expert with deep experience from the  intersection of innovative technology and commodities. Alan has a fairly  unique perspective based on his experience with Societe Generale's  Hedge Fund, the giant of physical trading, Cargill and now with General  Mills. In this episode Alain shares key lessons from his career so far  and insights on the innovative technologies and data that he's excited  about right now. Brought to you by: ChAI https://chaipredict.com/ and the JPMCC at CU Denver Business School https://business.ucdenver.edu/commodities/  #commodities #metals #energy #ags

Currently Senior Vice President of gas and power trading at bp  Sharon has seen it all. Through postings in Houston, Singapore and  London with one of the biggest global companies, Sharon has developed a  reputation as a true commodities expert, particularly in energies.  In  this episode Sharon shared vital insights and defining lessons from more  then 30 years in commodities trading. Brought to you by: ChAI https://chaipredict.com/ and the JPMCC at CU Denver Business School https://business.ucdenver.edu/commodities/  #commodities #metals #energy #ags

The last episode of season one is a special with Robin Bhar, Mike McGlone and Chris Evans from last Wednesday’s Market Intelligence webinar. Between them the three experts have over a lifetime of experience covering metals and related industries; they draw on their full range of experience and knowledge for this session packed with actionable insights. If you enjoyed this episode or the rest of the season, why not share it on LinkedIn or send Jake (jake@chai-uk.com) an email to let us know what you think! Constructive feedback always very welcome! If you have any feedback for the ChAI team on the podcast or any other content that we produce currently, please take two minutes to complete this survey.

The second-last episode of season one is with Nazim Osmancik, who leads the risk function in Centrica’s energy trading business where he is responsible for market risk, credit risk, operational risk, quant risk, and treasury including FX and cash management operations. Naz is a senior executive with extensive experience in macro research, strategy, market analysis, risk management and deals across sectors including energy, financial services, infrastructure, manufacturing, transport, and telecoms. This talk is littered with actionable insights and helpful tips from someone who is operating at the highest level. If you enjoy this episode, why not share it on LinkedIn or send Jake (jake@chai-uk.com) an email to let us know what you think! Constructive feedback always very welcome!

Jake is back in the hot seat alongside Tom Brady for a very insightful conversation with Andrew Glass of Avatar Commodities. Andrew is a commodities leader who has expertise spanning agri, bulk and metals.  His diverse career in commodities across four continents and a variety of disciplines with a range of trading and financial organisations such as Bunge, Noble and Mercuria as well as ANZ Bank. In 2017 Andrew founded Avatar Commodities which successfully designed, built and delivered significant change and value for Anglo American, primarily for risk mitigation. Following this he joined them as Head of Financial Trading. Now, Andrew focusses on capturing opportunity for commodity price exposed clients with risk mitigation as the foundation to develop sustainable, solution-driven value for stakeholders. In this episode, Andrew shares some useful insights on leadership, digital technology, diversity and inclusion and innovation vis-a-vis commodities. If you enjoy this episode, why not share it on LinkedIn or send Jake (jake@chai-uk.com) an email to let us know what you think! Constructive feedback always very welcome! Topics covered:  Risk Management; Commodities; Metals; Mining; Leadership; ESG; Carbon; Innovation; Diversity and Inclusion; Digital Technology; Data; AI; Artificial Intelligence

This week, Tom and Stephen are joined by the very insightful Wayne Roberts.  Wayne shares some truly actionable and useful insights as someone who has progressed through every level of procurement across many different categories.  From an energy and packaging analyst at Kraft Heinz, to Global Category Lead at Mondelez and then VP of Procurement at Pinnacle Foods, Wayne is someone who sees the bigger picture but is also very comfortable getting into the minutiae to secure the best outcome for the business. Aside from sourcing, Wayne is also very experiences in price risk management, which gives him a further dimension to his perspective. Themes / Questions Covered: How would you deal with the current situation? Risks to FMCG and Food &amp; Beverages? How can Technology Help? Managing Exposure to Market Volatility Fundamental vs. Quantamental approach to managing markets A Risk Toolbox Managing Stakeholders Role of Commodities Education Topics covered: Price Risk Management;  Macro Economic Trends; Supply Chains; Commodity management; Commodities;  Risk Management; Data; Commodity Markets; Supply and Demand; Technology; Artificial Intelligence; FMCG; Food and Beverages; Commodity Education

On this week's episode, Stephen and Tom are joined by David Modol-Flix. David has previously held director level roles at Kraft Foods, Mondelez International and COFCO.  He has deep knowledge of commodities risk management, having managed multi-billion dollar portfolios in energy, packaging and agriculture.  David is someone who is very comfortable operating at a strategic level or drilling into the tactical level.  He has recently left Mondelez, which means he is more able to share his views and opinions, which at points, are contrarian to the market.  Overall, a very insightful episode. Key Sections Covered: (2:00) -- What’s your view of the current market situation right now from the stance of commodity risk management? (4:00) -- Supply Chain Resilience is obviously a very in vogue topic right now; how do you think the current situations are affecting supply chains right now and how do you think this will change supply chains moving forward? (6:16) -- How will this affect business models? What is the new normal for FMCG? (7:30) -- How should we view China in this context, are there lessons to be learned from looking east? (09:00) -- How would you approach the situation right now if you were still in the hot seat? (10:20) -- What would you prioritise if you were operating in the market right now? Are there any specific tactics you would deploy to limit your exposure? 10:50) -- Is there any other advice you would like to share with the folk out there listening? (11:30) -- What’s your view of the role of data in commodities risk management? (12:30) -- How do you view the emergence of alternative data and artificial intelligence in commodities risk management?  (13:45) -- Based on your experience, what are the critical skills needed for those seeking to enter and advance in the commodity industry? (14:00) -- For our commodity students in the audience, what types of courses would you recommend? (14:35) -- Finally, looking back over your career in commodities, what other advice would you suggest to those new to the sector? Topics covered:  Commodities; Supply Chains; Risk Management; Data; Technology; Artificial Intelligence; Manufacturing; Commodity Markets; Supply and Demand

Time for ChAI is back! Special Miniseries: Talking Commodities

After a two week break Time for ChAI is back with a special miniseries: Talking Commodities.  Throughout this miniseries Stephen Butler (Chief Commercial Officer, ChAI) will be joined by Tom Brady, Executive Director of the JP Morgan Center for Commodities at University of Colorado Business School. This is the kick-off episode where Stephen and Jake talk to Tom about global commodities markets, the work the JPMCC is doing and look forward to the upcoming series. -- Introduction (0:07) -- -- Global Situation Right Now and Market Recovery (1:17) -- -- Focusing on the Energy Sector Specifically (5:51) -- -- Actionable Insight:  Mitigating Commodity Risk right Now (12:14) -- -- ChAI's approach to forecasting (14:36) -- -- The Work of the JP Morgan Center for Commodities (17:59) -- -- On the Miniseries: Talking Commodities (27:05) -- --Closing Thoughts (30:22) -- **Highlights** tom on the market recovery:  ...I just think we're in for more of a gradual slow climb out of this, you know, if you think you know it and just to get back to that kind of economic activity prior to the, to the pandemic, you know, it's, it's in my view, you know, you're gonna have to have some kind of vaccine. Yeah, it's not only developing the vaccine and making sure it works, but how do you get that distributed to 7 billion people on the planet? You know, it's just that, that kind of that's just gonna take time. You know, I saw recently an interesting chart on the count of, you know, security screenings for airport passengers here in the US yesterday, and, you know, that in in early March, that was about 2.2 million people a day getting screened, that sank to about, you know, a little over 85,000 in mid April, and, you know, currently we're right around 250,000. So, there's a long by that indicator, there's just a long way to go... Tom on the energy sector and Oil: ...global demand back in 2019. Seems like a long time ago, but you know, it was around 100 million barrels a day demand. I've seen forecasts, which I kind of agree with that. That'll Probably grown to about 108 million barrels by that mid 20s, mid 30s, mid mid 2035. You know, more people drive more cars, you know, increased urbanisation all the activities that you know, is that, you know, some of these emerging economies become more and more developed, you know, that then it'll start to decline, you know, through through 2015 mostly driven by, you know, increased use of electric vehicles as they become more widespread, but still by 2050 we're going to be around 100 million barrels of oil demand today so right, pretty much where we are now...we have to add some realism to that discussion... Stephen on ChAI's approach to forecasting: We try and take Emotional elements out of predicting prices... Having been a trader for 25 years, I understand when the information in front of you tells you one thing, but your gut feeling sometimes, you may go against that now, there are going to be times when we aren't going to be able to, or, you know, on large events that we've never seen, like, like we currently are going through there may be times when people have to actually take a step back and go look, this is a real game changer. Let's just sit down and analyse well, over a medium to long term, you know, the philosophy of using automated machine learning algorithms. It does work, it does work if you just let the machines do their thing and don't try and tweet them too much. They do work. And that leads me to my second point is As Tom rightly points out, it's all about trying to look at the sort of data that is out there... https://www.chai-uk.com/resources-1

Stay tuned for the upcoming new content well have for you.

© 2020 OwlTail All rights reserved. OwlTail only owns the podcast episode rankings. Copyright of underlying podcast content is owned by the publisher, not OwlTail. Audio is streamed directly from Jake Jacobs servers. Downloads goes directly to publisher.