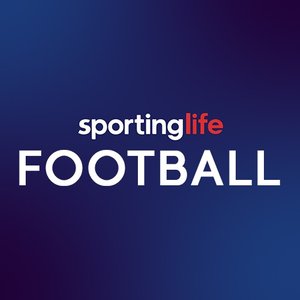 END_OF_DOCUMENT_TOKEN_TO_BE_REPLACED

They discuss the FA Cup last 16 and the incident which saw Tottenham's Eric Dier confront a fan in the stands after their exit to Norwich.

What has happened to Liverpool after three defeats in their last four games? Despite the Reds' Premier League dominance are Manchester City now on track for a better all-round season?

And of course the team bring you all of the best tips for the weekend’s Premier League action – with the Manchester derby at Old Trafford the standout game.

They discuss the opening legs of the Champions League last-16 ties and also preview the Carabao Cup final between Manchester City and Aston Villa at Wembley.

As usual they have all the best tips for the weekend’s Premier League action – with the unlikely derby, Brighton against Crystal Palace, and two huge games in the race for European qualification as Everton host Manchester United and Wolves go to Tottenham getting the focus.

Read more
Sporting Life's latest Weekend Best Bets podcast focuses on racing, football and boxing. We feature racing at Kempton, including the Sky Bet Dovecote Novices Hurdle. We have a full preview and tips for the huge heavyweight title fight - Wilder v Fury 2. In the Premier League we tip up Leicester at home to Manchester City; Chelsea v Spurs and Sunday's clash between Arsenal and Everton