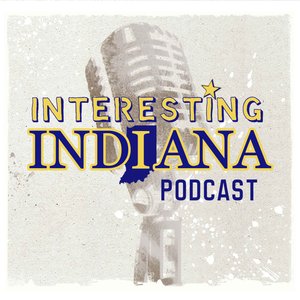 Interesting people, places and innovations that have come from the great state of Indiana. Interviews with famous Hoosiers and stories about some of the important, quirky, weird and wild things about Indiana can all be found here! 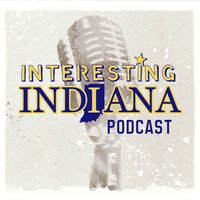 Interesting Indiana has a conversation with Olympic runner David Neville who won a Bronze medal in the 400m and Gold medal in the 4x400m relay in the 2008 Olympics. Neville grew up in Highland and Merrillville Indiana and was a standout runner at Merrillville High School as well as Indiana University. In college Neville was also a five time NCAA All American and 2004 Big Ten Freshman of the Year. We talk with David about the sacrifices and training to be a high level track athlete and what he has learned over the years to help him in his coaching career at Taylor University.

John Hancock is known for many films that could not be more different from each other.  His first feature, Let's Scare Jessica to Death, is a cult horror classic.  Bang the Drum Slowly, a baseball sports drama, featured a young Robert DeNiro as a catcher with a terminal illness. And the holiday classic Prancer is well, ya know, a holiday classic.  Hancock has also directed numerous plays, television shows, commercials and many other notable films, most recently the independent drama The Looking Glass which was filmed in Northern Indiana.   Paul Nelson talks with John about his childhood days romping through the fruit farm his family owned near LaPorte as well as his long career in film and television.  We learn a little about independent filmmaking and some of his personal preferences when tackling a media project.  This is a must listen episode for anyone with a passion for filmmaking and storytelling as well as those who want to know more about Indiana's notable alumni.

Tim Stoddard had an impressive career as a relief pitcher in the Majors for 13 years but his accolaides don't stop there. Stoddard was also part of the Undefeated state champion East Chicago basketball team and an enforcer on the NC State NCAA championship team. Even with those accomplishments you may remember him as the gruff pitcher with a big butt from the family sports movie Rookie of the Year.  We talk with Stoddard about his days growing up in East Chicago to living across the country while playing for the Cubs, Orioles, Padres and Yankees.   Get to know an Indiana sports legend on this episode of the Interesting Indiana Podcast.

We first heard of Mont Handley while watching the hit show Shark Tank where entrepreneurs pitch their businesses to Mark Cuban and his team of sharks.  His product Pitt Moss was amazing and can have a large impact on our environment and how we grow food. Little did we know at the time that he was an Indiana Native! We talk about his experience on Shark Tank, his journey to create Pitt Moss and what successful entrepreneurs need to know to get their ideas out there and create a successful business.

Few professional wrestlers have had as long and as colorful career as Jimmy Valiant the Boogie Woogie Man. Jimmy grew up in Hammond Indiana and began traveling the wrestling circuit in the late 60s.  He gained a strong work ethic from mentors like Dick the Bruiser and Frank Zela, aka Boris Karloff. We talk about his rise in the wrestling world to the WWWF which became the WWF and now the WWE and his days punching and slamming with the likes of Rick Flair, Bobby the Brain Heenan, Jerry Lawler, Dusty Roads and others. Jimmy Valiant's enthusiasm is infectious so get ready to rumble with a Hoosier icon.

© 2020 OwlTail All rights reserved. OwlTail only owns the podcast episode rankings. Copyright of underlying podcast content is owned by the publisher, not OwlTail. Audio is streamed directly from Paul Nelson servers. Downloads goes directly to publisher.