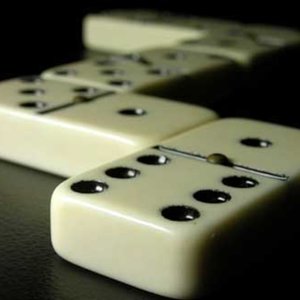 We have moved to SOUNDCLOUD at: soundcloud.com/jaway-665380859 Jamaica Way Podcast: We feature Reggae, Ska, Mento, Rocksteady, Kaiso, Dancehall, and Roots music. This is the podcast version on a radio program from WRUW called "Night of the Living Dread." Check out the weekly radio program at WRUW.org (search for "Night of the living Dread" on Friday &amp; download it!)Also see the many YouTube video interviews at YouTube under the channel: Jamaica809 -You Won't be disappointed! 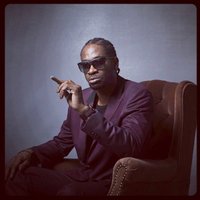 Bounty Killer – “The Poor People’s Governor” – with Beenie Man Clash Discussion &amp; ChunesBounty Killer a.k.a Rodney Price is one of the Kings of The Clash as well as being tops in the field of Dancehall artists from Jamaica. Bounty helped to boost Reggae Internationally by playing a critical role. Bounty Killer is a clash dj – very blunt and in your face. In the late 90’s and 2000’s, Bounty’s hardcore style was identifiable to the Hip Hop audience and helped to pull in those listeners to Jamaican music. Bounty blended hardcore with down to earth cultural lyrics and built a foundation which others utilized to push Reggae music even further. Still, Bounty has been prolific over the years and today continues to record in great volume and tour the world. In the process, Beenie Man stepped in and crossed Bounty. Beenie is a self described “adaptor.” Much like water, he can fill any space and take on that form. On the tune “Wicked Man,” Beenie used some of the style that Bounty had perfected in the tune “Spy Fi Die.” Bounty took offense and the conflict was formed. The animosity shared between the artists took the form of Reggae Sting Clashes as well as song fe song counteractions over the past 20 years. This podcast features many of those songs. What we did do is to provide only portions of the songs in order to encourage you to seek out the tunes for purchase at your local record shop, on I-Tunes, or from Ernie B’s Reggae online. This way the artists can benefit. Hit “like” at Podomatic if you like this podcast – It will help us broadcast this to a wider audience. More at www.reggaejamaicaway.com Tunes:Eclipse Riddim – VersionGun Heaven – Bounty KillerSpy Fi Die – Bounty KillerWicked Man – Beenie ManWho Tell Him Dweet – Bounty KillerCah Puff Mi Chest – Beenie ManDat Idiot Song Deh - Beenie ManRun Inna War – Bounty KillerEclipse Riddim - VersionOther Tracks in the series of counteractions - Kill Dikey - Bounty KillerNah Talk Too Long - Beenie Man 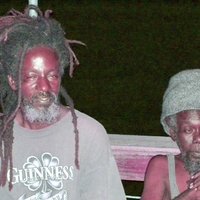 More Dancehall mixes. This episode includes Warning, 100 Watt, Ginseng and the Gully Slime Riddims. These are original mixes of these retro riddims. Plenty of artists featured on each riddim lasting approximately one hour in time.We're piecing together a range of shows including spoken word, Dancehall riddims, artist features, subject focus, etc. Ultimately the goal is to cover a variety of areas to see what gets the best reception, so let us know what you like! Also forward your favorite JA Way show to a friend so they can listen.It's worth what you pay for it!Riddims:Warning100 WattGinsengGully Slime 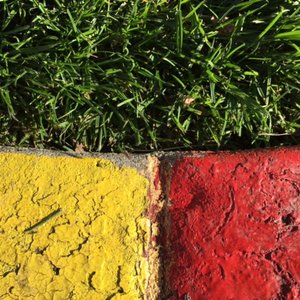 How Jamaica Conquered the World 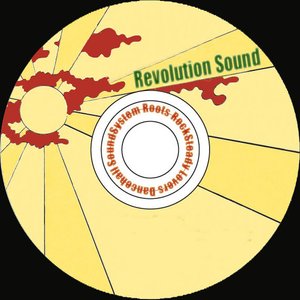 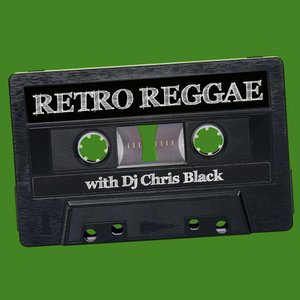 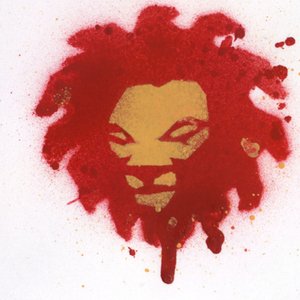 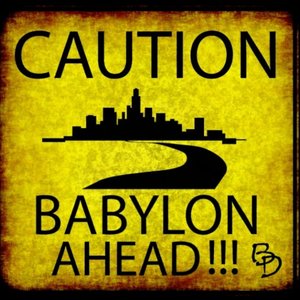 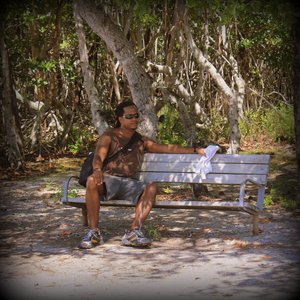 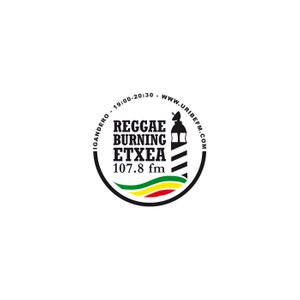 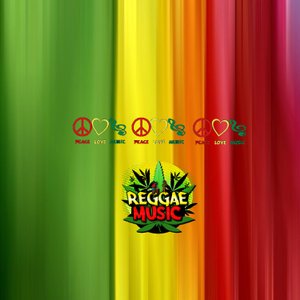 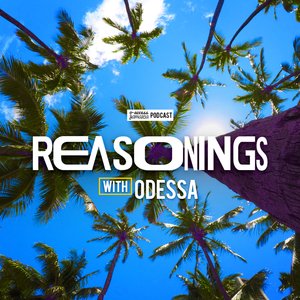 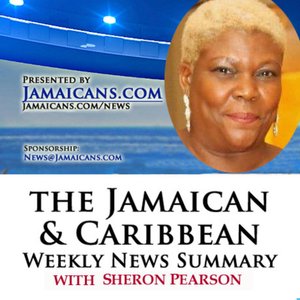 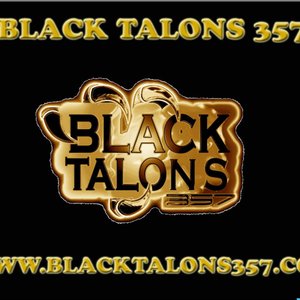 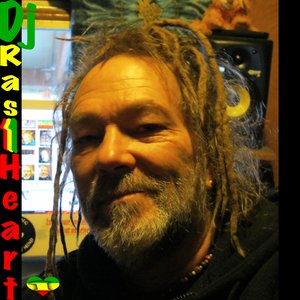 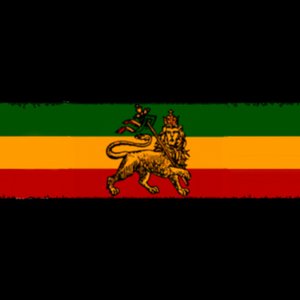 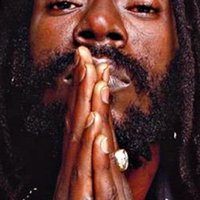 Buju Banton – Interview -Jamaica WayThis interview is the most viewed of all of our posted interviews on Youtube at the channel “Reggae Jamaica Way.” This podcast also features some of that interview. If it works well, we will feature more in this format (Your feedback is appreciated). Throughout the interview, Buju talks about his music, we thought a podcast would be perfect. During the interview, Buju maintained direct eye contact most all the time and was very short and to the point and I had to work to keep the proper flow. I always listen when people site a favorite artist and Buju is one of them. Early on “The Fencebeater” Colin Moore told me how great Buju Banton was and how big he was going to get. Colin was very knowledgeable and I listened and Colin was right! A friend told me about seeing Buju in a dance in Kingston in the 1980’s before Buju buss. He said Buju was just transitioning to the deep voice style, growling out his lyrics. My friend said that Buju dj’d for hours and was stepping to the side and actually spitting up blood. *True story. Whatever you think, Buju Banton is making a journey as an artist and as a man. Plenty of great music and stories along the way. If you like this one, we can set up another as Buju talked about many of his tunes.Tracks - Bogle – MangoMurderer –LP Tiul’ ShilohPanhead - African Princess – LP African PrincessOperation Ardent – LP Best OfGal Fi Beg – LP Dancehall 101 Vol. #3Tribal War (with Tony Rebel, Terry Ganzie, Brian &amp; Tony Gold)Yes Buju - GargamelI Am Innocent – Blacker Dread 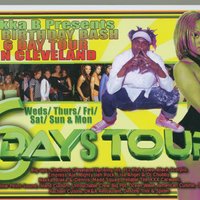 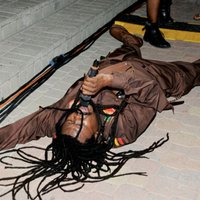 Jamaica Way - Luciano – The Messenger We spoke with Luciano and he reasoned on Rastafari and his visit to Africa. This podcast features that commentary along with a series of ”mutant singles” by Luciano. Mutant in the sense that they are all 7” releases not thought to be widely distributed (not on albums or major labels). In the late 80’s – early 90’s, Luciano recorded dubplates for neighborhood sounds until he and Ricky Trooper crossed paths. Trooper recognized Luciano’s singing ability and took him to the Aquarius recording studio in Half Way Tree Square. Fatis Burrell of Exterminator Productions managed Luciano along with Sizzla and Turbulance at a time of dramatic growth of the Bobo Dread movement. Over time Luciano expanded his recording limitlessly, recording on singles, albums and under contract with International labels. Luciano clearly does not believe in overexposure. In the early 1980’s when Yellowman and singer Don Carlos released volumes of singles and albums, some felt that recording and releasing too much would be harmful to an artist. Overexposure appears to be a thing of the past as the baritone voice of Luciano has benefitted from recording widely, now with over 40 albums in his wake. *Thanks to the Central Village Crew from Cleveland – Survivalist, Sparticus, Willpower, and Tan Tan.(Original tracks – songs not played to full length, but plenty for you to enjoy. The intention is to encourage you to buy Luciano music and support the artists and producers. Visit your local music shop or www.ebreggae .com or even www.Amazon.com to get hold of some great Reggae music.TRACKS:World Peace – John John – Lloyd James Junior – 7”Hail Rastafari – Reggae central – 2006 – 7”Good Times – Mac Dada – 7”All Fruits Ripe – Junk Yard – Scarkmooch – 7”World Leaders – Roots Rockers Music – 7”Rock and Come In – Thompson Sound – Kevan Thompson – 7”Fire and Ice – Main Frame Records – 7”What Is Man – South Block – Michael Sterling – 7”When Will Things Change (with Tony Rebel) – Big League – 7” 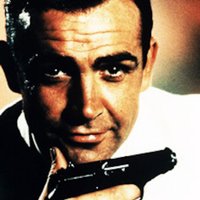 This podcast features James Bond's association with the island of Jamaica. Jamaica is exotic, remote, and mysterious and that how it fits so well for Ian Fleming's novels. Fleming lived in Jamaica at Goldeneye and loved the island's culture, people, flora and fauna and much more. James Bond and Jamaica have had strong connections for over 50 years. This podcast focuses on that connection with discussions by Don Topping (Radio announcer and actor in To Live and let Die) and with Keith Lyn (Lead singer for Byron Lee and The Dragaonaires, also featured in Dr. No). We also supply numerous tunes from Dr. No and James Bond music with an Island flavor.Enjoy and please supply us with comments &amp; feedback!Selections:James Bond theme - John Barry OrchestraSkatalites - James Bond -Keith Lyn InterviewJump Up - Eric RodgersJames bond Theme - Rolad AlphonsoDon Topping InterviewMango Tree - Eric RodgersJames Bond Girl - The Cimarons 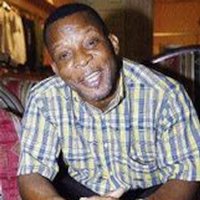 This is a 1990 recording of Barry G on RJR Radio. Barry G talks about Sunslpash 1990, plays Dennis Brown tracks, and takes calls from listeners throughout the whole of Jamaica. It was a hot afternoon with an electrical storm. You can hear the electrical interference over the radio waves during the show. So, sit back and imagine that you are listening to YOUR radio in Jamaica in the year 1990 and enjoying the Boogeyman!**Soon come - A Barry G special with interviews, Wha Dat sound selections, and radio clashes between Barry and Rodigan! That will be the next program that we feature... this is to just warm you up! 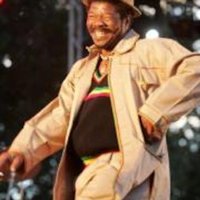 Prince Jazzbo is a Jamaican DJ and was very successful as a Producer in Reggae music with his Ujama record label. Jazzbo started as a DJ on Killa Whip sound in the Homestead area of Spanish Town. At A dance between Killa Whip and Ruddy's Sound in 1971, Jazzbo "clashed" with the great I-Roy. This clash was the start of some of the first musical "beef" between artists - well before Beenie and Capleton and Tupac and Biggie. More importantly, it was a patron by the name of Coxsone Dodd who was at that dance, that invited Jazzbo to Studio One to record the very next morning. Jazzbo was there at 5:00am waiting for Coxsone. Prince Jazzbo is from the original school of toasters in Jamaica - alongside U-Roy, I-Roy, Big Youth, Lizzy, Dennis Alcapone, and others. The style of Dj'ing has a unique sound and style in that era.At the time of this interview Jazzbo was actively producing the artists Horace Ferguson, Horace Andy, Buzz Parker, Little Jazzbo (his son), and Black Thunder out of Belgium. Visit the source: https://www.facebook.com/pages/Prince-Jazzbo/540441745982050Now, if you like what you hear, we encourage you to seek out and purchase great Prince Jazzbo music. Buy his albums in the shops, on I-Tunes, and via Ernie B reggae. 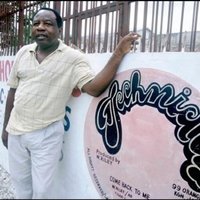 Winston Riley very recently passed away. He is one of the best in Jamaican musical history: A producer, singer, record shop and record label owner. Riley's Techniques record label produced rich, quality sound for decades. Over the years, we have collected Techniques music and this podcast features only 7" singles straight from Kingston, Jamaica on the Techniques record label. We feature more unusual recordings this go-round, so take time to enjoy these tracks as there are some great releases from a Jamaican hit-maker that must be remembered. Got that?Track Listing:(All tracks on the "Techniques" record label unless otherwise noted)Anthony Malvo &amp; Tiger - Coime Back To Me'Max Romeo - Evening NewsThe Techniques and lady G - Samfie LoverAnsil Collin - Far East Special- Riley Inc labelTiger and Gregory Isaacs - She Give Me Hic-UpCarl Dawkins - SatisfactionFlourgon - One Foot SkankRed Dragon - AgonyPapa San and Lady G - Legal RightsAdmiral Tibet - TerroristSlim Smith - My ConversationJimmy Riley - ProphesyJohnny P - Don't Watch MeBuju Banton, E. Wilson, M Christie - Do Dem Something 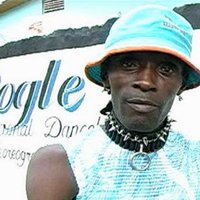 Once again Dancehall Reggae is surging internationally. Classique Reggae, Ska, and Rocksteady hold their position with great substance, but Dancehall is in huge demand. I say give the people what they want! In response, here is a mix of Dancehall Reggae riddims for your musical pleasure.Jamaica Way Dancehall Mix:Double JointLook GalLong Time AgoBandalero

© 2020 OwlTail All rights reserved. OwlTail only owns the podcast episode rankings. Copyright of underlying podcast content is owned by the publisher, not OwlTail. Audio is streamed directly from Rich Lowe servers. Downloads goes directly to publisher.