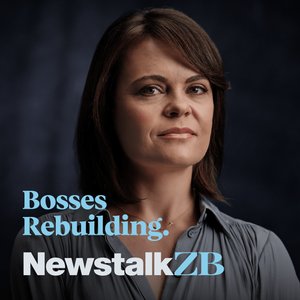 A podcast series from Newstalk ZB hosted by Heather du Plessis-Allan. New Zealand is experiencing the biggest economic downturn in a century. But never waste a crisis! The country's biggest names in business are rebuilding their operations, re-thinking how we work, and pushing boundaries to become better, faster, and more sustainable. Raw, honest and personal - this podcast series tells the story of the bosses leading Kiwi companies out of the Covid-19 crisis. 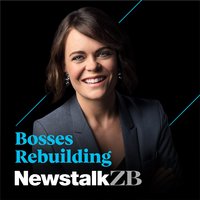 The final boss we're revisiting this week before this programme wraps up for the year is Auckland International Airport CEO Adrian Littlewood.It was during the level three lockdown in May that Adrian appeared on Bosses in Lockdown.Back then, as it is now, it was brutal stuff for his business.He joined Heather du Plessis-Allan on Bosses Rebuilding to weigh in on where things are now. LISTEN ABOVE

It has been a rollercoaster year for one of our iconic retailers.The first lockdown decimated revenue at Briscoes Group, but Kiwis more than made up for it with a shopping boom over the rest of the year.Briscoes Group managing director Rod Duke returned to Bosses Rebuilding to reflect on the year with Heather du Plessis-Allan.LISTEN ABOVE

First, we had Bosses in Lockdown, and then we had Bosses Rebuilding.Now, it's coming to the end of this crazy, crazy, year and we thought it would be great to touch base again with some of the Kiwi bosses we spoke to earlier this year.It was mid-May, during level three, that Eden Park's Nick Sautner told us his industry was in a bad place.He joined Heather du Plessis-Allan on Bosses Rebuilding to look at where the industry is now.LISTEN ABOVE

If there's one story you might not have predicted during the thick of the Covid lockdown this year, it's the story of the housing market.Back in April, headlines were talking about house prices coming well off the boil, as New Zealand stared down the barrel of what it was thought would be a serious recession.Peter Thompson, the managing director of Barfoot and Thompson is our boss we're revisiting tonight.LISTEN ABOVE

First, we had Bosses in Lockdown, and then we had Bosses Rebuilding.Now, it's coming to the end of this crazy, crazy, year and we thought it would be great to touch base again with some of the Kiwi bosses we spoke to back in March and April.Tourism Holdings boss Grant Webster is back to give us an update on how the industry is holding up post-Covid-19.LISTEN ABOVE

First, we had Bosses in Lockdown, and then we had Bosses Rebuilding.Now, it's coming to the end of this crazy, crazy, year and we thought it would be great to touch base again with some of the Kiwi bosses we spoke to back in March and April.Jason Paris, the CEO of Vodafone, was one of the first guests on Bosses in Lockdown. He rejoined Heather du Plessis-Allan to discuss what's changed over the last months and how the company is bouncing back.LISTEN ABOVE

Covid threw a serious curveball to the world's movie industry this year, including local listed cinema software company, Vista Group.But instead of retreating, Vista doubled down, and they believe it's now ending the year in a stronger and more competitive positionSo how did they do it? Kimbal Riley is the CEO of Vista Group, and is tonight's guest on Bosses Rebuilding.LISTEN ABOVE

Many of you will know Les Mills, the New Zealand gym chain.But what many of you might not know, is that Les Mills is also a super successful export product.Les Mills International exports workout programmes to 100 other countries and to tens of thousands of gyms around the world.Naturally, in the post Covid world, home workout programmes have become more important than ever, and the company has just secured powerful backing.ACC has bought a 18 percent share in Les Mills international.Chief executive Clive Ormerod is tonight's guest on Bosses Rebuilding.LISTEN ABOVE

This time last year, the tourism industry was talking about needing an extra 40,000 workers.Such was required from the influx of international visitors this country was basking in.So Matt Stenton set up a new support service called 'go with tourism'.He even got $5.2 million in funding from the new visitor levy to help attract people to tourism jobs.They were all set to launch in March, hen lockdown hit, and the business was turned on its head.Matt Stenton is the programme director for 'Go with Tourism', which is now focused on helping displaced tourism workers to find jobs. He joined Heather du Plessis-Allan to discuss his work on Bosses Rebuilding. LISTEN ABOVE

The story of Waikato company Fiasco is nothing short of an extreme Covid pivot.Before the pandemic, they were making those really cool road cases that bands use for all their stuff on tour, but then Covid hit, and they turned their attention to producing amazing flat pack home desks, and specialist screens to help businesses protect staff and customers.Joe Bradford is the Head of Operations at Fiasco and is tonight's guest on Bosses Rebuilding.LISTEN ABOVE

© 2020 OwlTail All rights reserved. OwlTail only owns the podcast episode rankings. Copyright of underlying podcast content is owned by the publisher, not OwlTail. Audio is streamed directly from Newstalk ZB servers. Downloads goes directly to publisher.