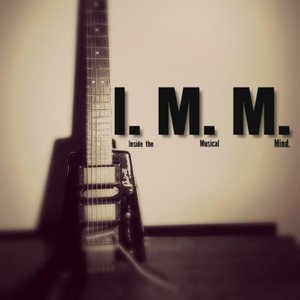 Inside the Musical Mind

Interviews with musicians on songwriting and creativity. Peter Harris talks to both up and coming artists and legendary musicians. 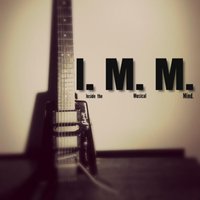 Rock and Roll Hall of Shame?

2020 will be a banner year for Rock Concerts.

As time marches on, many of the legendary rock acts that have been part of our culture for decades retire. Even more tragically, each year a few of these icons pass away. However, this year stands to be a memorable one, with some acts coming out of retirement (Motley Crue), and some embarking on yet another “Farewell” tour (Ozzy Osbourne, KISS). Metallica will headline Festivals in 2020.Whatever the reason, now is a good time to catch these classic acts. Time waits for no one, and one day we all will wish we could see a certain group “just one more time”. Here is a video I made going over just a few of the larger bands that have announced tours for 2020. Life is short, buy the concert tickets.

Mia Berrin started Pom Pom Squad as an idea back in high school. She began writing songs and learning guitar, and discovered the catharsis that can come from creativity. From their first EP “Hate it Here” in 2017 to the most recent release “Ow”, the band, and Mia have shown that there is always a place for authentic expression. This is the kind of discussion I love. Mia is an intelligent and observant artist who pulls from her personal life for her music, but is keenly aware of the world around her. The music she writes is accompanied by a focused attention on how to present herself and the band. There is a sense of wisdom beyond her years at work here. In this interview we delve into Mia’s influences, her early days of writing music, up to the creation of this latest release. Pom Pom Squad is shortly embarking on a cross-country tour, and this is a great, ground level look at a talented and genuine artist on the verge of bigger things.Listen to Pom Pom Squad

With the release of Psychotic Symphony in 2017, Sons of Apollo established themselves as one of the premier Supergroups. Consisting of Mike Portnoy (drums), Derek Sherinian (keys), Ron “Bumblefoot” Thal (guitar), Billy Sheehan (bass), and Jeff Scott Soto (vocals), this is the musical Dream Team. Every member is a virtuoso performer, with a long history behind them. Sons of Apollo.With their second album, MMXX, due out this month, the machine is gearing up again to take this formidable band back out on the road. Lead singer Jeff Scott Soto called in to discuss with me the making of this juggernaut of a record, and how hectic the last couple of years have been, juggling musical projects. He also shares some funny memories of his early days with Yngwie Malmsteen. So as a nice appetizer to the new music, let’s dive in and chat with the voice of Sons of Apollo…

Guitarist/producer Billy Alexander, upon seeing videos of bass virtuoso Tim Starace approached him about forming an online collaboration. Beginning in 2015 the two went to work on not only impressive original compositions such as the eponymous “YYNOT”, but covers of legendary Rush songs with staggering precision. After recruiting the talented-beyond-her-years vocalist Rocky Kuner, the band continued to churn out incredible music. Billy Alexander and Tim Starace. The self-titled debut brought even more favorable attention to this dynamic outfit, and with the addition of drummer Joel Stevenett the line up was complete. Just recently the band (which it has truly evolved into) revealed a second collection of original compositions: Resonance.One listen to songs such as “Wildest Dreams” shows an ability to wrap complex musical parts into an instantly hummable package. I was able to speak to Billy and Tim recently to discuss the formation of the group and just what goes into producing such exciting new music. In a world of disposable pop “artists”, YYNOT is a shining beacon on the hill! Watch the interview on our Youtube channel or listen to the podcast!10 ? with YYNOT

Van Halen has famously been tight lipped over the course of their long career. In addition to infrequently recording albums, they have also shied away from extensive box sets. While many bands cash in on remastered editions of previous albums by including bonus tracks, previously unreleased songs, and even behind-the-scenes footage, Eddie and company have refrained.When the band’s albums have been remastered, they have not included any bonus material. Usually these remasters do not even include additional packaging, photos, or liner notes. So with Van Halen being basically retired (they won’t even tell us that for sure), I have to wonder “What could be in the archives?’. in this video I discuss some of my personal observations and theories about what material could be compiled, and if and when we may ever hear it.Watch the video by clicking the link below:

Fresh off of her set of shows with fellow virtuoso Nili Brosh and the legendary Jennifer Batten , Gretchen Menn called in to catch us up on how that tour went, and a myriad of other cool insights.On this episode of the “10 ? with the Musical Mind” podcast Gretchen and I discuss her early days studying classical guitar, some of her favorite players, and how she approached composing her daunting 2016 concept album, Abandon all Hope. Click on the player below to hear the interview, or subscribe to “10 ? with the Musical Mind” on your favorite podcast platform!

Mike Keneally got his career off to an ambitious start when, after playing Top 40 covers he was thrust into “expert level”. Mike was selected to join Frank Zappa in 1987 on both guitar and keyboards. From there his unique, quirky style and impressive chops saw him contributing to a plethora of other musician’s work. Playing with everyone from Dweezil and Ahmet Zappa, to Steve Vai, to Joe Satriani he has proven his musicianship and indeed is currently working with legendary creators Devin Townsend and Todd Rundgren , respectively.But this doesn’t address his own body of work, which is impressive in its scope and variety. From “The Tar Tapes” volumes 1-5 in the eighties through gems like “hat” and “Scambot” Keneally demonstrates that his mind is always creating. He has always been a breath of fresh air by creating music that conforms only to what he finds interesting. In our in-depth conversation here Keneally and I discuss his early days, how he comes up with new material (as expected, it varies), and the projects he is currently working on! http://www.keneally.com/

Lickerish Quartet arise from the legacy of Jellyfish.

Legendary record producer Ted Templeman is a familiar name to those of us who eagerly read the back of all our favorite albums in the seventies and eighties. Working for Warner Bros Records (now just Warner Records) Templeman was the man behind the sonic goodness of acts like the Doobie Brothers, Montrose, Van Halen, Aerosmith, and more.Author and historian Greg Renoff (Van Halen Rising) knew that this music icon had a million stories to tell, and he set out to preserve them. Through lengthy research and unprecedented access to the man himself, Greg was able to painstakingly assemble a detailed look into Templeman’s life and career. The author joins me for a conversation about how the book took shape, and what he learned from his lengthy interactions with one of music’s most respected producers. Listen to our chat and then be sure to get your hands on Ted Templeman : A Platinum Producer’s Life in Music.

© 2020 OwlTail All rights reserved. OwlTail only owns the podcast episode rankings. Copyright of underlying podcast content is owned by the publisher, not OwlTail. Audio is streamed directly from Inside the Musical Mind servers. Downloads goes directly to publisher.