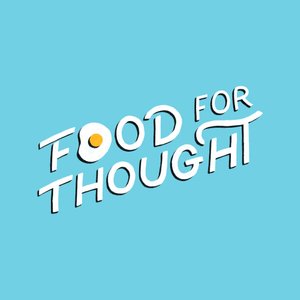 Conversations about food and culture with sisters Eunie and JuJu Kim

Side Dish In this episode, we weigh in on the longstanding New York vs. Chicago pizza debate. We also contemplate whether pizza has evolved too much since it arrived in the U.S. Plus, we share our go-to pizza places that will keep you satisfied throughout the NFL season. Special No. 1: Pizza is thought to have been invented in Naples in the 1500s, when people who didn’t have much money topped dough with tomatoes — which were cheap because they were believed to be poisonous — and cheese. American soldiers stationed in Italy during World War II developed a fondness for pizza, so they brought it back to the U.S. Source: Eat This, Not That! Special No. 2: In 2012, Pizza Hut developed a pizza perfume that supposedly included “top notes of freshly baked, hand-tossed dough” and offered free bottles to 100 fans. Source: Time, as reported by JuJu From Chicago… One of our favorite deep-dish pizza shops is Giordano’s. JuJu loves Giordano’s so much that she got pizzas shipped to her for several Thanksgivings she spent away from the Chicago area. View this post on Instagram Two #friendsgivings in, the deep dishEast Coast #Thanksgiving tradition continues #pizza #cheese #giordanos #boston #thankful #blessed # A post shared by JuJu Kim (@kim_juju) on Nov 27, 2015 at 4:30pm PST …to New York We’ve spent most of our lives in the Midwest, so we had a lot to learn about the art of folding pizza like native New Yorkers do. Roberta’s is a New York pizza staple. Beyonce and Jay-Z are regular visitors, and we love the restaurant’s uniquely named pizzas like the White Guy, Bee Sting and Cheesus Christ. Emily is an NYC-based pizza joint that serves an Asian-inspired pizza called For The Nguyen. This pizza features radishes, chicken, scallions and Korean wing sauce. View this post on Instagram A perfect pair #FortheNguyen with chicken, Korean wing sauce, scallions, buttermilk blue, and radishes @hgriske A post shared by Emily Pizza E (@pizzalovesemily) on Aug 16, 2018 at 1:38pm PDT More on the cultural appropriation of food: David Chang, the founder of the Momofuku restaurant empire, frequently shares his thoughts on this topic on his podcast, “The Dave Chang Show.” Our pizza superlatives Best no-frills pizza for football season: Antonio’s Eunie’s favorite pizza of the moment: Barboncino Best pizza after a night out: Joe’s, Artichoke Basille’s Pizza on our bucket list: Prince Street Pizza, Pequod’s Follow us on social: Instagram: @two.kims Twitter: two__kims Web: two-kims.com Theme music: “Enthusiast” by Tours, edited and used under CC BY 3.0 license.