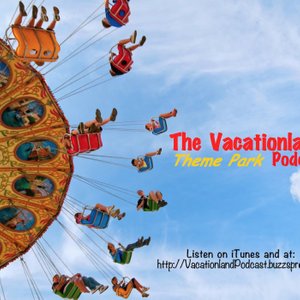 Join us as we report on the latest news, experiences, history and reviews from Disneyland, Knott's Berry Farm and Universal Studios and beyond by our panel of theme park fans and experts. 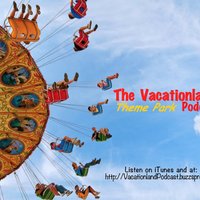 In Our last Episode of 2019:We wrap up our thoughts on Knott's Merry Farm 2019, and Dr. David shares his memories of Knott's Bear-Y Tales, cause the rest of us have no memory of it. Also, we discover that Karen is part of the parking problem for Mrs. Knott's Chicken Dinner Restaurant and find out which one of our hosts has taste in alcohol that would make a sorority girl jealous, plus the importance of agreeing with the parents in Disney movies and the limited time return of an 80's favorite. Park Hopping:-Haunted Mansion Rehab  -Disneyland Releases a Preview of the new "Magic Happens Parade"-"Eve" Returns to Universal Studios HollywoodPlus, we discuss the Holiday Offerings at Universal Studios Hollywood and Dr. Skipper shares his trip review on his recent outing to Universal Studios Hollywood.

EP-39 "Why Did It Have To Be Tourists? Hallmark Movies, Holidays at The Parks and Rehabs + News

In This Episode:Happy Holidays..!! We answer the important questions...like, is "Bingo Sheets" the name of a Hallmark Christmas Movie..? Which one of us spent Thanksgiving at a Country Club...? And old Knott's was a weird place. Lightning Round:Snow White Gets A Happily Ever AfterPark Hopping:-Indiana Jones Gets A Facelift For Its 25th Birthday-A New/Old Favorite Returns To Knott's-DVC Coming To The Disneyland Hotel 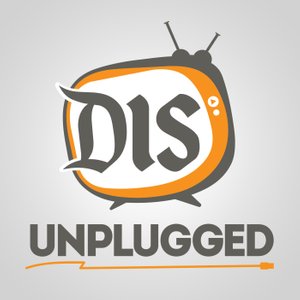 The DIS Unplugged: Disneyland Edition - A Roundtable Discussion About All Things Disneyland

In this Episode:-Chris talks about his recent trip to Walt Disney World-Fastpass Changes are Coming to Disneyland-Six Flags looks to buy the parent company of Knott's Berry Farm-With only a couple weeks till Halloween, Disney announces details about this year's Candlelight Processional. Plus, Dyan joins us to talk about Halloweentime at the Disneyland Resort, plus John and Brandice have an interesting experience at the Halloween Haunt "Boo-fet" and give us their impressions of this year's haunt.

In this Episode:-Brandice Comes In 5th in a rib eating contest-We talk about Disney's Trouble With Rocks-New Breakfast Options Coming to Knott's Berry Farm-The Avengers Get A New CampusPlus, Chris and Karen Rode Jurassic World The Ride And Paid For an Overpriced "Tiki Drink" so you didn't have to...

In This Episode:-Original John Talks About His Experience at SDCC 2019-A Brawl Breaks Out at Disneyland &amp; Knott's-Universal Studios Hollywood Announces Opens Jurassic World and Announces HHN Mazes-The Timber Mountain Log Ride Celebrates Its 50th Anniversary -Changes Coming to Booking Experiences at Oga's Cantina and Savvi's WorkshopPlus, Which one of us is most likely to start a fight in a theme park, and what the Main Street Electrical Parade has to do with Star Wars: Galaxy's Edge

EP-35"Maybe He Was An Understudy" News + Visiting Galaxy's Edge

In This Episode: -Knott's Goes Grease and Introduces It's "Summer Nights" Promotion- A Fan Favorite and an Oddly Placed Summer Show Come To California Adventure-Universal Studios Hollywood Announces More Details About Its Jeff Goldblum-less Jurassic World AttractionPlus, Dr. David is wrong about the Lion King, + Dyan, Dr. David and a Special Guest give us their  first impressions of Star Wars Galaxy's Edge.

In This Episode:Dr. Skipper is here to talk about Arizona Tiki Oasis and we FINALLY give away the autographed copies of Skipper Stories and More Skipper Stories in our book giveaway. Brandi and John join in and discuss their experience at the Knott's Berry Farm Boysenberry Festival. Park Hopping: -Calico River Rapids Sets Opening Date-Secret Life of Pets Attraction Announced at Universal Studios Hollywood-Mickey's Philharmagic 60% comes to Disney's California AdventurePlus, We'll discuss what it was like getting a reservation for Star Wars Galaxy's Edge.

In this episode, you get a different kind of an introduction. We're talking about the breaking news coming out of the Disney Parks regarding new stroller and smoking regulations in all domestic Disney Parks. After Breaking News: Park Hopping-New Dates Added To Universal 5k-New Disney Pop Up Event at Downtown Disney-New Details Released For Jurassic World Ride at Universal Studios HollywoodSegments: Finishing Up The Theme Park Food Festivals with the offerings at DCA's Food and Wine FestivalRoad Trip:Dyan Joins Us To Talk About Her Recent Trip to Solvang, CA