Updated about 1 month ago

Podcast by The Bladtcast by Christian Bladt

Podcast by The Bladtcast by Christian Bladt

Christian is a podcast God

Christian is a podcast God

Updated by OwlTail about 1 month ago

Read more
Christian, Captain EO and a sober Agent Starling are in studio to give their thoughts about the 2019 Academy Awards, the nominees and winners, joined by special guests Christian Toto of Hollywood In Toto and Marisa Serafini of Afterbuzz TV!

Read more
It's Bladtcast #300 and Christian is in the studio with Agent Starling and Captain EO while Coltrane is on a speaker phone. The guys look back on 300 episodes of the show, talk about the 2018 Boston Red Sox 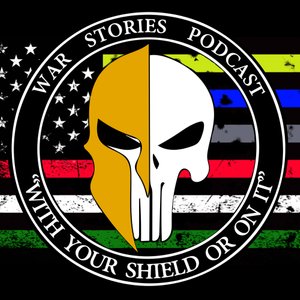 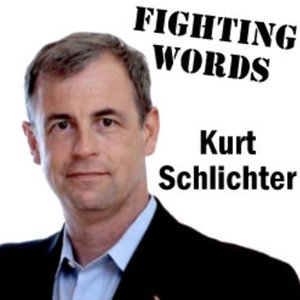 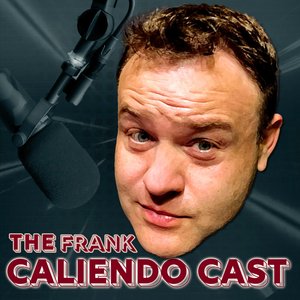 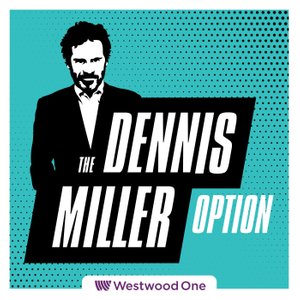 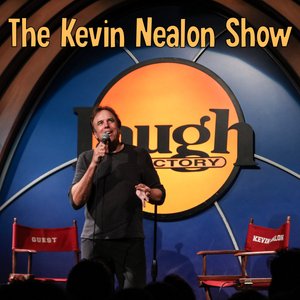 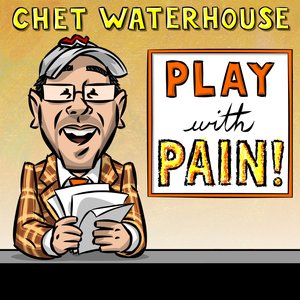 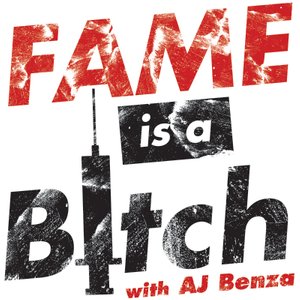 AJ Benza: Fame is a Bitch 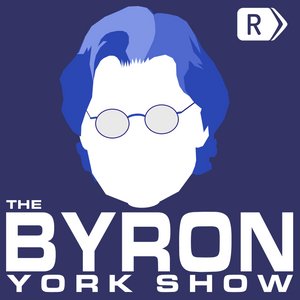 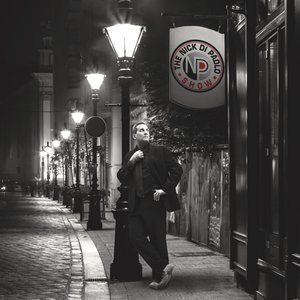 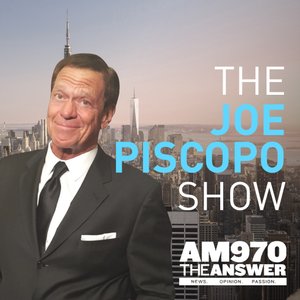 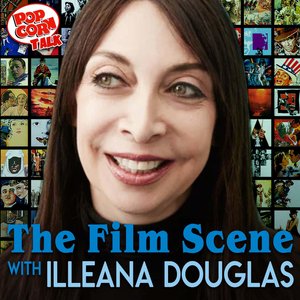 The Film Scene with Illeana Douglas 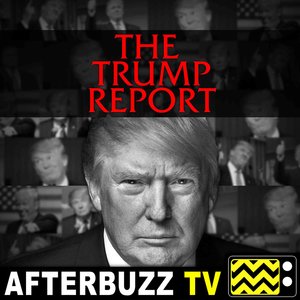 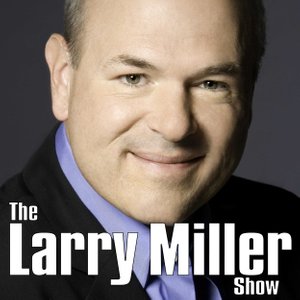 Read more
Because the world is a better place if Chris Claremont is part of something that's #281, Christian sits down with author Chris Claremont for an insightful conversation about his legendary 17 year run on the X-Men titles, his thoughts about the comic book industry today, why super heroes shouldn't get married, the importance of multi-layered adversaries, the TV adaptation of his co-creations "Legion" and The Shadow King, the importance of giving comic book authors proper credit for films, Logan as a parent (and his parentage!), a light "Star Wars : The Last Jedi" spoil, some heavy spoilers for "Infinity War" (you've been warned!) and much more!

Rank #4: Bladtcast #338 - "The One With The Comedic Studies Conversation"

Read more
Christian sits down to chat via Skype with the Chair of Boston College's Communication Department, Matt Sienkiewicz, who is one of the editors of "The Comedy Studies Reader" about their respective comedic upbringings which included the Muppets, Sesame Street and ALF. There's an in-depth discussion about Saturday Night Live, and how the show is often a barometer for what's accepted in comedy from Watergate to 9/11 to today.

They also talk about how comedy reflects our society and how it's currently difficult to talk about politics and serious issues on a wide scale, the difficulties in navigating what is a very confusing time for comedy, whether someone will take a chance on a truly nonpartisan approach to comedy, why forays into conservative comedy haven’t worked, how most TV is bad TV.

They also discuss how appreciation for M*A*S*H must be generational, navigating the waters of what's appropriate for kids to watch versus what's insufferable and much more!

Plus, you can find out how to get a copy of "The Comedy Studies Reader" absolutely free!

Read more
Christian catches up with the delightful Lauren Lograsso to discuss their time together on "The Tomorrow Show with Keven Undergaro", her own podcast "Unleashing Your Inner Creative", her career (musical and otherwise), quarantining with her parents in Michigan and more more!

Read more
Christian is joined in Culver City by Fard Muhammad and Lindsey Floyd after a recording of The Dennis Miller Option, to talk about broadcasting, careers, comedy, Fard's trp out west and much more!

Read more
Christian and Captain EO offer their SPOILER-FILLED reactions to Star Wars Episode IX, "The Rise of Skywalker", compare and contrast it to the previous films in the series, and talk about its impact on "The Last Jedi".

Read more
Christian is joined by friends of the Bladtcast Gene Barretta and Jason Blair to discuss the great new documentary "Won't You Be My Neighbor" about Mister Rogers: what they thought of the film, what it made them think about and how it made them feel. They also talk about how the show impacted them when they were younger and how differently they view it as parents.

Read more
Hit the road this Thanksgiving weekend with an ALL-NEW Bladtcast #352, where Christian and Captain EO start off talking about discussing comments about episode 351 as to how Will sounded like he was at death's door, more about episode 350 and the upcoming Bladtcast Christmas Party. There's also discussion about Bojack Horseman, Bob's Burgers, Jeff's dog Mary Jane Walkson, all the birthdays happening over this week and next, airplane emissions, the film "Ford v. Ferrari", the fact that 55 million suckers will be traveling for Thanksgiving this year,  Brandon Brooks of the Philadelphia Eagles leaving Sunday's game after suffering an anxiety attack that left him unable to stop vomiting, which leads to a conversation about treating anxiety and ADD with prescription medication. Plus, the approach to talking to your parents as an adult who lives on the other side of the country, why we'll never get flying cars, doing The Dennis Miller Option podcast compared to the old radio show, Jeff's arrival on the Bladtcast Mt. Rushmore, helping people avoid racial epithets, managing social media for employers, the brilliance of Jim Rome, Marc Maron and so much more!

Read more
Christian, Agent Starling, Captain EO and Coltrane are back together to commemorate the Bladtacst anniversary that no one asked for, but also no one can run away from. They also chat with Matt in KC, David Hines and attempt to talk to Dominicus Saxon. [A video version of this episode was streamed live on Saturday 4/24/2020, the archive of which can be found on the Bladtcast YouTube page.]

Read more
Christian and Captain EO are joined by artist Dave Dorman to discuss "The Rise of Skywalker" and the future of the "Star Wars" franchise, including "The Mandalorian".

Read more
On an all-new Bladtcast #270, "Krysten Ritter? I hardly know her!", Christian, Agent Starling and Captain EO are finally back together in the studio, starting off with some real world talk about Will's impending surgery and a little disagreement between Christian and Jeff that has since been smoothed over. Then, we finally get Jeff's reaction to the Patriots loss in this years' Super Bowl. To keep Will invested, the conversation then shifts to the Batman animated series, Captain EO chimes in about "Too Funny to Fail" the Hulu documentary about "The Dana Carvey Show" and some of the other great original content from streaming services,
there's also a rapid-fire conversation about a variety of series, including "Runaways", "Agents of SHIELD", "The Punisher", "Altered Carbon", "Almost Human" and more as Christian discusses the increasing demands on his time with two kids, including the early stages of potty-training his two-and-a-half year old son Felix. There's an update on Dennis Miller's "Red Circle Sports" podcast, a look back to St. Patrick's Day 2015, Dames and Games, Bladtcasting from the car, and LA weather compared to the East Coast. Christian and Will BRIEFLY disagree about "The Last Jedi" but save the bulk of the conversation for another day, so that the guys can begin planning in earnest a celebratory afternoon with Live to commemorate Christian's belated birthday and the belated fifth anniversary of the Bladtcast -- the results of which you will hear NEXT WEEK on Bladtcast #271.

Read more
Christian is joined in studio by comedian David "Salman" Weiss and via Skype by friend of the Bladtcast Jason Blair to recap Super Bowl LII, the commercials, the halftime show and, of course, "Star Trek Discovery".

Read more
Professor of Media Studies at Boston College and co-author of "The Comedy Studies Reader", Matt Sienkiewicz returns to talk about the future of scripted entertainment in this age of socialdistancing, Quibi, HBO Max, worst films viewed in a theater, good and bad date movies and much more!

Read more
Christian, Agent Starling and Captain EO stream live once again, this time ostensibly to celebrate "Star Wars Day", May The Fourth Be With You, and they do legitimately share some Star Wars memories and favorite moments, but, things go pretty far off the rails, mostly because someone is drunk-eating a jar of peanut butter. Which, of course, is very much ON-BRAND for The Bladtcast.

Read more
[NOTE : This is the audio-only version of Bladtcast #350, with a full video version available on the Bladtcast YouTube page and at Bladtcast.com]

On the occasion of Bladtcast #350, Christian and Agent Starling are joined in studio by Xia Anderson, Amy Cassandra Martinez and Lindsey Floyd to discuss what the Bladtcast has meant to them, whether or not it's appropriate to use ketchup at breakfast and asking to be paid what your worth for the work that you're doing. Plus, live AMSR auditions, the quality of Parks & Rec's early seasons, Chris Pratt's history with the ladies, Amy not swearing, President Obama on Cancel Culture, Kermit the Frog's Sexuality, supreme Bladtcast patron Matt in KC and that hundred dollar BevMo gift card and Jeff listening to episodes he's not in. Amy also shares a joke, there's discussion about languages in Hawaii, feedback to Lindsey's laugh, going to strip clubs and tipping strippers, superhero movies, mushrooms (magic and otherwise), Doctor Who, Jessica Jones, going to concerts, Tik Tok, finding a good therapist, getting instagram followers,  breaking the live news of Ant Man 3 and Spider-Verse 2 and any-much more!

Read more
Christian discusses Bruce Springsteen's recent film based on his album "Western Stars", the film "Blinded by the Light" his Broadway show, music in movies, movies based on music and much more with Springsteen aficionados CHAT's Dan Reynish, and (making his Bladtcast debut) Ryan Nilsen of Afterbuzz TV!

Read more
Alexa Cappiello is back for a return visit with Christian to talk about film, careers, acting, careers as a professional tour guide, karaoke, the X-Men Animated Series, costumes (Halloween and otherwise) and much more!

Read more
Christian is joined by Afterbuzz TV's Alexa Cappiello to discuss their thoughts and the historical background for Quentin Tarantino's 9th film, "Once Upon A Time in Hollywood".

© 2020 OwlTail All rights reserved. OwlTail only owns the podcast episode rankings. Copyright of underlying podcast content is owned by the publisher, not OwlTail. Audio is streamed directly from The Bladtcast by Christian Bladt servers. Downloads goes directly to publisher.