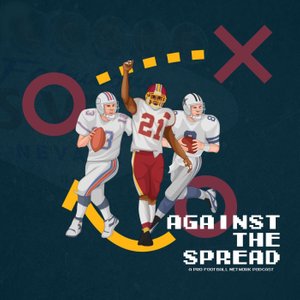 Join hosts Ryan Gosling, Christopher Smith, and George Templeton as they give you the best betting props around the NFL. 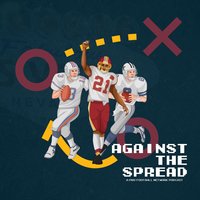 The final Against the Spread is the final PFN podcast and hosts Chris Smith and George Templeton welcome back two alumni of the show, Ryan Gosling and James Aguirre. After George finds the humor in the Rams-Lions swap of picks and quarterbacks, the panel gets down to business with Super Bowl picks, and potential prop bets to target. Anytime TD and first TD scorers get a lot of air time, as well as potential non QB MVPs, the color of the Gatorade that will be dumped on the coach and weather-related props. The show signs off with an appreciation from George of the Podcast Division and everyone who was in it.

Which quarterbacks could go where + James Aguirre

A packed show this week as a member of PFN's Free Cash Crew, James Aguirre joins regular co hosts Chris Smith and George Templeton to talk conference championship games and future landing spots for quarterbacks. George's rant bashes Sean Payton for how he utilized his quarterbacks in 2020. Where will DeShaun Watson and Carson Wentz be when the 2021 regular season begins? The trio break that down. Then it's the conference championship games where both George and Chris both engage in hedging and James gives you some good advice on in-play bets. 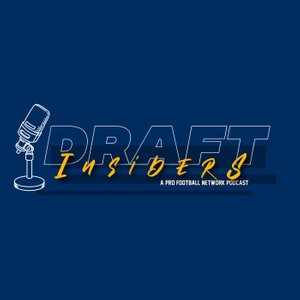 Cohosts Chris Smith and George Templeton load up on the teasers again after success in the Super Wild Card round with them. George discovers the perfect nickname for Chris after he hedges yet again (and you thought it was only with the Dolphins). George declares that a road team will definitely win this weekend and Chris gives you which one it will be. And can New Orleans not only beat Tampa Bay a third time but blow them out a third time? Plus a major announcement from Chris early in the show.

All hail Chris, king of the teasers!

Host Chris Smith is dominating the NFL with teasers in the back of the season and this week gives you a two-team tease that is likely to continue his hot streak. Before that co-host George Templeton tears into Joe Judge and his comments about what the Philadelphia Eagles did in the fourth quarter against Washington. George also brings you another Infante parlay that works off Chris' teaser bet. There is also 1 playoff game that scares both hosts off. Listen to find out which one it is.

Chris returns with a rant!

No better way to finish off 2020 with the return of Chris Smith to Against the Spread albeit with a slightly different beginning to the show. Chris has to rant about Dolphins fans and it's very justified. Co-host George Templeton wishes doom on the Colts after last week and that forms the basis for his main bet on the final weekend. Chris can't resist one more emotional hedge against the Dolphins before the season finishes. Plus a single-game Matt Infante parlay you can believe.

This week, with co-host Christopher Smith attending to Dad duties for the holiday season, George Templeton rides alone. But Chris has made bets this week and they includee a single-game (Matt Infante) parlay for the Christmas Day game between the Vikings and the Saints. There is a mini rant inside a detailing of who were Grinches in the NFL in 2020 and necessarily it includes many coworkers here at Pro Football Network.Then it's the key games on the NFL slate. Is there any hope for the Pittsburgh Steelers? Who wins the battle for the NFC West between the Rams and the Seahawks. And the anticipated shootout between Tennessee and Green Bay plus more.

The boss steps in

With normal host Chris Smith not here to celebrate his epic Week 14 betting triumphs, George Templeton takes the captain's chair and welcomes in the self-proclaimed betting "expert" and founder of ProFootballNetwork.com Matthew Cannata to go through Week 15. Before hitting all the key games, George goes on a wild rant about Taysom Hill and the Saints. Then we listen to why Matthew resolutely backs Miami Dolphins to beat New England, one of his two big locks this week. Also George points you towards some potential live underdogs.

On this week's episode host Christopher Smith puts all his chip on the table Jim Fassel-style with not only his biggest teaser bets ever but a huge investment in one of the teams in prime time this week. George Templeton goes on a mini rant about the Philadelphia Eagles and compares coach Doug Pedersen to an underneath Looney Tunes character. Plus George takes a plunge with a team that Chris vowed never to bet on again with its current coach in charge.

George is angry at nearly everyone except Chris

Chris Smith returns from his week away to find a particularly cantankerous co-host George Templeton. In the rant George takes dead aim at the NFL and the way they accommodate the worst offenders of the COVID19 policy and discipline teams that follow the policy to the letter.Then it's the slate of games highlighted by a big disagreement on the Indianapolis-Houston and George taking another shot at Taysom Hill.

Tommy Garrett steps in with an interesting theory

With normal host Christopher Smith dealing with Thanksgiving week family commitments, co-host George Templeton takes control and after sitting in on Fantasy Force last week brings on Tommy Garrett (also of Moneyline and Wine) from that pod to talk this week's NFL slate. Tommy also brings a very plausible theory behind the postponement of the Ravens-Steelers game from Thanksgiving night. And it concerns one of many prescient bets Chris made early in the season.