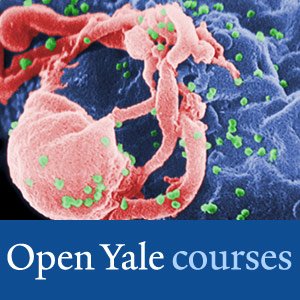 Epidemics in Western Society Since 1600 - Video

Epidemics in Western Society Since 1600 - Video 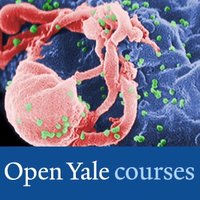 Dr. Margaret Craven discusses HIV/AIDS from the perspective of a front-line clinician. AIDS is unprecedented in both the speed with which it spread across the globe and in the mobilization of efforts to control it. It is a disease of modernity. Along with the relative ease and velocity of modern transportation methods, other background conditions include Western medicine, with hypodermic needles and bloodbanking, intravenous drug use, and the development and concentration of gay culture. In the U.S., early public health attempts at understanding and combating the virus were hindered by right-wing domestic political and religious forces. Successful containment of epidemics cannot be achieved under the spell of hypocrisy and politicization; rather, medicine and education must be evidence-based and practical.

18 - Tuberculosis (I): The Era of Consumption

An ancient disease, tuberculosis experienced a major upsurge in Western Europe in the nineteenth century, corresponding with increasing industrialization and urbanization. Poor air quality and cramped living conditions increased susceptibility to the disease. Tuberculosis also had a significant impact on European culture. In this respect, the modern career of the disease can be divided into two eras: the first associated with artistic romanticism and the idealized image of the beautiful and brilliant consumptive, the second, following the germ theory of disease, linking tuberculosis with social fears of poverty and contagion.

In the last decade of the nineteenth century, malariology emerged as the most prestigious and intellectually exciting field in the new discipline of tropical medicine. The disease's complexity and resistance to conventional public health strategies posed a major challenge to doctors and scientists. Plague measures and social hygiene had no effect in curbing malaria, and the disease proved difficult to classify. The case of Italy, and the malaria eradication program of 1900-1962, furnished a model for other efforts across the world. In evaluating the Italian campaign, it is important to distinguish between valuable lessons and warnings for future efforts, and in particular to account for the diversity of strategies responsible for its success.

Of all the diseases studied in this course, malaria has been responsible for the most human suffering. It has evolved alongside humans, and impacted human biology as well as civilization. In the former case, this impact is evident in genetic diseases like sickle-cell anemia which, while increasing vulnerability to a host of other illnesses, has the advantage of conferring substantial resistance to malaria. In social terms, malaria's debilitating sequelae have resulted in a reciprocal cycle of poverty and infection, low productivity and the desertion of profitable land weakening societies' ability to combat the disease and ultimately reinforcing a division between the global North (where malaria was eradicated following the Second World War) and the South, where the disease persists.

15 - Tropical Medicine as a Discipline

The sub-discipline of tropical medicine furnishes a clear example of the socially constructed character of medical knowledge. Tropical diseases first enter medical discourse as a unique conceptual field and topic for specialization at the end of the 19th century, and the heyday of tropical medicine - from the 1890s to the First World War - corresponds to the golden age of Western colonialism in Africa and Asia. This correspondence was not accidental; tropical medicine both gave practical aid to colonial powers faced with unfamiliar disease environments and furnished a deeply Eurocentric view of disease well-suited to the ideology of colonial expansion. As a consequence of this approach, little attention was given to the social factors of disease (work conditions, poverty, malnutrition), and the health of native populations was largely ignored. Subsequent periods of research in tropical medicine have, with decolonization and infusions of money from American foundations, been obliged to confront the consequences stemming from the discipline's formation as an instrument of colonial subjugation.

Reliable records of influenza, dating back to the 1700s, suggest a pattern of one major pandemic every century. Among the pandemics for which there is solid documentary evidence, the outbreak of 1918-1920 is by far the greatest. The so-called Spanish Lady caused somewhere between 25 and 100 million deaths worldwide. It is distinctive both for its high mortality rate, in comparison to other flu pandemics, and for its unusual demographic effect: whereas the flu typically targets the very young and old, the 1918-1920 epidemic struck adults in the prime of life. Without a cure for the disease, public health authorities today are in a position to learn from the successes and failures of the early-twentieth-century response.

The cultural transition from the romantic era of consumption to the era of tuberculosis derived not only from the germ theory of disease and the triumph of contagionism over anticontagionism, but also from political considerations. Worries over population decline and growing working-class militancy were aggravated by what now appeared to be a social disease, or a disease of poverty. One of the strategies deployed against the disease was the sanatorium, an institution which was capable both of instructing patients in contagionism and in imposing a practical quarantine. Although the development of effective chemotherapy in the 1940s raised hopes that tuberculosis might be globally eradicated, these have unfortunately proven to be overly optimistic. Factors such as poverty and population displacement continue to favor the disease's spread today, particularly in the Third World.

Asiatic cholera was the most dreaded disease of the nineteenth century. While its demographic impact could not compare to that of the bubonic plague, it nonetheless held a tremendous purchase on the European social imagination. One reason for the intense fear provoked by the disease was its symptoms: not only did cholera exact a degrading and painful toll on the human body, it also struck suddenly, and was capable of reducing the seemingly healthy in a period of hours. A second major reason for the disease's significance was its overwhelming predilection for the poor: transmitted through the oral ingestion of fecal matter, cholera was intimately associated with poor diets and unsanitary living conditions. This correspondence qualifies it as an archetypical disease of poverty, and implicated cholera in the larger nineteenth-century political anxiety over the "social question."

Professor Snowden describes the historical detective work that went into the research and writing of Naples in the Time of Cholera, his study of the 1884 and 1911 epidemics of Asiatic cholera that struck Italy. The latter epidemic is of particular interest, because the official historiography of the disease has long confined its outbreaks in Western Europe to the nineteenth century. Through his investigation, Snowden discovered that there was in fact an epidemic on Italian shores in 1911, and that its absence from subsequent histories was the result of concerted efforts of concealment on the part of Italian and U.S. authorities. The story of this successful concealment sheds light not only on the history of Asiatic cholera in the early twentieth century, but also on more recent public health campaigns that have involved concealment, such as China's response to the 2002 SARS epidemic.

In the decades immediately following the French Revolution, Paris was at the center of a series of major developments in medical science, sometimes described as the transition from medieval to modern medicine. Although the innovations associated with the Paris School were in large part products of the ideological and institutional transformations brought on by the Revolution, they belong to a long list of challenges to the Galenic orthodoxy of "library medicine." Successive scientists and physicians had questioned the exclusive commitment of medicine to interpreting ancient texts; in the hospitals of Paris, a new medical epistemology, focused on empirical observation and the diagnosis of specific diseases, was put into practice.

© 2020 OwlTail All rights reserved. OwlTail only owns the podcast episode rankings. Copyright of underlying podcast content is owned by the publisher, not OwlTail. Audio is streamed directly from Frank Snowden servers. Downloads goes directly to publisher.