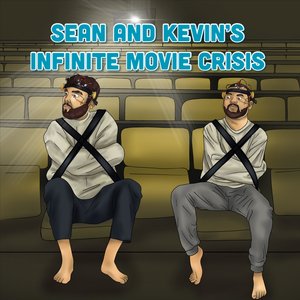 Sean and Kevin are best friends. One night they couldn't decide what to watch, so they compiled of movies ranked from 1-10. 1 Being the worst 10 being the best. Every week they roll a ten sided die to decided what they are going to watch. Some weeks they'll watch perfect action movies like Mad Max Fury Road other weeks they'll watch disasters like Bullet to the Head and sometimes they'll watch Hitch but they never decide the dice decides. Come Roll With Us. 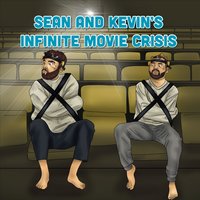 We are taking a quick break from our usually scheduled program to try something new. We our giving our thoughts on the entirety of the Rocky/Creed Franchise, were they would end up on our list. The 1-10 scale still is in effect but now you get to see how they land on the original list. Fun Stuff.

Crisis. Infinite Movie Crisis. Thats the name of the game as we talk the ultimate Spy, drunk, womanizer, karate chopper James Bond. In what many consider to be the best bond film ever. Sean and Kevin break down the film from the first time they watched it, to the theme song we wrote in college, to how much it would suck to actually be bond. Then we have epic roll to decide next weeks fate.

A very small weird film this week as we tackle the 2014 Indie Dramedy Frank. Kevin rolled a 5 so we had to watch a film we both hated the first time we ever watched it. Starring Michael Fassbender and Domnhall Gleason we went on a wild ride this time around with each of coming to new conclusion about the peculiar film.

Back to back 8's were rolled. But is The Italian Job actually an 8 or has Kevin been lying to himself all these years. We go into the FX classic starring Marky Mark Wahlberg and the Fast and Furious light crew. We discuss what happens when a movie feels like its apart of a franchise but it kind of isn't. As always we then roll again for next week.

This week on the podcast we are talking very little (get it?) because we are talking 2011 Drive.  The Arthouse Action Flick starring Ryan the Goose Gosling as a getaway driver that gets in deep with the LA Mob. We get in deep about the amazing soundtrack, the films influences on hipster America, how uniquely edited and shot is and just how Danish Nicolas Winding Refn is. Also as always re roll again for next week.

Kevin is out of town so its up to Sean to fill the void this week. Sean went out and saw A Quiet Place Part 2 and Disney's Cruella. Enjoy the mini spoiler free review of the films. Sean also gives tweet length reviews of every film he has seen this year.

We have an oversized massive episode for you this week. We went nearly two hours talking Spider-Man the worst movie. This movie is overstuffed, ridiculous, tons of studio interference, bad performance and just disappointing. But none of it matters because it got immediately rebooted after this came out.

The Dice giveth and the dice taketh away. After a great movie we drop down to just an okay movie in 2013's Oblivion. Directed by Joseph Kosinski and starring Tom Cruise, Sean and Kevin talk through an incredibly average cliche filled Sci-Fi movie that is best consumed a little hungover on FX or TNT. Sean and Kevin each had the least amount of notes taken for any film this week because it was Oblivion a very forgettable movie.

No Country For Old Men

We are back to our regularly scheduled movie rolls and this week is great one because we watched No Country For Old Men. The seminal 2007 western thriller by the Coen Brothers. We had a really hard time making fun of this movie because it's near perfect. What we do do is go into all of the youtube video essays about this film and what makes it so great. Enjoy.

We have been teasing it for a long time but the day is finally here Zach Snyders Justice League has arrived on HBOMAX in all its 4:3 glory. This is a straight up drunk commentary so we are talking over the movie giving our live reactions to the movie. Sync it up with the movie and enjoy

© 2020 OwlTail All rights reserved. OwlTail only owns the podcast episode rankings. Copyright of underlying podcast content is owned by the publisher, not OwlTail. Audio is streamed directly from Sean Barry servers. Downloads goes directly to publisher.