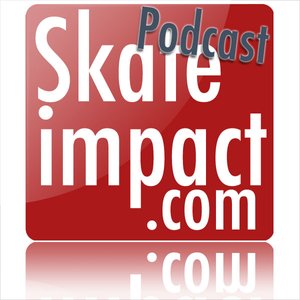 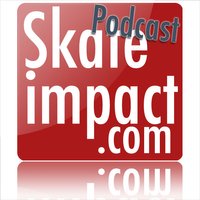 Every skater was talking and asking lately about the upcoming movie that features for the first time the Egyptian Skateboarding scene and specifically the Alexandria skateboarding scene.We are happy that Yassin Koptan who is a key rider for skateimpact was chosen as character in the movie, accompanied in some scenes by Karim alexander and Amin Rida.Microphone movie is produced by Mohamed Hefzy -- Film Clinic, Co-producer Khaled abol naga and directed by the talented director Ahmad Abdalla.The story goes as folowing,a young man named Khaled returns to his native city of Alexandria after an extended sojourn abroad, only to realize that the people he left behind, namely his girlfriend and his family, have moved on. His girlfriend has decided to emigrate and his father wants nothing to do with him. Alone and disconsolate, he takes to the streets and falls down the proverbial rabbit hole. In his absence, Alexandria itself has suffered something of a major change, morphing into a modern city, full of hip-hop musicians, graffiti artists, filmmakers and emancipated young women. Enraptured by this new incarnation of his hometown, Khaled attempts to get in on the action, as it were, cobbling together whatever money he has to give back to the community, and support this burgeoning creative movement. But as Khaleds personal and professional life become inextricably intertwined, he too undergoes a significant change.Ahmad Abdalla (Heliopolis) brings juice and youthful fervour to the action, buoyed by some remarkable musical performances (most of which are provided by non-professional musicians that call Alexandria home). On rooftop sessions with punk rock girl bands, or in dingy underground venues, the surging life of a genuine youth quake is going on. This form of DIY culture creates a vivid portrait of an Egyptian city and its people in the midst of a vibrant cultural revolution. An exciting addition to a growing wave of North African cinema, Microphone is bursting with life, sound and energy.

Skateimpact.com proudly presents the new team formation.Meet the Team: Karim Forsberg, Yassin Koptan, Amin Rida.These skaters have been riding for the last 4 years shredding spots inside and out of Egypt. Skateimpact proudly supports their efforts sponsoring them to give them the reason to always go for more. It has been the one and only goal of Skateimpact is to develop, propagate and place proper foundation of skateboarding in Egypt... and it will always be.Yassin (a.k.a Bling) and Amin, have been riding as Flow Team for the past years until they have reached the point they are definately noticed everywhere. They never stop, they always seek proper skills development while they never stopped to have fun on the board either.Interviews, and more coverage to be published on the hour.Skateboarding in Egypt is entering a new era, and you can be part of it. Flow team to be announced soon, we will always keep an eye on those of you who have got the art of riding and ripping everywhere.

Morgan Smith doing what he does best: killing it.

Ronnie Creager, hits the park with some gnarley manual combos.

Skateimpact Flow Riders Amin Rida and Yassin Koptan brings you some sick footage. Filmed in Cairo and Alexandria along with friends, these kids have the skills to rip local spots.

© 2020 OwlTail All rights reserved. OwlTail only owns the podcast episode rankings. Copyright of underlying podcast content is owned by the publisher, not OwlTail. Audio is streamed directly from Skateimpact.com servers. Downloads goes directly to publisher.