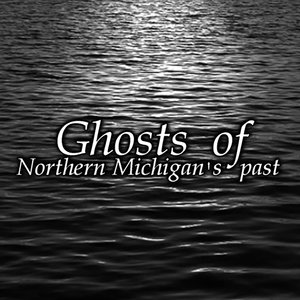 Ghosts of Northern Michigan's Past

Northern Michigan holds a lot of history from Traverse City all the way up into the UP. That history gives way to things paranormal. Join Christopher Struble, along with special guests, as he tells stories of some of the places around Northern Michigan that have been known to have visitors from the past. Episodes are released bi-weekly on Thursdays.Intro Music: They Come At Night by Shane Ivers – https://www.silvermansound.comOutro Music: Dank Halloween by Shane Ivers – https://www.silvermansound.comFollow on Facebook for updates!https://www.facebook.com/Ghosts-of-Northern-Michigans-Past-102568772028257 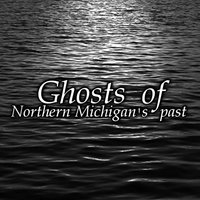 Ghosts of Northern Michigan's Past: Episode 8 - A Return Trip to Mackinac Island

Chris returns to Mackinac Island with special guest Pete Kehoe who has lived on the island as a musician for different hotels over the years. The two talk about experiences that occurred to themselves and stories told to them by other residents of the island.   Follow us on Facebook!   https://www.facebook.com/Ghosts-of-Northern-Michigans-Past-102568772028257

The history of Mackinac Island has caused numerous paranormal experiences. In this first episode covering the island, Chris dives into different experiences that have happened to him and widely known experiences on the island.

Ghosts of Northern Michigan's Past: Episode 6 - The Ghostly Encounters at the Perry Hotel: Part 2 - The Mischievous Young Girl

In this episode, Chris once again talks about the Perry Hotel and different ghostly encounters This time talking about a young ghost girl who has frequently been photographed as well as enjoys playing with guests of the hotel. He also talks about some other ghosts who have taken up occupancy of the hotel over the years. Follow us on Facebook!   https://www.facebook.com/Ghosts-of-Northern-Michigans-Past-102568772028257

Ghosts of Northern Michigan's Past: Episode 5 - The Ghostly Encounters at the Perry Hotel: Part 1 - A Ghost named Doris

Chris begins his dive into the hauntings at the Perry Hotel in Petoskey, Michigan. It's one of the places in the area that he has had numerous ghostly encounters happen to him, people on his tour, as well as people who have worked at the hotel over the years that have conveyed their experiences to him under the guise of staying anonymous. In this first episode surrounding this active place, Chris talks about one ghost in particular that has been given the name of Doris and some of her sightings and shenanigans that she has pulled.   Follow this podcast on Facebook! https://www.facebook.com/Ghosts-of-Northern-Michigans-Past-102568772028257

Ghosts of Northern Michigan's Past: Episode 4 - The Hauntings of City Park Grill

City Park Grill in Petoskey, Michigan is one of the oldest buildings in the city. The building has a rich history and has housed many people throughout the years, including Ernest Hemingway during his years of visiting Northern Michigan. With this rich history, it has become a place with a lot of paranormal activity. In this episode, Chris explores some of the paranormal stories that he himself has experienced, as well as some that have been told to him from friends as well as people who've toured the building with him.   Follow us on Facebook! https://www.facebook.com/Ghosts-of-Northern-Michigans-Past-102568772028257

Ghosts of Northern Michigan's Past: Episode 3 - The Paranormal in the Lighthouses of Michigan

Chris sits down with Dianna Stampfler author of the book "Michigan's Haunted Lighthouses" to talk about the paranormal happenings that occur around the lighthouses of Michigan. They talk about some of their own experiences firsthand while exploring lighthouses and Dianna gives some background into why these places could be haunted.   To buy a copy of Dianna's book: https://promotemichigan.com/product/michigans-haunted-lighthouses

Ghosts of Northern Michigan's Past: Episode 2 - The Terrace Inn

The Terrace Inn, located up in Petoskey, Michigan, has been known to have a lot of paranormal activity and in this episode, both Christopher Struble and returning guest, John Cassidy dive into some of their experiences they have along with stories told to them by people they know. The two also get into a discussion about different ways paranormal activity can occur, even in buildings that aren't old, or have any historical meaning.

Ghosts of Northern Michigan's Past: Episode 1 - A Ghostly Introduction

In this first episode Christopher Struble, and special guest John Cassidy, a local medium, talk about ghosts and some of their personal experiences of how they discovered ghosts in their own lives. They then begin telling stories about the Terrace Inn their experiences in the widely known haunted building in downtown Petoskey, Michigan.