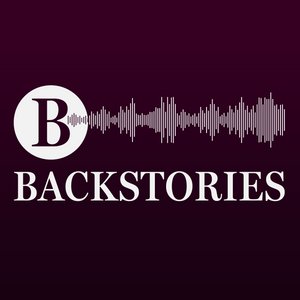 Backstories is a celebration of story and storytellers. It's an exploration of how and why stories are told. In each episode, we interview a storyteller to find out what their practice is, why they're drawn to it, and how they manage to keep it going. We're interested in joining the dots between pieces of art and the personal, social, political and artistic forces that shape artists of all kinds. Our ever-expanding list of guests cover a range of storytelling professions, such as: poet, publisher, playwright, performer, musicians and many more. 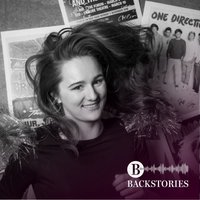 Yve Blake is a playwright, composer, musical comedian and actor. Yve is one of the first to receive the Rebel Wilson Theatre Making Scholarship where she developed a musical call Fangirls, which also stars Yve and has just completed its first season. In addition to her play, Yve has given a TEDx talk on the topic of fan girls where she explores the way in which our perception of fans is gendered, asking why it is acceptable for one group of people to have intense feelings and emotions while others are belittled and told they are being silly. Yve at TEDx Sydney – https://tedxsydney.com/talk/why-are-fangirls-scary-yve-blake/ Yve on the ABC talking about Fangirls - https://www.youtube.com/watch?v=9w8Khl-2lFI Please fill out our listener survey. This will really help us plan for the next season and give you guys more of what you like -  http://backstoriespodcast.com.au/survey/ 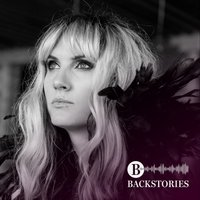 Sunshine Trott is a Melbourne dance floor institution – combining electronic sounds with a live gospel choir Disco Faith. Growing up in Perth, Sunshine found herself at her first rave at 12, instantly being draw in by the “energy and how it moved the room.” “I loved the whole atmosphere, it didn’t matter if you were a guy or girl or your background, everyone felt like one. “I remember this one time being so blown away by a DJ set and not really understanding what goes behind it, it was more the energy of how it moved the room and I was like ‘that’s what I want to do with my life.” At 16 Sunshine left school and moved across the country to Melbourne to pursue her dream of becoming a DJ. “From as long as I can remember I wanted to get out of Perth, it was just too small and the music scene was very small too.” Now DJ Sunshine is one of Melbourne’s most well-known DJ’s and has been playing at the infamous club Revolver for nearly two decades. In this episode Sunshine explains how her music takes those one the dance floor on a reactionary journey, more like an unscripted musical then a pre-recorded set. Music played in this episode can be found at here - https://www.beatport.com/artist/sunshine-and-disco-faith-choir/691175 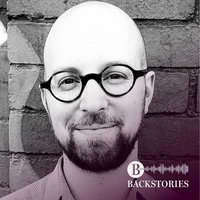 Russell Goldsmith is a multiple award-winning and Tony Award nominated Melbourne based Sound Designer, Composer, Producer and Audio System Designer. If you have seen theatre around Melbourne you have almost certainly heard his work. When Russell is given a script, he says he always asks himself “What’s missing from this work?” “As a sound designer or composer or as a kind of sonic dramaturg, all I ever seek to do is to fill in the gaps as to what is missing.” “Sometimes that gap is at the apex of the play, other times it’s at the margins of the piece and just holds it up and supports it or introduces an undercurrent of mystery or harmony or joy.” Russell is happy if an audience is unaware of his influence throughout a play saying he doesn’t like to be prominent and that he likes to “hide in the margins.” “Some of the greatest experiences I’ve had in this business have been sitting in an audience on an opening night next to my composer compatriot trying to figure out whose work that is. “There’s something really delightful about collaborating with someone so intricately it’s impossible to delineate whose work is what.” Russell has been a continual innovator in the field of creative sound design and we are happy to have him discuss how he works and why sound is such an incredible medium for storytelling. 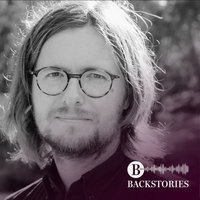 Sam Cooney is a Melbourne based publisher, writer and editor. He runs the not-for-profit publishing organisation that produces the quarterly literary magazine The Lifted Brow. Sam is also a member of a number of literary boards and is a sessional lecturer in creative writing and publishing subjects at RMIT and the University of Melbourne. He says his career was “born out of a love of reading.” “I was going to the next great Australian novelist and everyone was going to love and adore me…and that might still happen.” Sam was first asked to edit submissions to the publication Voiceworks and says, “it was there I realised I was good at that and perhaps I was better at that then being a writer.” “The biggest revelation was the act of editing somebody else’s work and publishing it can be as creatively fulfilling as writing your own work.” He says editing work can be easier in some respects but you don’t get the same “adrenaline rush” and “pride of doing it yourself.” Throughout this interview Sam talks very candidly about his editing saying he is an “interventionist editor” and that he will openly and honestly discuss with a writer how they can make their piece better. http://backstoriespodcast.com.au/samcooney 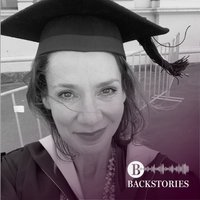 Tammy Lee Rock is an award-winning actor, playwright, director and trailblazer. Her one-woman show, I don’t wanna play house, has the honour of being Australia’s longest running show which explores: poverty, racism, physical and emotional violence, child abuse, displacement and trauma. Tammy says this show is a “human story” that echoes with people regardless of race, nationality or culture. “What comes from the heart, goes to the heart. “I’m just telling a story, not realising the impact and the resonance around the globe. So everywhere I travel [people say] ‘oh that’s my story’, even in non-English speaking countries.” Throughout the conversation, Tammy and Angus discuss the importance of controlling the narrative of Indigenous people. Tammy says, “we’re tired of other people coming into our cultural space and telling our stories.” “When you put a black person from Nhulunbuy in a Tasmanian story, I don’t see me. I see a Nhulunbuy person telling my story.” This conversation goes deep into racial politics and what it means to be defined by your ancestry. This episode contains strong language and discusses sexual abuse and other themes graphic in nature. 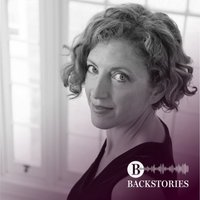 Joanna Murray-Smith is a world-renowned playwright, novelist and screenwriter. In this first episode of Backstories, Joanna talks about her life growing up and what influenced her journey into the arts; from her mother taking her to shows as a child or listening to family friends in boozy political conversations. Growing up, Joanna says she was never told that she couldn’t be a writer or that it’s a “hard life” or “most people fail”, instead she said the silence of the people around her, spoke volumes. “It was a perfectly rationale and reasonable expectation, that if you had that imaginative flourish, you could pursue it as a means to living. “When I look back now I can see that the pieces of the jigsaw puzzle were kind of in place to lead me to playwrighting, but it took me a long time to see that.” Listeners will get an insight into how Jo writes and the backstory to her play ‘Berlin’. If you know someone who might like this podcast, please share it with them. Word of mouth is the best way we can get out there into the world. 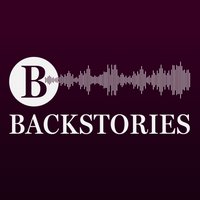 When a story is told it's rarely the same as what it was in the first draft; that journey is what we're interested in. Backstories is what goes on in-between projects and an exploration of the different ways stories are brought to life. Our first episode will be released on December 26. Please subscribe where-ever you get you podcast from so you don't miss these incredible backstories.

© 2020 OwlTail All rights reserved. OwlTail only owns the podcast episode rankings. Copyright of underlying podcast content is owned by the publisher, not OwlTail. Audio is streamed directly from Backstories servers. Downloads goes directly to publisher.