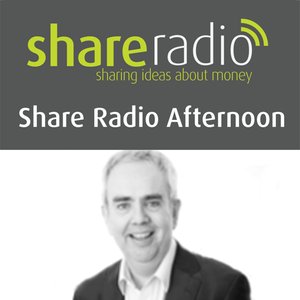 From investments to social issues, don’t miss Ed Bowsher from 1pm to 5pm weekdays. 'Share Radio Afternoon' is our investment and ethics show for the personal investor, from fund management and ethical investment to community action. 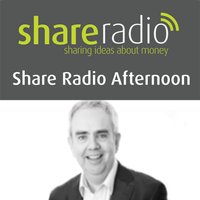 Getting to know the UK Shareholders Association

This week Simon was joined in the studio by a few members of the Share Radio editorial team. We have Michael Considine, Alex Clark, Ed Bowsher and Alexi Phillips for a very special edition of the magazine review.

The Conservative party has swept across Britain making big gains in the local elections. The results confirm analysts expectations that a comfortable Tory win is likely in next month's general election. For more on this and the latest political news, Ed Bowsher spoke to Asa Bennett, Assistant Comment Editor at the Telegraph.

Lloyd Blankfein, the boss of Goldman Sachs, has said that the City could stall because of Brexit risks, and is pushing for a transitional period in Brexit negotiations to protect jobs and ensure stability. To discuss this and more of the day's big macro news, Ed Bowsher was joined by Vicky Pryce, from the Centre for Economics and Business Research

Can Archie Norman put the spark back into M&S?

Archie Norman has been announced as the new Marks & Spencer chairman. Does this, as well as the appointment of Jill MacDonald earlier this week as Head of Non-food, mean that the previously troubled chain is turning around? Ed Bowsher was joined by Craig Erlam, Senior Market Analyst at Oanda to discuss this and more of the day's corporate news.

Service sector PMI has hit a 4 month high in data released today, up from 55 to 55.8. Meanwhile, the automotive sector has had worse news, seeing a 20% fall in new car registrations last month. To discuss this and more of the day's big macro news in more detail, Ed Bowsher was joined by Simon French, Chief Economist at Panmure Gordon.

Prince Philip to retire this Autumn

Prince Philip, the Duke of Edinburgh, is going to stop making public appearances. The Duke, who is turning 96 next month, will attend previously scheduled engagements between now and August, but will not accept new invitations upon his full retirement in the Autumn. According to a palace spokesperson, the Queen "will continue to carry out a full programme of official engagements". For more on this and other political news, Ed Bowsher was joined by Robert Colvile, Editor of CapX.

HSBC has today reported its first quarter results, and revealed that adjusted pre-tax profits are up to $5.9bn, compared to forecast of $5.3bn, continuing the trend of a bumper Q1 for banks. For more on this and the latest corporate news, Ed Bowsher spoke to Richard J Hunter, Head of Research at Wilson King Investment Management.

Merryn Somerset Webb: The case for investing in India

Share Radio's Ed Bowsher is joined by Moneyweek's Merryn Somerset Webb for their weekly catch up. This week - is India really an attractive place for investors? The two discuss the emerging market and more.