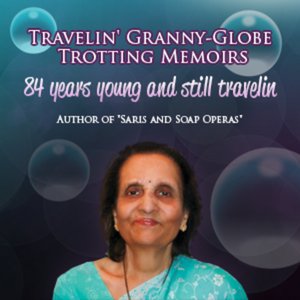 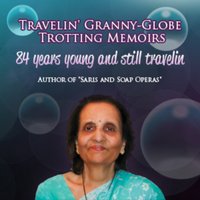 Travelin Granny-Globe Trotting Memoirs, Made in India and the USA

Today Author of Saris and Soap Operas, Saroj Gopal Kulkarni and daughter Sunita Pandit talk about their nuclear family and the trans continental growing up of Sunita, Nitin, Rajiv and even grandson Siddharth and the talented and successful adults they have become. Listen in to find out why they are all "Made in India and the USA."

Sounds like something out of the 16th Century but this is a 1980 marriage of two Indian Americans. 34 years later it could be said that some times the in laws no more in advance if a marriage can work than the couple themselves.| Sunita Pandit, Saroj Gopal Kulkarn's daughter and Dr. Santosh Pandit are a happy outcome of an arranged marriage in a time when most Westerners find it archaic.| This episode is a prelude of more to come in the late February, 2015 of Saroj Gopal Kulkarni's memoirs of her early life in India and Odyssey to the United States as a young bride. Watch for release of Saris and Soap Operas.

© 2020 OwlTail All rights reserved. OwlTail only owns the podcast episode rankings. Copyright of underlying podcast content is owned by the publisher, not OwlTail. Audio is streamed directly from jqsdreamweaver servers. Downloads goes directly to publisher.