Recalibrate is a mindset podcast designed to help you break free from the old and press on to the new.

Recalibrate is a mindset podcast designed to help you break free from the old and press on to the new.

Rank #1: PORCUPINE PERSONALITIES - breaking from from the critical spirit

Do you criticize and pass judgment on others? Do you find yourself with a negative disposition, always finding fault with something or someone? Is it difficult for you to see the positive in a person or a situation because the negative is so glaring in your eye? Are you compelled to give your critical point of view for the good of all mankind?

If you answered yes to one of these questions, then you have a critical spirit and you are in danger. Not getting hit-by-a-truck-kind-of-danger, but an even more serious kind—and that is spiritual danger. A critical spirit is from the dark side. It is meant to hurt and destroy its object.

A critical spirit is a negative attitude of the heart that seeks to condemn, tear down, and destroy with words. In contrast, constructive criticism involves opinions that are meant to build up. A critical spirit creates blind spots in a person’s heart and mind causing them to believe they are being constructive. In reality, it is characterized as the ungodly.

Rank #2: DON'T LOOK BACK ~letting go of your history to pursue God's destiny for your life

Nobody drives a car while looking through the rearview mirror unless of course they are going in reverse. As you press on into the new year "2021" make sure to look ahead, stay focused on the prize, and DON'T LOOK BACK! 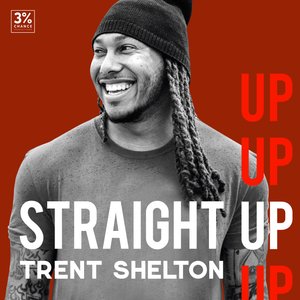 Straight Up with Trent Shelton 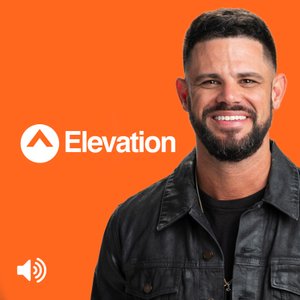 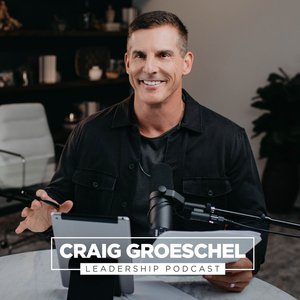 Read more
Over the past few years the concept of "Mindset" or the "Mindset Factor" has been over-glamorized. We have been taught that mindset is everything and that it determines the course of our life. There is a lot of truth to this, however there are three more important components (factors) to consider; "heartset", "soulset", and "healthset".Don't forget to subscribe to my Youtube Channel and Instagram  MY YOUTUBE CHANNEL

Setting your life's priorities in the proper order is key to living a life of significance, and purpose. If you are feeling burnt out, out of breath, and you find yourself having a hard time saying no to other people's request well then you have a priority issue. If other individual's urgencies all of a sudden become your priorities I can guarantee that you feel unaccomplished and dead. The Life Hack Series is a series of short episodes that will make YOU the main focus. The Life Hack Series' goal is to help you get from point A to point B in your life.

Life is all about the decisions and choices we make. One simple decision can catapult you into a completely different destination. A simple change in your decision making process can create a different outcome. It's easiest to blame the world for our greatest demise however at the end of the day we can only blame ourselves. You need to get to a point in your life in which you stop blaming your biology and genealogy for the crap in your life and start accepting that it's your psychology that needs to be renewed.

Believe it or not, studies show that those who consume pornography more frequently have brains that are less connected, less active, and even smaller in some areas.

Scientists used to believe that once you finished childhood, your brain lost the ability to grow. They thought that nothing except illness or injury could physically alter an adult brain. Now we know that the brain goes on changing throughout life, constantly rewiring itself and laying down new nerve connections, and that this is particularly true in our youth.

See, the brain is made up of about 100 billion special nerves called neurons, that carry electrical signals back and forth between parts of the brain and out to the rest of the body. Imagine you’re learning to play an E chord on the guitar: your brain sends a signal to your hand telling it what to do. As that signal zips along from neuron to neuron, those activated nerve cells start to form connections because “neurons that fire together, wire together.” Those newly-connected neurons form what’s called a “neuronal pathway.”

Think of a neuronal pathway like a trail in the woods. Every time someone uses the trail, it gets a little wider and more permanent. Similarly, every time a message travels down a neuronal pathway, the pathway gets stronger. With enough repetitions, your neuronal pathway will get so strong you’ll be strumming that E chord without even thinking about it. That process of building better, faster neuronal pathways is how we learn any new skill, whether it’s memorizing math formulas or driving a car. Practice makes perfect.

What does the Bible say about pornography?

Rank #7: MONKEY SEE, MONKEY DO ~the power of persuasion, manipulation, and indoctrination

So what exactly is persuasion? In The Dynamics of Persuasion, Perloff defines persuasion as "...a symbolic process in which communicators try to convince other people to change their attitudes or behaviors regarding an issue through the transmission of a message in an atmosphere of free choice."

How to avoid indoctrination:

3. Be Mindful of Persuasion By Repetition

4. Be Mindful Of Appeals To Popularity

Read more
Suicidal ideation (or suicidal thoughts) is thinking about suicide with deliberate consideration or planning. It is not a diagnosis in the DSM-5, but is rather a symptom of many mental disorders. Youth Suicide: Facts, Signs and Risk Factors

Suicide is the 10th leading cause of death in the US for all ages. (CDC)

There is one death by suicide in the US every 12 minutes. (CDC)

Suicide takes the lives of over 48,300 Americans every year. (CDC)

Only half of all Americans experiencing an episode of major depression receive treatment. (NAMI)

80% -90% of people that seek treatment for depression are treated successfully using therapy and/or medication. (TADS study)

There is one suicide for every estimated 25 suicide attempts. (CDC)

There is one suicide for every estimated 4 suicide attempts in the elderly. (CDC)

Children and adolescents thinking about suicide may make openly suicidal statements or comments such as, "I wish I was dead," or "I won't be a problem for you much longer." Other warning signs associated with suicide can include:

Young people who are thinking about suicide may also stop planning for or talking about the future. They may begin to give away important possessions.

A teen’s risk for suicide varies with age, gender, and cultural and social influences. Risk factors may change over time. They are:

Call your teen’s healthcare provider right away if your teen:

Perfectionism by definition: perfectionism is an outward expression of an inward lack of peace.

Perfectionism is driven primarily by internal pressures, such as the desire to avoid failure or harsh judgment. There is likely a social component as well, because perfectionistic tendencies have increased substantially among young people over the past 30 years, regardless of gender or culture. Greater academic and professional competition is thought to play a role, along with the pervasive presence of social media and the harmful social comparisons it elicits.

Fulfill your God given call to live under grace and not the law.

Release your burden and guilt to God

Enlarge your time for rest, recreation, and communion with God

Decide to acknowledge your personal feelings honestly and release all resentment

What exactly is a DYSFUNCTIONAL family?

The good news for people who grew up in a dysfunctional family is that they can learn better ways of parenting. They can deal with the issues they still carry as adults and learn how to love, appreciate, respect, and deal with each other in a less emotional, erratic way. All they need is the willingness to do the work it takes to overcome those issues and find someone to teach them better ways to parent.

It’s important to disclaim that the idea of a perfect parent/family is a myth. Parents are human, flawed and experiencing their own concerns. Most children can deal with an occasional angry outburst, as long as there is love and understanding to counter it. In “functional” families, parents strive to create an environment in which everyone feels safe, heard, loved and respected. Households are often characterized by low conflict, high levels of support and open communication (Shaw, 2014). This helps children navigate physical, emotional and social difficulties when they are young, and has lasting impacts as they transition into adulthood.

During their younger years, children form certain beliefs and carry them, unchallenged, into adulthood. These beliefs are influenced by their parents’ actions and statements and are often internalized, for instance, “children should respect their parents no matter what,” “it’s my way or no way” or “children should be seen, not heard.” This forms the soil from which toxic behavior grows and may be communicated directly or disguised as words of advice, expressed in terms of “shoulds”, “oughts” and “supposed tos.”

The term “ACEs” is an acronym for Adverse Childhood Experiences. It originated in a groundbreaking study conducted in 1995 by the Centers for Disease Control and the Kaiser Permanente health care organization in California. In that study, “ACEs” referred to three specific kinds of adversity children faced in the home environment—various forms of physical and emotional abuse, neglect, and household dysfunction. The key findings of dozens of studies using the original ACEs data are: (1) ACEs are quite common, even among a middle-class population: more than two-thirds of the population report experiencing one ACE, and nearly a quarter have experienced three or more. (2) There is a powerful, persistent correlation between the more ACEs experienced and the greater the chance of poor outcomes later in life, including dramatically increased risk of heart disease, diabetes, obesity, depression, substance abuse, smoking, poor academic achievement, time out of work, and early death.

Examples of ACEs include enduring or being exposed to abuse or neglect, familial violence, mental illness, parental separation, divorce or substance abuse.

© 2020 OwlTail All rights reserved. OwlTail only owns the podcast episode rankings. Copyright of underlying podcast content is owned by the publisher, not OwlTail. Audio is streamed directly from miltonlouisgonzalez servers. Downloads goes directly to publisher.