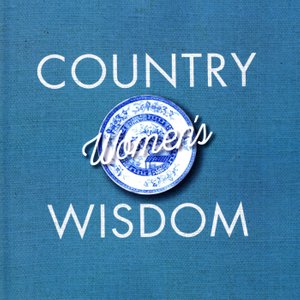 Country Women's Wisdom is a podcast created by best-selling Australian author Liz Harfull, sharing inspiring true stories, treasured vintage recipes and useful household hints. It draws on the practical know-how and experience of everyday women from across the generations. Taking on lessons hard-won from living through world wars, economic depression, natural disaster, isolation and personal tragedy, they learnt how to make a little go a long way, while nurturing themselves and their families. 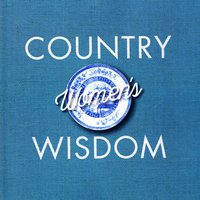 The pandemic might have put a hold on agricultural shows in Australia for the foreseeable future, but that makes it even more important to celebrate this important tradition. In this episode Liz takes us to Queensland where it would normally be peak show season, and shares stories about prize-winning show cooks Enid Cox and Monica Smith, from Maleny, and Edna ONeill from Murgon. These three farm women juggled milking cows and raising families with outstanding volunteer efforts at their local shows, and hold generations of baking knowledge.With apologies for sound quality, Liz also welcomes her first guest, Pittsworth student teacher Kait Schultz, representing a new generation of show enthusiasts. Kait explains  some of the clever ideas Queensland country shows have come up with to keep the tradition alive. She also reveals how she met her future husband stewarding in the poultry shed at her local show, the world that opened up to her when she won the State's hotly contested Miss Showgirl Award, and the contribution of the organisation she now leads, Next Generation. A youth committee set up by the Queensland Chamber of Agricultural Societies, it aims to strengthen the Queensland shows movement by increasing youth participation within local show societies.And to conclude the recipe, a traditional favourite from The Australian Blue Ribbon Cookbook - Edna's prize-winning recipe for afghan biscuits.

In this episode Liz shares the stories of three mothers and their families, in tribute to Mother's Day, which Australians celebrate in early May.The first woman featured is Doris Turner, who emigrated from England to Western Australia, after the Second World War, with her husband, Ted, and their ten children. She swapped a modern bungalow in the New Forest, for a termite-ridden, four-roomed farmhouse in the south-west of WA, and a dairy farm infested with rabbits. But according to her daughter Wendy, whose story features in Liz's book, City Girl Country Girl, her mother kept heart and her sense of humour while continuing to nurture her family.In the second story, Liz shares memories of her own mother, Elaine. Raised in Melbourne, she married a farm boy from the Limestone Coast region of South Australia, and built a life that reflected the experiences of thousands of city women, who fell in love with men from the land during the Second World War.And finally, we meet talented show cook Tammie Driscoll, who lives on a farm near Walbundrie, in the Riverina region of NSW, and the sad but inspiring story of her mother Shirley. The episode ends with Liz walking you through how to make Shirley's simple but delicious one-bowl orange cake, originally featured in the national bestseller, The Australian Blue Ribbon Cookbook, just released in a new paperback format.

The Anzac Spirit at Home

This episode of Country Women's Wisdom shares the stories of three women and their contribution to Australia's war effort, raising funds in a time of great need, through the simple act of sharing recipes.The episode begins with sounds captured at Liz Harfull's local Anzac Day ceremony in the Adelaide Hills, held under very different circumstances than usual, on April 25, 2020.It closes with her favourite recipe for the Australian kitchen classic, Anzac biscuits, and some of the surprising history behind this popular baked treat.

© 2020 OwlTail All rights reserved. OwlTail only owns the podcast episode rankings. Copyright of underlying podcast content is owned by the publisher, not OwlTail. Audio is streamed directly from Liz Harfull servers. Downloads goes directly to publisher.