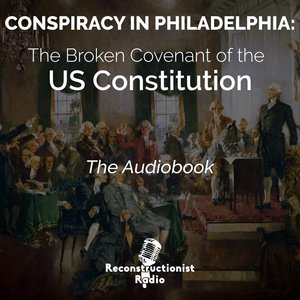 Conspiracy in Philadelphia: The Broken Covenant of the U.S. Constitution

On May 25th, 1787, a group of 55 men gathered for a closed meeting in Philadelphia. Officially, it was being convened to discuss alterations to the then constitution of the United States of America: the Articles of Confederation. Some state legislatures had authorized their representatives to attend the meeting only on this basis, explicitly prohibiting them from considering a new constitution. To make certain that the general public did not find out about the nature of this conspiracy, the convention members swore an oath not to discuss any proceedings with the public…for the rest of their lives. The only first-hand accounts of the proceedings were published several years later after the death of the last survivor, James Madison, in 1836. The press was forbidden to attend. The meetings were held on the second floor of the building, so that would-be eavesdroppers could not hear anything. The new constitution would become the law of the land whenever nine state conventions ratified it.