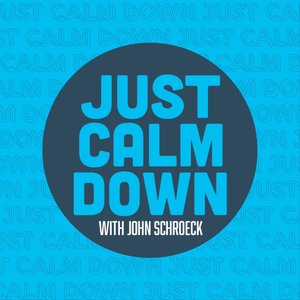 Politics are infuriating. From loudmouth millionaires on cable news, to loudmouth millionaires on network TV, there's a lot of rich people telling you how their sponsors want you to feel. John is just the kind of deluded moron to try and break through the noise as he traverses a sea of his own neuroses and undiagnosed mental disorders to tell you the way things ought to be. He might even occasionally elicit a soft chuckle out of you! 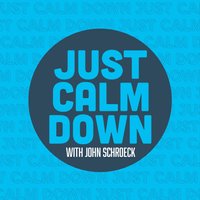 Comedian Michael Holder voted for a certain host of NBC's The Apprentice in 2016 and honestly it's problematic that John would even platform him. Don't worry, he gets totally dunked on and put in his privileged white place. Plus! Ohio's Primary Election was postponed just in time for John to probably catch COVID-19 while early voting.  Stay safe out there. Solidarity forever.  Michael has a website! http://www.holdercreative.com  Check out John on recent episodes of:  Puzzle Buddies Podcast with Andrew Rudick - Ep. 44 All City Podcast with Danny Babcock - Ohio Votes Special Ep.

Have you recently suffered mental trauma from gaslighting at the hands of the corporate media empire? You may be entitled to a political revolution! Call 1-800-JUST-CALM-DOWN to speak with a representative today. Caucus Conspiracy! Electability. Bernie Bros. And AOC dunks on a CEO. Just Calm Down on Youtube  Upcoming live dates: shrekjohn.com

It's Memorial Day and being pro-war is still not the same as patriotism. Federal judges confirm that Ohio's Republican leaders are dirty cheaters. The Democratic establishment attempts to distance itself from the socialism bogeyman. And Elizabeth Warren demonstrates how to easily win over rural Trump voters (and it doesn't even involve "reaching across the aisle", moving to the center or being openly racist). Plus: Bernie Sanders, Bernie Sanders, Bernie Sanders – say his name three times into your bathroom mirror and he appears to ask for a donation of $26!  Upcoming live dates: shrekjohn.com

Three episodes deep and he's still yammering on about the same three topics! The media is gaslighting you about Venezuela (and everything else), lefty comrades come to Ilhan Omar's aid, and Bernie Sanders brags about his role in the Civil Rights Movement.  Donate to Free Chelsea Manning

Thoughts and prayers to the victims who couldn't get into the Cincinnati Trump rally. Highlights from round 2 of Democratic Debates: CNN fails to cast Medicare for All in an extremist light. Bernie and Warren tag team the (candidates polling at) 1%. Corporate media SMEARS Tulsi Gabbard after she outs Kamala Harris as a dirty cop. Upcoming live dates: shrekjohn.com

Trump's racist rhetoric against Ilhan Omar and "The Squad" reaches new heights after millionaire Pelosi spends yet another week trashing progressives. Tucker Carlson might as well be Tweeting for the president. Socialist Kshama Sawant is running for reelection in Seattle. Plus, John rediscovers his patriotism on the 4th of July. Upcoming live dates: shrekjohn.com

John is part of the problem on Twitter. The NRA comes to Indianapolis. Elizabeth Warren takes the lead on the student loan debt crisis. And the most exciting presidential candidate enters the field #GravelGang Plus, Tulsi Gabbard takes on the Democratic Establishment, CNN sandbags Sanders (again!) and the Oscar Meyer Weinermobile make a guest appearance.  Upcoming live dates: shrekjohn.com

Abolish tipping. Obama continues gaslighting progressives. Bernie radicalizes the Fox New audience and he's got the health insurance industry shaking in its boots. Plus, war criminal Donald Trump vetoes bipartisan resolution to get us out of an illegal war, Pete Buttigeig is the establishment's favorite new hack, and Paris' Notre Dame Cathedral goes from on fire to lit with a hot collaboration with Gucci AND Louis V for a brand new designer roof.  Upcoming live dates: shrekjohn.com

It's time for workers to wrestle power back from the manipulative managerial class, whether you're working retail or competing on "The Grandest Stage of Them All" at WrestleMania. The Cincinnati Patty Daddy himself Josh O'Neill stops by to explain the wonders and horrors of professional wrestling. Plus, anti-choice activists are gaining ground in red states, the New York Times is doing war propaganda for the military industrial complex (again!), AOC dunks on the DCCC, and Betsy DeVos is the ultimate heel.  Follow Josh O'Neill on Twitter: @joshoatmeal  Upcoming shows: shrekjohn.com

© 2020 OwlTail All rights reserved. OwlTail only owns the podcast episode rankings. Copyright of underlying podcast content is owned by the publisher, not OwlTail. Audio is streamed directly from JCD, LLC servers. Downloads goes directly to publisher.