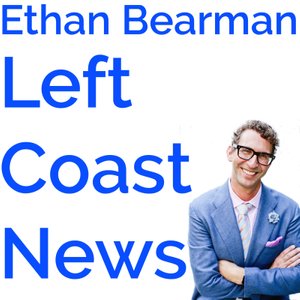 We are your new home for news and opinions from the Left Coast. Ethan Bearman hits you with numerous updates throughout the day based on what is happening in the news, YOUR INPUT, and guest interviews.

The Trumpublicans continue denying Trump's endless stream of invasion statements, ICE conducted massive raids at poultry processing plants in Mississippi - tearing families apart, and the most shameful deportation I've ever heard of ended in a man dying a horrifically painful death. Shame on us.

House Democrats likely to seek 10 years of Trump’s tax returns in coming weeks, as they should. Growing bipartisan alarm in Congress over measles outbreaks amid falling vaccination rates (highly controversial segment). I'm conflicted on eating meat, are you? And a ridiculous Not The Onion headline. 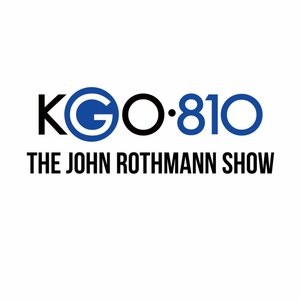 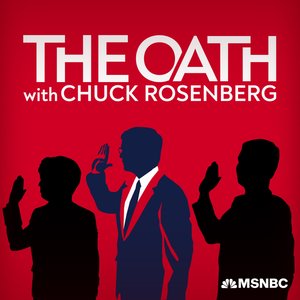 The Oath with Chuck Rosenberg 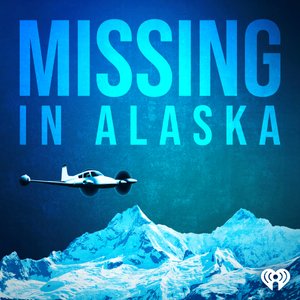 The tide is turning, we are winning against the corruption in regulation against the poisons we are told to be safe. A second jury has found that Monsanto's Roundup CAUSED cancer in a person. Ethan explains the science behind it, why we need to stop using these poisons, and what you can do. Plus a Not The Onion related to health.

Pedophile sex trafficker rapist and ring leader, Jeffrey Epstein, was found dead this morning at the Metropolitan Correctional Center in New York City. Too many ultra-wealthy and powerful men were about to be exposed to legal liability for their participation in the rape of these girls. Epstein had to die. Who could be involved and can the case move forward? Take a listen and please let me know what you think in the comments below!

Word of the Insect Apocalypse is alarming, more bad news about Monsanto's Roundup (Glyphosate), we are killing ourselves with pollution. Ethan has 3 basic steps you can easily do. Let us know what you do to reduce pollution and leave us your comment below!

Dispatch 14 Peace Not Xenophobia or Otherism

Horrific terror attack against Muslims inside mosques in New Zealand. The fear of The Other is deep in our brains and must be overcome consciously. And President Trump hasn't helped with his latest comments in Breitbart to follow his years of inflammatory statements. Connect with your fellow humans today. Choose peace.

Dispatch 30 Biden Is In

Former Vice President Joe Biden announced today that he is in to win, to get the Democratic Party nomination and defeat President Trump. His name recognition is there and the polls appear to be on his side, but can he win it?

Wikileaks founder Julian Assange had his asylum revoked from the Ecuadorian embassy in London and was immediately arrested. Will he be extradited to the US to face charges for conspiracy with Chelsea Manning? And as Assange faces a black hole, scientists around the world worked to finally capture an image of a black hole at the center of the M87 galaxy. Why it's worth spending that money on science, even with our problems here on Earth.

Special Counsel Robert Mueller turned in his report on Friday. Trump's new minted AG Barr handed Congress his summary on Sunday. No Trump/Russia conspiracy, but NOT an exoneration on obstruction.

President Trump's National Emergency is in trouble because of a handful of patriotic Republicans joining the Democrats, California's Supreme Court has a major ruling today regarding pension benefits for public employees, Rep. Ilhan Omar in trouble again for anti-semitic statements with an explanation of the underlying reasosn along with how to rectify, and a Not The Onion headline.

Dispatch 16 Biden Almost In Alongside Beto

Teachers are an undervalued linchpin in our society. Senator (and presidential candidate) Kamala Harris is proposing a modest pay increase for teachers using an expansion of the estate tax to pay for it.

Dispatch 37 Are We Heading Into A Recession

Major publications are starting to mention the R word - Recession. All while the markets are gyrating wildly and we hit new debt levels. My guest is Jordan Goodman, America's Money Answers Man to explain it all: what's happening in China, why our debt is really bad, what an inverse yield curve is and what it may mean, plus the jobless rate and why companies can't hire the people they need! Take a listen and then please like, share with 3 friends, and SUBSCRIBE, and comment below!

Secretary of Homeland Security Kirstjen Nielsen is out. She's done terrible things like the family separation policy, but her replacement might be much worse. Also, my wife and I watched The Inventor on HBO about Theranos and Elizabeth Holmes. This story exemplifies the 1% and great ideas still need due diligence, not just family connections and a deeper voice.

Dispatch 25 Just Say No To Idiocracy

California Governor Newsom is heading to El Salvador to get a better understand of why people are fleeing Central America while President Trump's rally in Michigan shows his naricissism, disconnect from reality, and his fear-connecting focus on The Other. He is why we need to connect with each other as human beings and stop the prophetic march of Idiocracy.

Tesla and CEO Elon Musk are in the news for the wrong reasons. Again. Ethan explains he is really Musk's friend, even though Musk blocked him on Twitter. Focus on sceince and engineering, let great people run the business. And stop with the Cult of Personality.

Dispatch 26 The Border is US

The president threatened to shutdown the border with Mexico and just backtracked on that threat and shifted it to our stupid War on Drugs. I explain what's really going on the latest data/headlines, and an easy fix if people could get over their Othering.

After the New Zealand terror attack on Muslims in their mosques, leadership from Prime Minister Jacinda Ardern regarding the violence. And former UN Ambassador Nikki Haley shows Americans ignorance regarding health care and socialized medicine like that in Finland. Why are we so resistant to facts and logic which would allow us to improve our country?

Dispatch 21 Lock Them Up

"Lock Her Up" has been chanted innumerable times and led by people like imprisoned Michael Flynn, now former AG Jeff Sessions at a Turning Point USA conference, and President Trump himself at CPAC. Does that apply to Ivanka Trump and Jared Kushner for their use of private email and WhatsApp for official state business? Plus, on the one year anniversary of March For Our Lives, we have the tragic news of a second suicide this week of a student at Stoneman Douglas High School.

Attorney General Bill Barr is a shill. With the full 400+ page Mueller Report out (redacted, of course) We The People can see the depravity of this administration and care-less attitude about laws and the country. Plus, it is Earth Day and there are things we MUST do today. To save ourselves.