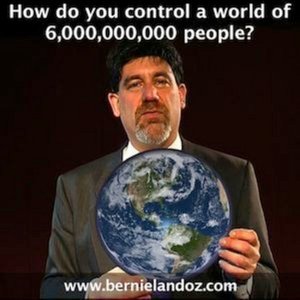 Bernie Landoz - How We Control a World of 6B People

Conspiracy Theory is just a theory? This podcast series is the audio track from the abridged version of Bernie's series of videos on how he and his various constituents control governments and societies throughout the world. 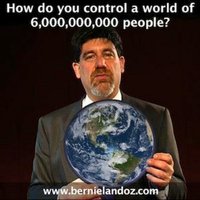 Bernie, the obnoxious, but no BS lobbyist, investor, and master manipulator, describes the real environment in the capitol building, and prepares us for the long, difficult task we have ahead of us if we want to create any real change.

Bernie, the obnoxious, but no BS lobbyist and investor, was asked by the Climate Mobilization group to help out with their efforts to get people mobilized to put pressure on Washington to pass legislation to support policies fighting climate change.Bernie fired back with his illumination of the way things really work in Washington and the need for grass root organizations to get very organized, focused, and practical - and partner with business, despite their disdain for such activities.Watch Bernie vomit out his vitriol on Washington, Grass Roots Movements, and the American Culture.

Bernie discusses how the debate over Evolution and Intelligent Design highlights the Orchestrator's role.

The most powerful and important control tactic of all.

We have been examining the Fat Dumb and Happy Pyramid structure. We now examine other pyramid structures throughout the world and consider how they interact with each other and what this may mean for the future of globalization and what our role is in ensuring stability.

School is one of the most important control mechanisms, creating good lifelong members of the pyramid. School is primarily a socialization mechanism, and tactics we use to pound upon children to drive them to the state we want are discussed. Additional topics to socialize children are reviewed: ensuring History is boring, neutering children’s leadership potential, promoting low energy states, using No Child Left Behind to marginalize the most intelligent children, and feminizing the male child. We must use tactics to protect our own children against this environment.

General strategies such as driving emotional immaturity, frustrating people, encouraging a white collar criminal mindset, attacking the parenting function are reviewed. Details on how we go about doing this are provided in later videos.

The British perfected the art of war over hundreds of years to control nations and extract resources. The Americans have evolved to a more clean approach - which they use when they can instead of war.

A brief summary of the evolution of religion throughout history. How we use religion today to control people and voting patterns, while also fragmenting and disrupting any true spiritual movement.

Tactics to distract people so they don’t pay attention to what the government is really doing on our behalf. This is a classic example of leverage - use pre-existing social movements to distract the population. How political parties evolve. The instrumental role of political parties in our control tactics. Tactics we use to control the election process so we always have our people in power to achieve our objectives. How powerful labels and branding is at distracting people. For example, Liberal vs. Conservative and other ways parties are branded. The importance of keeping things vague, pork (promises to your voters), and the importance of fear and war. Orchestrator level thinking: Don’t forget that we are putting on a show. Bernie answers the question was 911 a conspiracy. He emphasizes that we Orchestrators must be clear about the world around us, and live with positive energy so we don't contribute towards problems created by dogs and sheep.

© 2020 OwlTail All rights reserved. OwlTail only owns the podcast episode rankings. Copyright of underlying podcast content is owned by the publisher, not OwlTail. Audio is streamed directly from Bernie Landoz servers. Downloads goes directly to publisher.