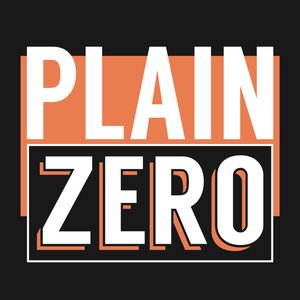 Four friends revisit a movie every week to see if it holds up and go on numerous tangents in the process!

Christmas time is back upon us, and it’s our 275th episode which means it’s also time for us to do another Schwarzenegger movie (yes we know we usually save those for 50th or 100th episodes but the odds of getting one of those in December are very slim). So what better way to kick the season off than to Jingle All The Way?!

This week’s episode is all about funky butt loving as we start learning how to deal from our Have To. That’s right, boppers, this week, we’re asking if the movie that gave us “pitcher’s got a big butt,” holds up! So listen up as we talk Rookie Of The Year!

Well, we’re all doing the right thing and sheltering in place or staying safer at home this week, but that doesn’t mean we’re gonna deny you of content. This week, Travis is joined by his better half, Tahnee. With all this talk of hand washing, we decided to talk about Idle Hands and the mischief they can cause. So, listen up boppers, because we’re still here!

Halloween is upon us and so we have time for just one more spooky movie for our Spooktober Spooktacular. This week, we’re asking if the original Child’s Play holds up. There’s only one way to find out for sure, and that’s to listen up, boppers!

This week, we finally get down to asking if a movie we’ve talked about constantly on the show holds up. So, it’s time for a life of crime as we discuss garlic that practically melts in the pan and paintings of dogs looking in opposite directions. This week, we ask if Goodfellas holds up!

We are born to raise hell, boppers. And this week, we’re doing it by going back to a time before Adam Sandler made Billy Madison and Chris Farley made Tommy Boy. Before those movies, they both appeared in a movie called Airheads. So, this week, we’re asking if that holds up, boppers!

Once upon a time, the next James Bond movie was going to be released in the very near future, but then some stuff started happening in the world, and that movie got delayed. Before the release got pushed back, Travis decided that it would be a good idea to watch Daniel Craig’s first Bond movie: Casino Royale. So listen up, boppers, because this time we’re asking if Casino Royale holds up!

This week we’re going all the way back to the beginning… of Michael Bay’s movie directing career. An action movie starring the Fresh Prince and Martin Lawrence in which they’re some bad boys. That’s right, boppers, we’re asking if Bad Boys holds up!

This week, we’re joined again by James of The Obscure Gentlemen. He’s joining us as we attempt to find out if that time one of the bartenders from Cheers traveled across the country with Lex Luthor holds up. Also, there were zombies in this movie. Which is probably why it was called Zombieland and why we can justify watching it during our annual Spooktober Spooktacular event. So listen up, boppers!

The new year approaches and with it comes a prophecy about the end of the world. When things look bleak, who you gonna call? Ghostbuster II, that’s who! That’s right boppers, we’re celebrating the coming New Year by asking if this movie about New Year’s Eve holds up!

We’re on that official homestretch to Christmas, so we decided to watch one of the most christmassy movies ever (that we haven’t already watched): Elf! So get ready for us to discuss Will Ferrell at the hight of his powers, boppers!

Christmas continues barreling towards us. It is inevitable. Christmas brings the man in red: Santa Claus. And so we celebrate him by watching the origin of his wife. Or, at least one version of him and his wife. This week, we asked if The Santa Clause 2: The Misses Clause holds up.

269: Tales From The Darkside: The Movie

If there’s one thing that goes hand-in-hand with Halloween, it’s horror anthologies. You can’t have Halloween without watching at least one horror anthology. As far as horror anthologies go, Tales From The Darkside certainly is one of them. So, strap in boppers, because a new episode is coming at you quicker than a vengeful cat burrowing into your mouth!

What happens when marines take a trucker back to deal with the threat she hid from years ago? That’s what we aim to find out this week as we watched Aliens to ask if it holds up. So listen up, boppers, and get the answers to these questions and more!

Romantic comedies and holiday films collide on this week’s episode, boppers! What happens when Vince Vaughn and Reese Witherspoon get caught in a lie by their families and are forced to spend the day visiting all their parents? They get stuck having to celebrate Four Christmases. The shenanigans are going to ensue as we ask if this comedy holds up, boppers! So why not give it a listen.

Old man turkey is practically knocking at the door, and that means Thanksgiving is upon us. Thanksgiving is about family and friends, so might as well discuss a movie about making friends with your family: Step Brothers. When Richard Jenkins and Mary Steenburgen decide to mary, they force their sons to meet and become the perfect storm of chaos. Does this one hold up? You’ll have to listen to find out, boppers!

Get ready, boppers, because we have a special treat for you this week. Not because we’re talking about The Hangover which is directed by an academy award nominated director, but because one of us had a bit of grandpa’s cough medicine to discuss the movie. So, listen up, boppers, because this week’s episode is a doozy.

A busy schedule for some of your podcasters means that you get a shorter episode this week. It also means that we’re gonna reflect on some of 2019’s Summer movies. So, listen up, boppers! And we’ll return with normal episode next week as we begin our annual month long look at horror for Halloween!

The first Monday of October is upon us, which means that our annual Halloween Spooktober Spooktacular has begun! This year we’re kicking things off with a movie responsible for revitalizing the slasher sub genre of horror while also being a satire of it. So strap in bopper, because things are about to from a whisper to a Scream!

© 2020 OwlTail All rights reserved. OwlTail only owns the podcast episode rankings. Copyright of underlying podcast content is owned by the publisher, not OwlTail. Audio is streamed directly from Plain Zero servers. Downloads goes directly to publisher.