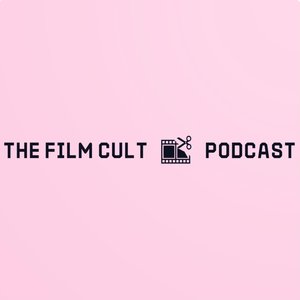 Interviews and the behind the scenes workings of movies, music, politics and all things entertainment. 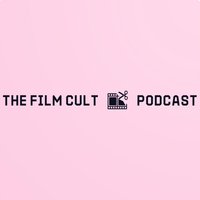 He's the Cinematographer all the cool kids talk about... The man behind the looks of Good Time, Her Smell, Queen of Earth, Heaven Knows What, Listen Up Philip, The Black Balloon, The Color Wheel, Sea Legs, 86'd, The Follower, Tesla, Trigonometry, Sportin' Life and so many other classics, not to mention the upcoming Abel Ferrara film Zeros and Ones. Its Sean Price Williams! Come sit in with Sean and Robert over here on The Film Cult Podcast.  Intro: The Smalls Outro: Zak Pashak and Chrome Chomsky

Michael Ignatieff is an author, academic, former leader of The Liberal Party of Canada and Leader of the Official Opposition from 2008-2011, Privy Council and Order of Canada recipient and current President of Central European University joins Robert on this edition of The Film Cult Podcast. Intro: The Smalls Outro: Zak Pashak and Chrome Chomsky

Multi-Instrumentalist, Composer, Producer, Law Professor and all around great individual Adrian Young joins Robert on this edition of The Film Cult Podcast to discuss his new album "The American Negro" and accompanying film T.A.N. and of course his new podcast Invisible Blackness.  Intro: The Smalls Outro: Zak Pashak and Chrome Chomsky

Chad VanGaalen, Sub Pop's darling and Calgary's poet joins me to discuss groceries, trips and all other things you'd talk about. Grab his new album "World's Most Stressed Out Gardener" and check out his live stream on April 8 over at noonchorus.com chadvangaalen.com Intro: The Smalls Outro: Zak Pashak and Chrome Chomsky

Jimmy Bower of Eyehategod, Down, Crowbar, The Mystick Krewe of Clearlight, Corrosion of Conformity and Superjoint Ritual joins Robert on this edition of The Film Cult Podcast to discuss the new Eyehategod album A History of Nomadic Behavior.  Intro: The Smalls Eyehategod- Built Beneath the Lies Outro: Zak Pashak and Chrome Chomsky

© 2020 OwlTail All rights reserved. OwlTail only owns the podcast episode rankings. Copyright of underlying podcast content is owned by the publisher, not OwlTail. Audio is streamed directly from gutteralproductions servers. Downloads goes directly to publisher.