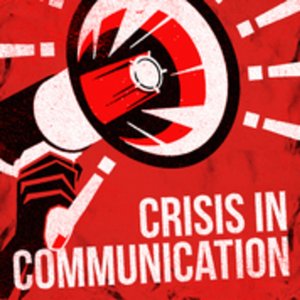 In a time of populist politics with the rise of Trump and Brexit and disruptions to old media, this new La Trobe University podcast series explores themes of crisis in communication. In this six part series we look at problems for democracies around leadership and language, political polarisation, populism, resistance and silence of minority groups. We begin with a special lecture from New York political scientist Professor Stanley Feldman from Stony Brook University talking about the rise of populism and authoritarianism in democracies. Enjoy! 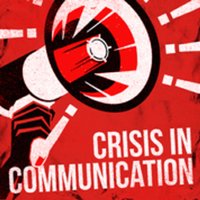 Standing on top of the crowd – the rise of Populism - by Dr Kevin Brianton, Dr Mark Civitella and Dr Raul Sanchez Urribarri

Episode 5 Dr Kevin Brianton is a Senior Lecturer in Public Relations at La Trobe University in Melbourne, Australia. With more than 30 years' experience in market research, journalism and public relations, Kevin has worked as both a consultant and as a manager in government and private industry. The majority of his career has focused on government and political issues.   Blog: Kevin Brianton Dr Mark Civitella is a lecturer in strategic and political  communication at La Trobe University. Mark has worked as a political  consultant and social and political researcher. Dr Raul Sanchez Urribarri is a Senior Lecturer in Crime, Justice and Legal Studies at the Department of Social Inquiry, La Trobe University in Melbourne, Australia.  Dr Sanchez Urribarri is an expert on politics and legal institutions in non-democratic regimes, with an emphasis on Latin America. Twitter: @rasurri

Silence and Silencing in Politics: A Wider View - by Dr Adrian Jones and Dr Gerald Roche

Episode 4 Dr Adrian Jones OAM is an Associate Professor of History at La Trobe University in Melbourne, Australia. As an historian who researches and teaches all kinds of  European histories, Adrian specialises in the history of eastern European  societies, and also publishes on philosophies and methods of history  research and of history teaching. His most recent publication explores how new “distributed” theories of mind might expand the possibilities for historical research. Dr Gerald Roche is a Senior Research Fellow in Politics at La Trobe University in Melbourne, Australia. Gerald is an anthropologist who researches language politics in Tibet, China, and the Himalaya. He recently edited the Routledge Handbook of Language Revitalization. Twitter: @GJosephRoche

Episode 3 Associate  Professor James Leibold has research expertise on the politics of ethnicity,  race and national identity in modern Chinese history and society, and is currently engaged in research on ethnic  policy-making and ethnic conflict in contemporary China with a  particular focus on the restive Western frontier and its Tibetan and  Uyghur ethnic minorities. He is the author and co-editor of four books and over twenty-five peer-reviewed articles and book  chapters, and a frequent contributor to the international media on these  topics Twitter: @jleibold Dr Raul Sanchez Urribarri is a Senior Lecturer in Crime, Justice and Legal Studies at the Department of Social Inquiry, La Trobe University in Melbourne, Australia.  Dr Sanchez Urribarri is an expert on politics and legal institutions in non-democratic regimes, with an emphasis on Latin America.  Twitter:  @rasurri Dr Dirk Tomsa is an Associate Professor in the Department of Politics, Media and Philosophy at La Trobe University, Melbourne, Australia. He specializes in Indonesian politics and society, democratisation studies, political Islam in Asia, as well as comparative Southeast Asian politics - particularly elections and party politics.

Dr Nicholas Barry has research and teaching interests in the areas of Australian politics, political institutions, and political theory. He is currently working on a defence of luck egalitarianism, which is a responsibility-sensitive, luck-insensitive theory of justice, and he is also examining the links between contemporary egalitarian theory and policy debates over disadvantage and welfare reform. Nicholas works on human rights protection in Australia, with a particular focus on Australia's National Human Rights Framework, and he has future work planned on constitutionalism, democracy and judicial politics. He currently teaches units on Australian political institutions, public policy, human rights, and contemporary liberalism (and its critics). Dr Andrea Carson is Associate Professor in the Department of Politics, Media and Philosophy at La Trobe University. She is a political scientist and a trained journalist. Her latest book is 'Investigative Journalism, Democracy and the Digital Age', Routledge: New York. Her research examines the intersection between politics and the media - with special interests in investigative journalism, the media's role in democracies and political communication. She has published numerous journal articles on journalism, Australian politics, party representation and voter behaviour, election campaigns and about fake news and media trust. Twitter - @andrea_carson Dr Richard Johnston (PhD Stanford) holds the Canada Research Chair in Public Opinion, Elections, and Representation. At the University of British Columbia he is also affiliated with the Institute for European Studies.  He has also taught at the University of Toronto, the California  Institute of Technology, Harvard University (Mackenzie King chair,  1994-5), and the University of Pennsylvania. He has held visiting  fellowships at Queen’s University at Kingston, the Mannheimer Zentrum  für Europäische Sozialforschung (MZES), and the Australian National  University. From 2009 to 2012, he was a Marie Curie Research Fellow  attached to the European University Institute. In 2017-18, he held a  fellowship from the Humboldt Foundation. His research falls into three major areas: Electoral systems, party systems, and parties; Communications media and campaigns; and Social capital, diversity and the welfare state. Personal website - Richard Johnston

Episode 1 Popular  support  for  right-wing  populist  leaders  and  parties  has  been growing in countries around the world.  There are several common features to these parties: Opposition to immigration, punitive crime policies, hostility toward  the  LGBTQ  community,  intolerance  of  dissent,  and nationalism. Where  does  support  for  these  policies  come  from?  Professor Stanley Feldman discusses his latest research into the factors and forces fuelling populist and authoritarian mobilisations across the globe. Stanley Feldman is Professor of Political Science, College of Arts and Sciences,Stony Brook University, and a current Visiting Fellow at the University of Melbourne.  His work focuses on the origins of political preferences, with interests in the structure of political ideology and values, the role of emotions in politics, and the psychological bases of attitudes and opinions.  His work has examined the impact of personality on political attitudes, the nature of authoritarianism, prejudice, and emotional and political reactions to terrorism. He is currently working on projects to better understand the nature of ideology and the effects of empathy on political attitudes.  His most recent publication is ‘Going to War in Iraq: When Citizens and the Press Matter’.