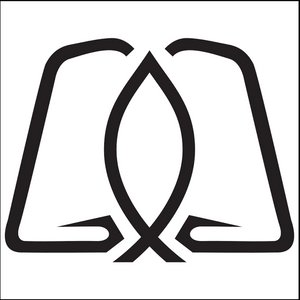 You Can Read the Bible Guided Podcast

Read Through the Bible

One of our key motivators at YouCanReadTheBible is to allow the Biblical story to unfold on its own.  We bring in outside information sparingly, always looking backward for referents rather than forward, because that’s how the Bible itself was revealed.   We have chosen to approach the Gospels in the same way.  While the Gospel writers possibly shared information and referred to the same sources, each of them sets out to tell a unique story, drawing our attention to the episodes, patterns, and themes that serve their purposes.  There are four simultaneous stories being told about this one Jesus, and, as John says later on, if all that Jesus did could be written, “I suppose that the world itself could not contain the books that could be written.”  So when we turn to chapter 11 today and are introduced to “a certain man” named Lazarus, and to his sisters, Mary and Martha, try to put out of your mind anything else you know about them from the other Gospels.  John uses their appearance here to bring about the close of His Gospel’s first act.  Remember the issues that have been swirling thus far.  The Jews have insisted that Jesus is a Samaritan, demon-possessed, a blasphemer.  Jesus has insisted that His miracles are all the proof they should need to believe that God has sent Him.  Yesterday the Jews challenged Christ with: “If you are the Christ, tell us plainly.”  Today Jesus will answer, standing in front of a grave at Bethany.  And the Jewish leaders will answer as well, with a plot to put the question of authority to rest once and for all.  The tension resolves a bit as the second act opens in chapter 12: Six days before Passover.  Some time has passed between these chapters and the tension has abated a bit.  Listen as John revisits the Pharisees’ love for “the glory that comes from man,” and contrasts it with Jesus’ insistence that it was the Father, and not He himself, who would lift Him up.  Listen as the theme of authority again rises to the surface.  And listen, along with the crowd, for a voice that sounds like thunder.  Our verse for this week is John 3:16: “For God so loved the world, that He gave His only Son, that whoever believes in Him should not perish but have eternal life.” John chapters 11 and 12.  Now let’s read it!