Kid Serious and The Irrational Rational offer their thoughts on the news and events of the day. 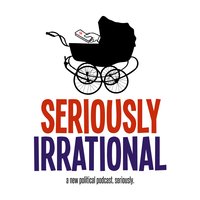 Is a High Crime still a crime if it's a crime?

It's live impeachment hearing time, and Kid Serious and The Irrational Rational have a few things to say. Kid is nervous, IR has faith. Will Republicans step up to the plate and do the correct and constitutional thing, or are they willing to throw everything all away, and let the voters do their job for them next November?Take a listen!

Today Kid Serious and The Irrational Rational debate the potential of Andrew Yang's candidacy. Sure, he's got the money, and he's got the Yang gang, but are the masses really taking him seriously?Next The Kid and IR dive into the impeachment. With Republicans basically admitting, the rule of law does not apply to them, what are the lasting implications on our democracy.Good times!

Super Tuesday arrived with four major candidates vying for the Democratic nominee. Such choices, and not a day under 70. It's the oldest assortment of potential nominees ever, and people got to decide if it was going to be old, very old, even older, or is that person still driving a car on public roads old. The big story: Biden. Or as Sanders supporters like to call it--a moderate conspiracy!Kid Serious and The Irrational Rational are back. They're manning the mics and talking it out. Hear what they have to say about the Super Tuesday results, and where things are headed. Contested convention, or will Mike Bloomberg, now supporting Biden, just buy out the delegates and call it a day?For some reason, Kid and IR are very giddy on this episode. 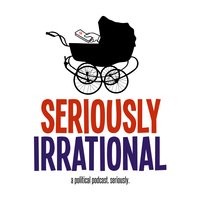 Is American Democracy on the Eve of Destruction?

Until Alan Dershowitz said it, you wouldn't believe that Republicans would end democracy by essentially granting the president unlimited powers to do and act however he wants. But that is exactly what appears to be happening, and it's a precedent that we'll look back on as the one that fundamentally changed American democracy forever. Kid Serious and The Irrational Rational break down what it all means in their most serious episode to date. And as irrational as everything in Washington, DC appears to be right now, it is all too too real.

What Would You Rather Do?

What Would You Rather Do: Have a one-on-one dinner with Donald Trump, or have a one-on-one dinner with Paul Gosar? We know--It's the Sophie's Choice of dinner companions, but you have to pick one. The meal is probably going to be better with Gosar, but you have to have dinner with Paul Gosar. This is not a trick question.Kid Serious and The Irrational Rational are back with an all-new episode for 2020. They have a feeling it's going to be quite a year.Topics this week include toxic social media friends, and the attack of the Bernie Brethren. Bro's is so 2016. The Brethren is strong, and no matter how hard we've all tried, we can no longer hide from the fact, Bernie and his Brethren are not going anywhere anytime soon.

© 2020 OwlTail All rights reserved. OwlTail only owns the podcast episode rankings. Copyright of underlying podcast content is owned by the publisher, not OwlTail. Audio is streamed directly from seriouslyirrational servers. Downloads goes directly to publisher.