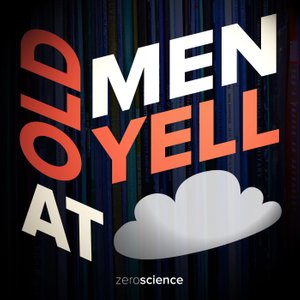 Three friends dig out some of their favorite albums from their vinyl collection, spin them nice and loudly, and then discuss them. And fast food. Fast food gets discussed a lot. 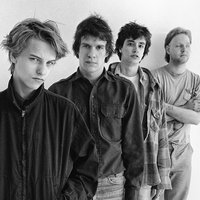 Our first episode of the 2020s! ...For whatever that's worth. We're kicking off this decade with good ol' Pauly Westerberg and the boys as we dive into the Replacements' 1985 classic "Tim". Naturally, we dragged Tim Howd of the Only Humans along for the ride as he is, to this date, the only other Tim known in all human existence. This episode may also be up your alley if you're interested in Weezer's "sneaky" albums (apparently still dealing with a bit of Cuomo runoff from the last episode), or perhaps whoever the official carpet cleaner of the Boston Red Sox is. You know who you are.

040 - Adore, or: In conversation with David Lynch and William Patrick Corgan 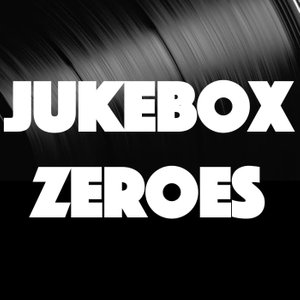 This is a milestone in a number of ways for chboys. For starters, we've reached our first repeat artist, we're covering perhaps the most expensive piece of vinyl we've yet heard, and we definitely, definitely, definitely talk about McDonald's more than any other episode. This is also our highest rated album to date. Unfortunately, we also say really horrific things. Well, mostly Patrick. And he's got a McDonald's problem, so let's attribute it to that. Also, let's all say great things about Bull Moose, our favorite record store! #bullmoose #marlboroughmcdonalds

044 - Tiny Music... Songs from the Vatican Gift Shop, or : Hanging in there like a hair on a biscuit

We're back at Patrick's Ol' Factory in Ayer covering our second STP record to date, 1996's "Tiny Music..." along with Gina Monafo (Bears For Years). Things get hairy and biscuit-y.

This week on Old Men Yell at Cloud, we take a psychedelia induced trip down memory lane. No, no, no! Not LSD. It’s The Campfire Headphase by Boards of Canada! Join us and our guest Erik Marks from Second Class Cinema as we shoot the shit and Patrick finally becomes a man with a plan.

We're back in the OMYAC studio and Patrick is making the boys listen to prog again, this time with Yes's 4th studio album "Fragile". Along for the ride is our good pal and fellow Yes-head Joel Simches who shares some wonderful anecdotes as usual. Other topics of discussion include Bret Buchanan's usual nonsense, leaving Baby Ruths in Jim's broken toilets (why does he always have at least one broken toilet at all times?), and Iceland's famous pennnis (sic) museum that Christopher's dad is oddly interested in.

038 - Colour of Spring, or: The Unsolved Mysteries Curse

It's May and springtime is in the air! We are joined this week by bassist Matt Ohanian (of DAEVES, Bears for Years, and Smell) to tackle Talk Talk's 1986 impressionist pop gem "The Colour of Spring". While due respect is paid to the late Mark Hollis, we also manage to weasel in some discussions on gout, subpar bowling leagues, and creepy English nobility. Oh and we may have cursed ourselves by calling the now-defunct hotline for Unsolved Mysteries... and this episode may or may not be cursed itself. Only one way to find out!

013 - Spiderland, or: I’m gonna become a spider, and my land is the dumpster

In our first foray into having multiple guests, things got weird. Jim kept asking guest Abram Taber (he of Nickelbackin' and Sun Hat fame) about Dumpster Diving, guest Richard Surette (Guitar builder extraordinaire, member of Knock Over City and Kyklops) kept shutting down and refusing to participate, and Patrick wanted to insult Christopher's favorite song. No big deal. We listened to Spiderland.

Jim has at long last returned, and we gave Peter Gabriel's third self-titled album (nicknamed "Melt") a listen and discussed. We managed to also talk about Japan (the place), Japan (the band), Maine hangovers, and the nascent workshop to studio movement.

On this installment the Old Boys hunker down at Patrick's locale to listen to Unknown Mortal Orchestra's 2011 self-titled debut. We're joined this week by local writer and car mechanic Ben Hauthaway as we examine this record, Jim's (unverified) theory that Stevie Wonder is actually not blind, and midwestern hospitals that can't seem to get it together. And then we eat McDonald's.

018 - Heaven and Hell, or: He Hand Selected These Cuts Of Meat

APRIL FOOLS! Ya bunch of fools! On this episode of OMYAC we cover Opeth's (NOT Otep) 2005 metal masterpiece Ghost Reveries. We're joined by Eric Rautenstrauch who just loves himself a good slice of metal. Ailments and Friendly's happy endings are discussed.

034 - Up, or: Roadside Picnic (Of egg salad sandwich found on the side of Route One)

We are joined by DJ and musician Jason Layne (Sunken Armada, Fifth Business, Drab, and others) as we ostensibly discuss REM's transitional 1998 album "Up". Instead we often find ourselves talking about driving across several state lines for a burrito, the likely influence Catdog had on the Human Centipede film franchise, and how Patrick is a true recycler. We also learn some new words with Jim.

On this episode of OMYAC we're joined by Aquaria bassist Jimmy James Luciano to talk about Andy Shauf's 2016 release "The Party." We also talk about frogs, WD-40, and all the "ones" that got away.

Come one, come all as we descend into the wonderfully weird pop world of the Dismemberment Plan! We're joined by Adam Schneider of Big Time Kill as we discuss how the D-Plan may have been soothsayers, are not actually a metal band, and have the best rhythm section of all of late 90s indie rock. We also manage to talk about the album here and there.

Wonder and whimsy abound as the classic trio dissect Grizzly Bear's 2017 release "Painted Ruins". By the classic trio, we of course are referring to the three Sir Michael Caines (just go with it, it's easier that way). Patrick Michael Caine succumbs to the "Metacricket", Jim Michael Caine regales us with another one of his trademark "international incidents", and Christopher Michael Caine? Well, let's just say he still knows a thing or two about Zelda. Enjoy.

We at it again (2019)! We're back talking about one of Patrick's all-time favorite and formative records "Angel Dust" by Faith No More, from the year of our lord 1992. We're joined in the studio by Nate Nemitz and Kevin Lynch of Bush Scrunity and Vos as we navigate this oddball of an alt-rock record. Just five guys talking about Five Guys.

019 - Kid A, or: It Really Whips The Llama’s Ass From Every Direction

Today on OMYAC, we hit the tough topics. Is when listening to Treefingers an appropriate time to eat pizza? Patrick thinks so. He and Jim swap some of their fairly twisted mental imageries surrounding the title track of Kid A. In Jim's case, it's probably because he's been eating too many blueberries. Guest Jim Connolly (this does not get as confusing as you'd think) of Banana Brownie tells us about his awesomely named college band that covered The National Anthem (and Morphine), and Christopher goes ahead and learns a little history about an application Mommies and Daddies once used called WinAmp. Spoiler alert: we all really liked this album, even if Christopher misses the weird YouTube compilation of all the times they said "Seaman Duck" on DuckTales. Just keep chugging along, little dudes.

Oh man! It's Porkie Pal time! On this episode of OMYAC we dive into 2002's In Absentia by prog rock group Porcupine Tree. We're joined by Nate Heroux, a long time friend of Jim's, who helps take us down memory lane. Jim experiences some PTSD and everyone works through it as a team or something. Then, some other things are discussed.

© 2020 OwlTail All rights reserved. OwlTail only owns the podcast episode rankings. Copyright of underlying podcast content is owned by the publisher, not OwlTail. Audio is streamed directly from Zero Science servers. Downloads goes directly to publisher.