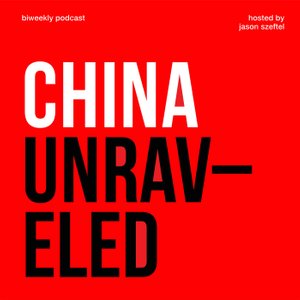 China Unraveled breaks through the propaganda. What does China's past, present, and future really look like? How does the truth impact the United States and the world? Tune in for a window into some of China's biggest secrets. 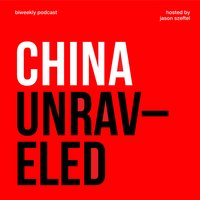 A Changing of the Guard

Trump is gone but tensions between the United States and China remain. In fact they are getting worse. Much worse.Every day both countries fire new sanctions and recriminations at each other. Biden appointed a Taiwanese-American trade lawyer as his Trade Representative. China is flexing its military muscles around Taiwan, Japan, and the South China Sea. A contentious first meeting in Alaska was deadlocked from the outset. Pundits are loudly talking about a new Cold War and an extended conflict between the two countries. So what is in store for the US-China relationship? Does new American leadership change things? Can China exploit Biden for its benefit? Did China successfully exploit Trump?And when all is said and done - once we peel off the varnish - will a President Biden really be all that different from a President Trump?On China the answer is already pretty clear.Tune in to hear how a bad relationship between the United States and China is about to get a whole lot worse.

China has been gaining ground. After decades of expansion its economy, technology, and military are formidable. Everyone wonders if and when it will grow more powerful than the United States. Many think a global power transition is inevitable, one where America exits stage left and China enters stage right. But will China actually run the world?Can China run the world? The US certainly seems to. Maybe all China has to do is take its place? Maybe it is as easy as sitting on an empty throneMaybe not.Tune in to hear what it takes to run the world and where China’s global ambitions will take it.

What is China's true potential? Evaluating a country's prospects can be hard because globalization briefly altered the basic mechanics of economic development. For decades capital, resources, and technologies flowed to every corner of the world. Anything seemed possible. Regions that had never developed came online for the first time. In this context how much of China's success was a result of the unique circumstances of the last few decades? And was China's ancient wealth and power really what we imagine it to be? Tune in to hear what China looks like when fact is separated from fiction. 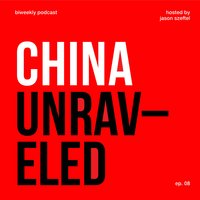 By the turn of the millennium Hong Kong was one of the world’s rare financial capitals and wealthier than all but a handful of places on earth.Why?After all many people predicated Hong Kong would collapse after it was handed over to China back in 1997.What did they get wrong and what did Hong Kong get right?The final episode in a three-part series on Hong Kong covers Hong Kong’s story since its return to mainland China. We dive into Hong Kong's role in the world economy, its failed push towards democracy, and the roots of its increasingly hostile relationship with mainland China. Trouble has been brewing under the surface for a long time.Tune in to learn what Hong Kong’s protests are about, why China responds the way it does, and what both mean for Hong Kong’s future.

In the second episode of a three-part series we dive into Hong Kong’s history from WWII to the 1997 handover to mainland China. How did Hong Kong gain the economy and reputation it has today? People take Hong Kong’s success for granted but its transformation into a wealthy, cosmopolitan city was never guaranteed. The forgotten economy that turned Hong Kong into what it is today has been off-shored and paved over. Tune in to hear about Hong Kong's remarkable evolution, a piece of its past now lost forever, and the city's darkening financial future. 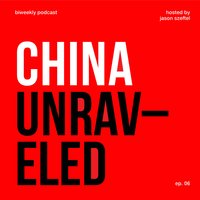 Hong Kong has been wracked by continuous protests since 2019. Even a pandemic could not stop a new round of protests over a controversial new national security law. Where are things headed? What is Hong Kong’s future? In the first of a three-part series, we trace Hong Kong’s history back to the earliest days of Chinese civilization. While China seems to be moving the relationship between the former city-state and the mainland in a new direction it is actually taking the relationship in a very old direction. Tune in to learn about how the the conflict between Hong Kong and China is part of a much older and more ancient struggle.

For decades our world has been defined by global supply chains. No country has benefited more from this situation than China. China’s share of global manufacturing is the largest in the world. Multinational companies centered their production in China and turned it into the world’s factory. How and why did this happen? Will it last? What is the global pandemic doing to this global system? Tune in to hear where global supply chains came from and where they are going.

This episode moves beyond partisan bickering to look at the roots of modern global trade. The last 75 years were a singular moment in world history. No other era had a non-imperial global trading system and for good reason. How and why did our current system come about? And how did China secure itself such a prominent role? Can China’s role last? What about the system as a whole? Tune in to learn how and why this system was built and whether it can withstand the challenges of the 2020’s.

The Arsenal of Medicine

China is the undisputed source of a catastrophic global pandemic. Its leadership now faces the worst public relations disaster in the history of the People’s Republic. Fixing the pandemic may be beyond China’s capacity but its leaders can try to change the narrative. They tried to morph from the source of the problem into part of the solution. In this episode we talk about China’s mask diplomacy. What are its goals and motivations? What does it look like on the ground and is it working? Tune in to find out. 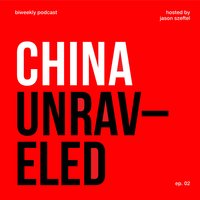 As the world’s most populous country was put in lockdown the world’s greatest propaganda machine went into overdrive. What really happened behind China’s quarantine? What were the real motivations for putting it in place? Did it work? China’s government is not telling the truth, the whole truth, and nothing but the truth. Listen in to hear what the Chinese government does not want you to know.

© 2020 OwlTail All rights reserved. OwlTail only owns the podcast episode rankings. Copyright of underlying podcast content is owned by the publisher, not OwlTail. Audio is streamed directly from Jason Szeftel servers. Downloads goes directly to publisher.