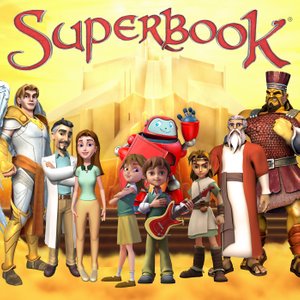 Superbook teaches children in every language and culture timeless moral truths and life lessons through the captivating, Bible-based adventures of two time-traveling children and their robot friend.

Superbook teaches children in every language and culture timeless moral truths and life lessons through the captivating, Bible-based adventures of two time-traveling children and their robot friend.

END_OF_DOCUMENT_TOKEN_TO_BE_REPLACED

Read more
Members of a Christian ministry team taken captive by Russian soldiers have been released.

TPi - Running For Our Lives

Read more
A Nigerian family flees their home country to save their lives and discovers their son is a Chess Prodigy.

Read more
Christians in the Ukrainian town of Bucha testify of God's deliverance from evil.

Read more
Despite the ongoing fighting in the East, some parts of Ukraine are starting to rebuild.

The Power of a Child's Prayers

Read more
Many people's prayers in Rajasthan, India, have been answered after a 10-year-old girl named Khushi prayed for them. She learned about God and the power of prayer while watching SuperBook in an Orphan's Promise after-school-program.

Read more
The free Bible app is a media-rich experience that helps bring the Bible to life with videos and images from the Emmy nominated SUPERBOOK animation series as well as with engaging interactive games.

Read more
Gizmo takes a look at Superbook.TV, a site where kids can play games, listen to music, learn about the Bible and more!

Superbook Brings The Bible To Life

Read more
It’s a new look for an old classic. This is CBN’s Superbook!

Read more
Produced by The 700 Club about the follow up of CBN's first anime series; Superbook in Japan.

Read more
Produced by The 700 Club about the launch of CBN's first anime series; Superbook in Japan.

Superbook - How It All Began

Read more
In 1981, one of the biggest programs airing on Japanese television was CBN's first animation series, Superbook. Although many are aware of Superbook's impact around the world, few people know why CBN produced Superbook in the first place. So lets take a familiar trip back in time with CBN's President, Michael Little and Vice President, Gordon Robertson.