Two geeks. One universe. 23 films and more! We talk about the MCU from start to present day, coming at it with one Celestial-like fan, there from the beginning, and one complete noob. Join us to hear our take on the universe as we journey across it together! 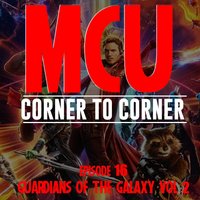 Episode 16: Guardians of the Galaxy Vol 2

"I'm Mary Poppins, y'all!"That's it. That's the quote.Listen to our podcast where two fans - one new to the whole thing, the other a fully-signed up die-hard who literally has MARVEL stamped into his DNA - and let us know what you think of this rockin sequel to the coolest film in the MCU. Want to find us?We're on Twitter @MCUc2c 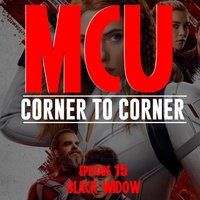 It's here!And it is EPIC!Black Widow has finally been released in cinemas across the globe and our intrepid podcasters Paul &amp; Geoff were quick to place their popcorn orders, find a comfy seat and settle in to watch Natasha Romanoff's long-overdue solo outing in the MCU.So... what did they make of it?Tune in, listen and find out in our BIGGEST podcast yet!Don't forget to check into our Twitter channel @MCUc2c, join the discussion and tell us what YOU thought of it all!See you there! 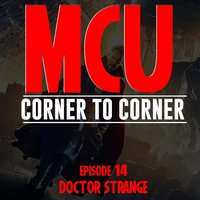 In this week's MCU Corner to Corner podcast, Geoff and Paul take a wander through the wizardly world of Doctor Strange, the story of how an arrogant, self-centred uber-surgeon transforms into a super sorcerer superhero to defend Earth from otherwordly threats...So, grab your Cape of Levitation, spin a portal to your nearest available Sanctum and settle down to listen to our take on this Strange entry in the Marvel Cinematic Universe.Don't forget to check into our Twitter @MCUc2c and let us know your thoughts! 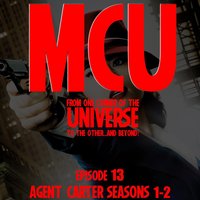 In this week's MCUC2C podcast Geoff and Paul take a brief diversion away from the movies to look at the Agent Carter TV series!First introduced in the MCU in 'Captain America: The First Avenger', Agent Peggy Carter deservedly earned her solo show and absolutely flourished, owning it from the get-go!Sadly the series only ran for two seasons before it was cancelled and this remains a source of regret for many Peggy Carter &amp; Hayley Atwell fans.Have a listen to our thoughts on Agent Carter's finest moments and join our Twitter @MCUc2c to let us know what you think!See you there! 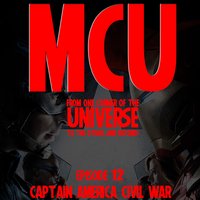 It's Iron Man vs Cap in the biggest showdown in the Marvel Cinematic Universe! Whose side are YOU on? Team Stark or Team Cap?Whose sides are Paul and Geoff on and what did Paul think of this film - given that he was sooooo WRONG about the awesomeness of The Winter Soldier? Listen in to find out the answers to these all-important questions and jump into our discussions on Twitter @MCUc2c 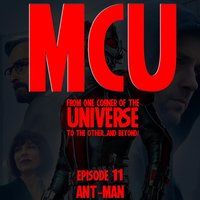 This week, in our continuing mission to watch (or rewatch) each of the Marvel movies in release order, we get down and dirty with ANT MAN!All Scott Lang wants when he's released from prison is a quiet life spending as much time as he can with his daughter.However, ex-SHIELD scientist Hank Pym has other ideas for Scott's future - which is just as well seeing as it doesn't take him long to be fired from his burgeoning career behind the counter at Baskin Robins... 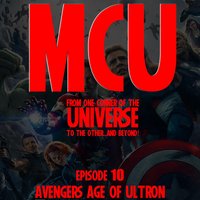 Is this the most chaotic Avengers movie ever assembled?Does it make any sense?Do we even care about that if we like the movie so much?Do we even like the movie?!Listen in as Geoff and Paul discuss the many ups and downs of the Age of Ultron and join our Twitter discussions on Twitter @MCUc2c 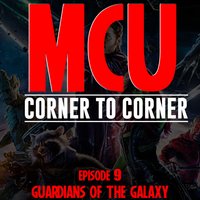 Episode 9: Guardians of the Galaxy

It's the dance-off to end all dance-offs!A kid from the 1980s becomes a galactic thief/ mercenary and teams up with the adopted daughter of Thanos, a foul-mouthed, gun-slinging (not a) racoon, a tattooed warrior with a big heart and a talking tree to defeat the evil machinations of a space warlord and save a planet from total destruction. Is this one of your favourite entries in the MCU or is it just... well ... completely nuts?Maybe it's both!Listen in as we talk about the sights, sounds and feels of Guardians of the Galaxy, and join in with our discussions on Twitter @MCUc2c 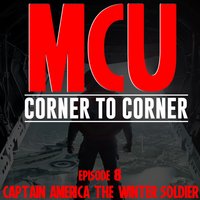 MCU Corner to Corner Episode 8 : Captain America - The Winter Soldier.Steve Rogers, getting to grips with the modern world, finds himself on the run, not knowing who his friends are or who he can really trust when he discovers that SHIELD has been infiltrated by an enemy from his own distant past now bigger and more powerful than he could ever have imagined!Were all his sacrifices for nothing?Much loved by fans across the globe, the Cap's second outing is widely regarded as an undisputed masterpiece! An espionage thriller that overturns everything we all thought was secure in the Marvel Cinematic Universe!However, one of us doesn't agree with the film's many passionate and loyal fans and has found himself on the run with nowhere to turn and nowhere to hide...Who can he trust? Where can he go?Listen in for the biggest hot take of the series so far! 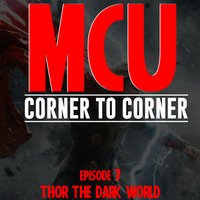 This week Geoff and Paul cross the Rainbow Bridge and return to Asgard in the second Thor movie: The Dark World.Dark Elves invade and Loki watches it all from his dungeon cell.Meanwhile on Earth, Jane Foster and Darcy investigate a series of strange anomalies which have the ability to seemingly transport objects from one place to another in the blink of an eye.So what did we think of The Dark World?What do YOU make of it?Listen in and join us on our Twitter @MCUc2c!

© 2020 OwlTail All rights reserved. OwlTail only owns the podcast episode rankings. Copyright of underlying podcast content is owned by the publisher, not OwlTail. Audio is streamed directly from MCUC2C servers. Downloads goes directly to publisher.