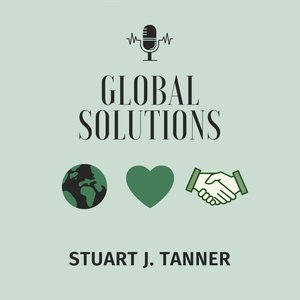 Global Solutions explores the world’s economic systems, political institutions, transnational bodies, and globalized economy. We examine how, in combination, they perpetuate a situation of fundamental global inequality and an unequal access to the vital prerequisites for living a healthy and fulfilling life. These global imbalances and lack of access to resources, challenge the human dignity and sustain the suffering for hundreds of millions of people. The Global Solutions podcast promotes paradigms that are based on just and sustainable practices, and provide self-determination and resource sufficiency to all of humanity. 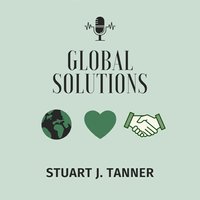 Throughout history, change has been led by people who’ve responded to the deepest and most universal impulse to improve the life of their fellow human beings. They are the ones that felt the calling, responded to the need of the time, and led the way. They spoke for the least well off, the downtrodden, those who suffered from afflictions, such as disease, and those who were abused by the people how had power over them. Every progressive step, and the overthrowing of old orders and paradigms has required the courage, passion, and commitment of great leaders. They are the ones that saw what must be done, who felt righteous anger over injustice and inequity and took up the cause and led the way. They used their voices, dedicated their lives, and gave what they had to work for the betterment of their fellow human beings. The great social, economic, and cultural revolutions, have come about because of these leaders.

The Art of Protest

Art can be a powerful form of protest and activism. The reason authoritarian governments shut down artists is because they explore, investigate, and scrutinize, all propositions for how we should live, how we should understand life, how all social or political institutions should, or should not, function and behave. Art is a force of liberation in the modern world. It questions any assumptions about what it is to be human, and how humans should live, or be organized.

Activists, and activist groups, are an expression of the evolutionary drive that propels humans to want to see progress for the individual and their society.An activist’s goal is to address the underlying causes of inequality, poverty, corruption, climate change, environmental degradation, etc. Activists advocate for transformational change to address global issues. Achieving transformational change requires increasing the awareness of an issue, altering altitudes, the implementation of new government polices, shifting the world to sustainable and just practices.

What is it that promotes independence, freedom of action, and self-sufficiency for people and nations around the world? What is it that promotes dependency and lack of freedom of choice?Promoted by celebrities, political leaders, and religious figures around the globe, foreign aid has become a popular—and controversial—subject. Proponents insist that wealthy nations have a moral duty to assist poor countries and must expand aid budgets, while critics argue that such aid is useless and can in fact damage local economies and promote long-term dependency.

Every issue needs advocacy for things to change, new policies to be adopted, to inspire people to care and take action, and to raise awareness of an issue. For this reason, campaign groups and NGOs know that they have to use the full power of storytelling, the media, creativity, their own voice and the voices of others to highlight the issue and to bring about positive transformation. In this podcast we discuss what it takes to run an effective campaign on an issue.

An introduction to the Global Solutions 2 course. Starting with a deep dive into a global issue, we begin to appreciate the world's most pressing global issues and what we can do to address them.

Voices from the Deep

There are still so many forces at work that divide us, promote disharmony, fragmentation, abuse of the planet and human rights, but there has always been those who have worked for the good of all. Their message has been one that unites humanity, promotes harmony and the attainment of a good standard of living and equal opportunity for all of humanity. Humans have the capacity for great empathy, compassion and understanding of the experience and plight of others. We can rise above our own limited needs and desires and seek to do that which will be of benefit to others.

Can the world liberate itself from a norm of exceptionalism, and discrimination based on ethnic group, religion, race, and culture?

The Foundations of the Modern World

In this module we consider what led to the formation of liberal democracies and the freedoms we enjoy in a modern society. We also consider the strength of American democracy and the challenges that it's currently facing. If we are to transform the world and address the critical global issues we've been looking at, we need healthy representative governments, an end to authoritarian regimes, and the eradication of corruption.