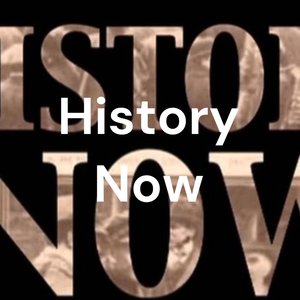 History Now is a weekly history show, broadcast on Northern Visions TV in Belfast and presented by historian Barry Sheppard. A focus on Irish and world history, the show's host speaks with local and professional historians from across the world on a range of historical topics. (All podcasts of History Now episodes are courtesy of Northern Visions Television Belfast). 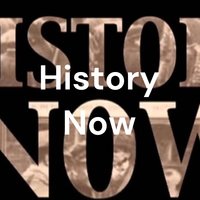 Barry Sheppard discusses the life of Mary Ann McCracken with Paula Reynolds and Aaron McIntyre from the Belfast Charitable Society.

Barry Sheppard is joined by authors Dr Gareth Mulvenna, "Tartan Gangs and Paramilitaries: The Loyalist Backlash" and Dr Jonathan Evershed "Ghosts of the Somme: Commemoration and Culture War in Northern Ireland" to discuss Loyalist youth gangs and Loyalist and Unionist commemorations of the Somme.

Brian J. Dooley - Second Generation Irish and the Cause of Ireland.

Barry Sheppard is joined by human rights activist and author, Dr Brian Dooley.  Author of several books, including "Robert Kennedy: The Final Years" and "Black and Green: The Fight for Civil Rights in Northern Ireland &amp; Black America", Brian is speaking to Barry about Ireland and the Irish diaspora and his book "Choosing the Green? Second Generation Irish and the Cause of Ireland".

Barry Sheppard speaks with American philosopher, political activist, social critic, and public intellectual, Professor Cornel West.  Recorded on NVTV for History Now's 100th episode, Professor West discusses how history has played an important role in teaching philosophy and discusses some of the historical figures who have made an impact upon his life.

Recorded in February 2020, Barry Sheppard was joined by Dr Brian Hanley from Trinity College Dublin, and Dr Ida Milne from Carlow College to talk about the aborted commemoration of Royal Irish Constabulary officers who died during the Irish War of Independence, asking if this proposed commemoration impacted Fine Gael's 2020 election campaign.

Barry Sheppard speaks with Dr Stuart Mathieson about the history of science vs religion and his Leverhulme Trust-funded project Fundamentalism as an Ulster phenomenon? Popular Protestantism, 1859–1939.

Barry Sheppard is joined by former National President of the rural Irish organisation, Muintir na Tíre (the People of the Land) to discuss the organisation and its founder Canon John Hayes, on the 90th anniversary of its first meeting (7 May 1931).

Sexual violence in the Irish revolution with Professor Linda Connolly

Professor Linda Connolly of Maynooth University joins Barry Sheppard to talk about her research into sexual violence during the Irish revolutionary period.

© 2020 OwlTail All rights reserved. OwlTail only owns the podcast episode rankings. Copyright of underlying podcast content is owned by the publisher, not OwlTail. Audio is streamed directly from Barry Sheppard servers. Downloads goes directly to publisher.