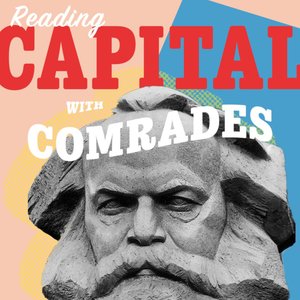 An interactive, chapter-by-chapter class on Karl Marx's 'Capital' Volume 1 for all skill levels, taught in 12 episodes by socialist educators. 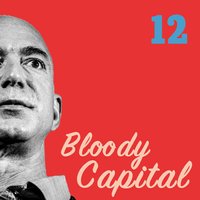 Our twelfth episode studies the last part of the book, chapters 26-33, which Marx begins by critiquing bourgeois political economy’s concept of “primitive accumulation.” Throughout the book so far, Marx has assumed that the conditions of capitalism already exist: a class of those with nothing to sell but their labor power and a class that owns the means of production (while noting they are not “natural” conditions). Now we discover how these conditions–and the legal and ideological structure of capitalism–came to be: the individual and state-sanctioned thefts of land, the repression (including incarceration, whipping, branding, and execution) of the dispossessed, slavery, and colonialism. Along the way, Marx presents a brief but important summary/overview of the rise of capitalism and the potential rise of socialism, as well as some quick hints about what exactly revolution might entail. Noting that Marx never relegated this form of accumulation to a bygone era, we go over some examples of how it shows up today and how it continues to be important to capitalism. Contact us with questions or feedback at ReadingCapital@LiberationSchool.org 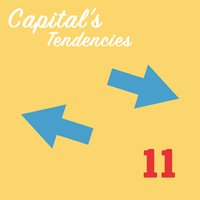 Our eleventh episode concentrates on chapter 25, where Marx synthesizes his findings so far to articulate some general laws (or tendencies) of capitalist accumulation. We cover the different compositions of capital before turning to the two models of accumulation Marx proposes, the difference between concentration and centralization, and how the centralization of capital provides the material foundation for communism. We clarify the general law of capitalist accumulation and the absolute general law of capitalist accumulation before examining the impacts they have on the working class, including the production of an industrial reserve army. After examining how the reserve army serves as a lever of capitalist accumulation, we go next to reviewing some of the layers of the industrial reserve army--including the “dangerous classes”--and relating them to our contemporary condition. We draw out that here Marx is insisting that the working class includes all of those who are oppressed and exploited by capitalism and what this means for organizing. Finally, we spend some time on the colonization of Ireland and how Marx’s thought about the relationship between anti-colonial and socialist revolution developed over time. Articles mentioned in this chapter US gov’t jobs report: The reality behind the fakery https://www.liberationnews.org/us-govt-jobs-report-the-reality-behind-the-fakery/ Contact us with questions or feedback at ReadingCapital@LiberationSchool.org 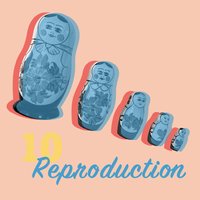 Our tenth episode marks a transition from examining the production of capital on an individual scale to capitalism as a totality that continually reproduces and expands. We begin with the introduction to Part 7 of the book (the only part that has one), where Marx defines the circulation of capital and articulates the assumptions he makes in the following 3 chapters. Then in chapter 23, we define simple reproduction, a logical schema Marx uses to set the the stage for the next two chapters on reproduction on an expanding scale. Simple reproduction allows us to see that the reproduction of capital is the reproduction of the class relation--of the command of capital over labor--and that it is the working class that reproduces the totality of capital. Next, we return to Marx’s concept of productive labor in light of this analysis, because here Marx shows that workers--even those who are unemployed or engaged in non-waged forms of work--are still crucial to reproducing capitalism. With chapter 24, we move from simple reproduction to reproduction on an expanding scale--or the accumulation of capital--where Marx corrects some erroneous assumptions of bourgeois political economy, attends to the relationship between economic production, the legal system, and ideology, and explains how the logic of capital requires the constant revolutionizing of the means of production. We again draw out his mention of communism and consider its relationship to his earlier remarks. Article mentioned in this episode: Social reproduction: A theoretical framework with organizing potential https://liberationschool.org/social-reproduction-a-theoretical-framework-with-organizing-potential/ Contact us with questions or feedback at ReadingCapital@LiberationSchool.org 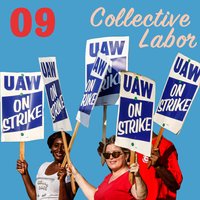 Our ninth episode reviews chapters 16-22, starting with a discussion of the commonly misunderstood concept of “productive labor.” We clarify Marx’s use of this concept and the role it plays in Marxist theory and organizing. We then reconsider the relationship between relative and absolute surplus value, viewing them as a contradictory unity and as strategies capital pursues to exploit workers. In the second part, we turn from the value of labor to its money expression: the wage. In addition to revealing the ideological role that wages play in capitalism--what we might call the “wage fetish”--we think through different forms of wages and the distinct functions each form embodies for capitalists and workers in the class struggle. Finally, we touch on national differences in wages and the relevance this has for analyzing imperialism and international trade. Contact us with questions or feedback at ReadingCapital@LiberationSchool.org 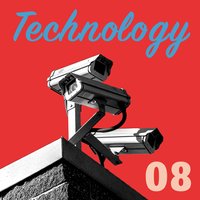 Reading chapter 15 on machinery and modern industry, episode 8 focuses on the relationship between technology, capital, and class struggle. After examining Marx’s method of approaching technological transformation, we show how machinery provides the adequate technical foundations for the capitalist mode of production because it displaces and objectifies the knowledge and skills that were formerly held in the living body of the worker. Going through the different sections of the chapter and assessing how they relate to our contemporary organizing, we review: the role machinery plays in capitalist expansion (in terms of class power, colonialism, and imperialism); how it changes the life and organization of work by atomizing workers and subjecting our labor and bodies to machinery; how technology is a response to and site of class struggle; and the role that the state plays in all of this. Because machinery enables capitalism to stand on its own, we also get a first glimpse at industrial cycles of expansion and crisis and how capitalism produces structural unemployment (an industrial reserve army). Throughout the episode, we pay attention to technology fetishism and the idea that technology “develops” and “advances,” and that it’s always a gain for humanity. We also highlight Marx’s mention of how communism could transform the role technology plays in our lives and the world at large. Contact us with questions or feedback at ReadingCapital@LiberationSchool.org 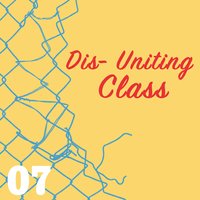 Our seventh episode covers chapters 11-14. After covering the rate and mass of surplus value, we examine how capitalists can increase surplus value (and therefore exploitation) without making the working day longer, which leads to the distinction between absolute and relative surplus value. Absolute surplus value is produced by prolonging the working day, but given the political and natural limits of the working day, how can capital increase surplus value? By shortening necessary labor time (the value of labor power and variable capital) and therefore lengthening surplus labor time. The last half of the episode considers some of the ways capitalists pursue relative surplus value, specifically through cooperation and the division of labor. Through cooperation, we see how capital begins producing the social collective worker--and the potential for class unity against capital--at the same time as it produces new forms of exploitation. By examining the division of labor in handicraft and manufacture, we see how capital individualizes workers at the same time as it unites them. At the end, we observe how manufacture--because the worker is the motive force--poses a limit to capitalism’s command, and how this is an example of the disjuncture between the forces of production and the relations of production. Contact us with questions or feedback at ReadingCapital@LiberationSchool.org 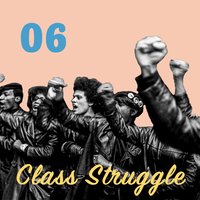 Focusing on chapter 10, our sixth episode locates class struggle as the motor of capitalism and as that which determines the rate of exploitation and the value of labor power. By examining how the “normal working day” is established--in theory and in historical practice--Marx emphasizes how the command over time is central to the class struggle. We spend some time on his theorization of the state in this chapter, which takes on the dual function of managing inter- and intra-class conflict, which introduces the contradiction between individual and collective capitalists and the role of reform in the class struggle. We also broach the fundamental role that slavery and colonialism played in the development of capitalism, and how the latter transformed the former. Contact us with questions or feedback at ReadingCapital@LiberationSchool.org 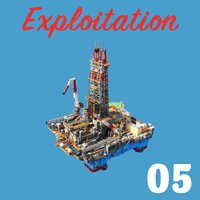 Our fifth episode covers chapters 7-9, which move us deeper into (absolute) surplus-value and the exploitation of labor power. We begin by distinguishing labor in general from labor power as a commodity, before uncovering the roots of surplus value in the exploitation of the latter. Surplus value and exploitation arise from the contradiction between the value and use-value of labor power. To explain this, Marx introduces the distinction between necessary labor and surplus labor, as well as the two forms of capital he’s concerned with in this book: constant capital and variable capital. Contact us with questions or feedback at ReadingCapital@LiberationSchool.org 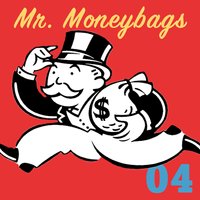 Our fourth episode covers chapters 4-6, where Marx offers the first definitions of capital, surplus-value, labor power, as well as the relationship between the legal superstructure and the economic base. Picking up on the introduction of money into the exchange process and the contradictions between use-value and exchange-value, we begin by distinguishing C-M-C from M-C-M’, before questioning where the increase in M (or surplus-value) comes from. The answer? Labor power! The end of the episode discusses the unique properties of labor power, how its value is determined, the conditions under which it’s exchanged, and how the buying and selling of labor power alone can’t explain surplus-value. Contact us with questions or feedback at ReadingCapital@LiberationSchool.org 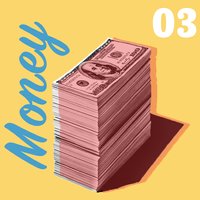 Our third episode takes up chapters 2 and 3 on exchange and money, where the C-M-C circuit makes its first appearance. After setting up the juridical conditions of market exchange, we look at how money arises out of and transforms the exchange process. Next, we examine some of the contradictions inherent in the money-form, including those between C-M and M-C, and how these are intensified forms of the general contradictions between exchange-value and use-value. We discuss the origins and value of money, the difference between price and value (and what this has to do with sanctions and tariffs), credit, and money’s role as a 1) measure of value, 2) medium of circulation, and 3) means of payment, and the contradictions between these functions. Articles mentioned in the episode: The myth of democracy and the rule of the banks (part one) https://liberationschool.org/rule-of-the-banks-pt-1/ The myth of democracy and the rule of the banks (part two) https://liberationschool.org/rule-of-the-banks-pt-2/ Contact us with questions or feedback at ReadingCapital@LiberationSchool.org

© 2020 OwlTail All rights reserved. OwlTail only owns the podcast episode rankings. Copyright of underlying podcast content is owned by the publisher, not OwlTail. Audio is streamed directly from Reading Capital With Comrades servers. Downloads goes directly to publisher.