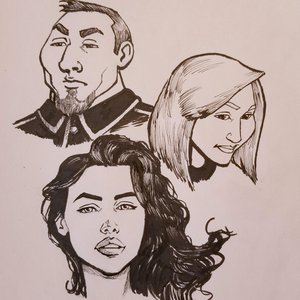 A fantasy audio series inspired by the characters, factions, and stories from Nathaniel Thompson's childhood imagination. Follow Luke Stoneflex, Julia Weatherton, Viara Sable, and others as they navigate political conspiracies, post-war conflicts, interspecies combat, and countless other perils on the planet Kirkwood. 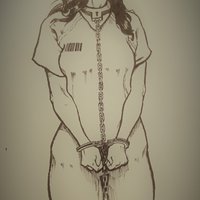 Luke Stoneflex vows to serve the Royal Crown as the first Earthkin member of the Shining Knights. Julia Weatherton is reinstated as an agent in the CSS and given a task. Viara Sable finds herself in a strange room and learns the startling truth about herself. Such events are the beginning of the turmoil that is to come. 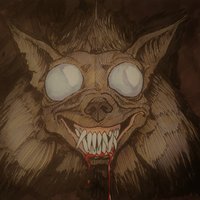 Caught in the midst of a terrifying disaster, Viara Sable strays true to her purpose for attending the Royal Fundraiser. After surviving a massive explosion, Luke Stoneflex emerges into the Royal Palace and joins a group of survivors in a desperate battle. Julia Weatherton awakens after nearly dying and learns about the situation of current affairs. Disaster has struck the Central Union and things will never be the same again. 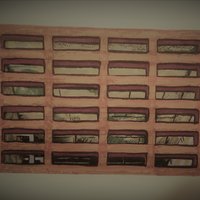 After being released from service to the Royal Crown, Luke Stoneflex argues with his partner before having an epiphany in a public restroom. Julia Weatherton follows the lead of her new boss in tracking down the Arachnapleb, before things change drastically for her. While livestreaming the event for her viewers, Viara Sable goes to the Royal Fundraiser and has an unusual interaction with an extraordinary stranger, before the event gets interrupted. Evil emerges in the very heart of the Central Union. 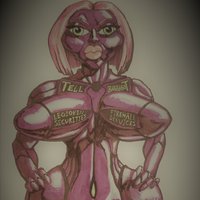 After an embarrassing encounter with her bodyguard, Viara Sable receives encouragement from a lifelong friend, just in time for the upcoming fundraiser. Running out of time to accomplish her mission, Julia Weatherton receives not only unexpected help but a confession from her ex. After deciding that he has had enough time in an accelerated healing tank, Luke Stoneflex joins his partner in following a lead down to the southern region of the Central Union, where the two of them will make a surprising discovery. 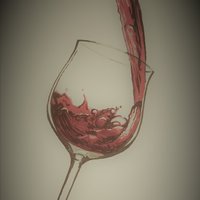 While searching a decrepit warehouse, Luke Stoneflex fights a group of hostile aliens before falling into the hands of a military agency. Time is wasted when Julia Weatherton finds herself in custody then gets taken to a tense meeting between the Royal Crown and the CSS. Trying to escape the grief of losing a friend and facing the pressures of the upcoming fundraiser, Viara Sable gets a little too comfortable with her bodyguard. 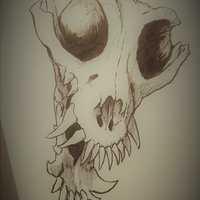 Supermodel Viara Sable finds herself in the waiting room of the hospital in Tvoor, where she struggles with the reality of what it means to attend the Barbakin Annual Royal Fundraiser. Battered from a recent scuffle with her ex, Julia Weatherton reports to Sir Aaron Roseprick on the results of her most recent assignment, only to find herself in yet another humiliating encounter. After having his partner rejoin him, Luke Stoneflex goes to Phovor to track down the Arachnapleb threat and stumbles upon an expected find. 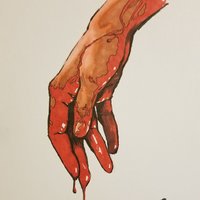 Controversial supermodel Viara Sable looks down the blaster barrel of an armed assailant before getting hit. Making her escape from her assignment, Julia Weatherton has an unexpected encounter with a familiar face and learns about alarming information that relates to the Royal Crown. Luke Stoneflex goes to Dinenor to pursue a possible lead, hears that his partner accomplished an assassination without him, and finds himself alone in the den of a notorious crime lord. This day, there is bloodshed in the Central Union. 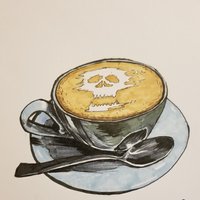 Frustrated with his recent order, Luke Stoneflex gets some early morning coffee and finds himself in an unexpected interaction. While wrestling with secret information she learned about the Royal Fundraiser, Viara Sable is shaken by a sobering encounter. Abandoned by her partner, Julia Weatherton carries out the order she's been given regarding a famous supermodel. A polite exchange, a humbling moment of conviction, and an argument - choices will be influenced for better or for worse. 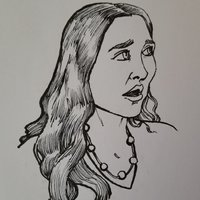 After agreeing to be an aristocrat's date to an upscale fundraiser, Viara Sable quickly learns the seriousness - and unexpected implications - of her commitment. As Julia Weatherton travels back into the Central Union, she and her partner receive an unexpected order that entails a famous supermodel. Luke Stoneflex questions his partner about the ambiguity of the Barbakin Annual Royal Fundraiser. Powers are on course to clash in Tvoor, the capital of the Central Union. 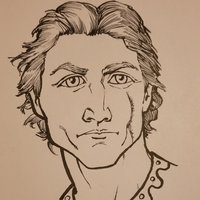 Julia Weatherton interrogates a corrupt ambassador and learns about an illegal shipment linked to a powerful aristocrat, who is close to the Supreme Queen. After he cracks jokes about their assignment, Luke Stoneflex silences his new partner's frustration with him by clearly stating his attitude towards her. Viara Sables becomes a little more comfortable with her new bodyguard, before she meets with a powerful aristocrat and is offered an unexpected proposition. Evil is at work within the Central Union and it is secretly weaving a sinister plot against the Royal Crown.

© 2020 OwlTail All rights reserved. OwlTail only owns the podcast episode rankings. Copyright of underlying podcast content is owned by the publisher, not OwlTail. Audio is streamed directly from Nathaniel Thompson servers. Downloads goes directly to publisher.