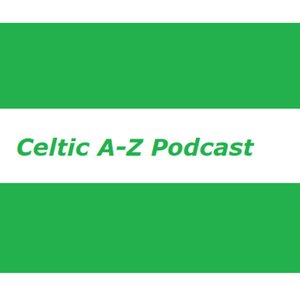 Each week we'll nominate our choices to go into our Celtic A-Z before voting on the entrant, listen in for memories, facts and fun for nominations from Auld to Zurawski. Additionally, tune into the second part each week where we will compile our Alternative A-Z of artefacts, songs, places, and everything else connected with Glasgow Celtic. 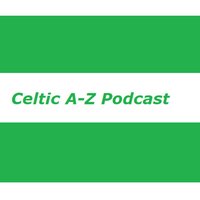 Celtic Vs the ESL

This week we look back at Celtic's record against the so called elite teams who attempted to set up the doomed European Super League!From amazing victories against Barca, Juve, Man Utd and of course Inter, to the agonising exits against Milan and Liverpool and the shameful antics of Athletico Madrid, we've given a good account of ourselves over the years against the heavyweights. Join us as we try to pick out our best moments against the ESL!

This week we discuss whether an unsuccessful season (losing the title) can be an enjoybale one and look back over 3 memorable campaigns 88/89, 95/96 and 99/00. In the second half we turn our attention to unsuccessful players, paying tribute to Tommy Coyne, Tony Mowbray and Vidar Riseth.

In this special we look back at the 97-98 season and the mission of stopping 10IAR...

In the first of our specials we look back to the formative years of the club pre-1900. We discuss 'The Committee' and early custodians like John Glass and Pat Welsh, some of the early succcesses inlcuding the first Scottish Cup and original 'Invincibles', the club's first superstars - Dan Doyle and Sandy McMahon, and the first wave of Celtic supporters with Brake Clubs coming from across the Strathclyde region.

This week we complete the alphabet by discussing the merits of the 3 Z-players from our history, 'Magic' Zurawski, Zheng Zhi &amp; Lukasz Zaluska, but who will get the nomination...Beyond this we use the 'Zaire' lyric from Over &amp; Over as an excuse to run through the different nationalities who have worn the hoops before finishing with a humourous look at the entity from across the city !

This week we induct 'Sunny' Jim Young as an honorary pick, and also pay tribute to Ian Young who did manage a few games in the 66-67 season. Beyond that our focus changes to 'Why?' and we discuss the strange signings of Carlton Cole &amp; Pat Mcginlay as well as the appointment of Dr Jo.In the second half we take a look at some of the players who have came through the youth ranks before finishing on You'll Never Walk Alone, and our favourite Celtic songs

This week, in the absence of any X players (sadly we never signed Xavi!), we focus on our Ex's; the ones who got away (Pat Crerand, Alex Bennet, Liam Miller) and the ones who came back to haunt us (Harald Brattback, Craig Beattie, David Fernandez and Jo-Inge Berget). We also take some time to appreciate all the Ex's who went on to manage the club.

This week we begin with an honorary inductee in Willie Wallace, before going on to debate the merits of Evan Williams, Morten Weighorst and Mark Wilson as well as paying due respect to Peter Wilson who gave the club 10 years service in the 20s and 30s. In the second half our wildcard picks include the Wembley Cup, Ian Wright and the infamous Battle of Montevideo - the World Club Champioship!

This week we lean heavy on our Dutch players of the last 25 years with nominations for Big Pierre, Big Jan and Big VVD, but who will get the place in our A-Z...In the second half our wildcard picks include Rudi Vata, Mark Viduka and (Rapid) Vienna, one of the most infamous games in our history.

This week, in the absence of any 'U' players, we finally get around to our promised Lisbon Lions special!We talk through the 11 men who played that day, the great Jock Stein, the backroom team and the wider squad before reviewing our route to the final and the legendary game itself, complete with testimony from a family member who was actually there, enjoy!